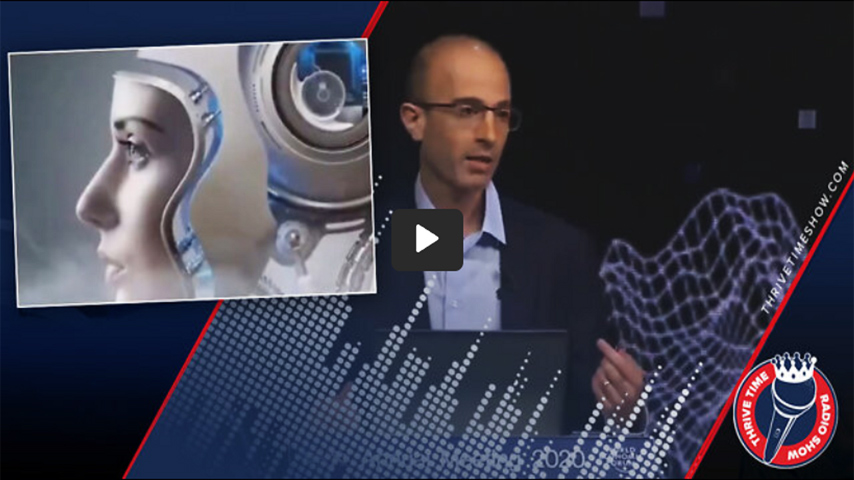 Israeli intellectual Yuval Noah Harari claimed that humans are now hackable animals – adding that a combination of biological knowledge and sufficient computing power and data made this possible.

Harari, a professor at the Hebrew University of Jerusalem, said during an interview: “Humans are now hackable animals. The idea that humans have this soul or spirit, they have free will and nobody knows what’s happening inside me – so whatever I choose whether in the election or in the supermarket, that’s my free will? That’s over.”

“Today, we have the technology to hack human beings on a massive scale. Everything is being digitalized [and] monitored.”

In a separate lecture, Harari explained how humans can be hacked through the equation B*C*D=AHH. “Biological knowledge, multiplied by computing power, multiplied by data – equals the ability to hack humans (AHH),” said the intellectual.

“If you know enough biology and you have enough computing power and data – you can hack my body, my brain and my life. You can understand me better than I understand myself. You can know my personality type, my political views and my deepest fears and hopes. And you can do that not just to me, but to everyone.”

Harari continued: “In the past, many tyrants and governments wanted to do it. But nobody understood biology well enough, and nobody had enough computing power and data to hack millions of people. Neither the Gestapo nor the KGB could do it. But soon, at least some corporations and governments will be able to systematically hack all the people.

“We humans should get used to the idea that we are no longer mysterious souls. We are now hackable animals. A system that understands us better than we understand ourselves can predict [and] manipulate our feelings and decisions, and can ultimately [decide] for us. By hacking organisms, elites may gain the power to re-engineer the future of life itself. Because once you can hack something, you can usually also engineer it.”

Harari also pointed out that the current Wuhan coronavirus (COVID-19) pandemic serves as a chance to bring hackable humans closer to reality. He said during the interview: “It’s often said that you should never allow a good crisis to go to waste because a crisis is an opportunity to also do ‘good’ reforms that in normal times, people will never agree to. But in a crisis, you see, we have no chance – so let’s do it.”

The Israeli scholar branded COVID-19 vaccines as tools to usher in a new era of “surveillance under the skin.”

“The vaccine will help us, of course. It will make things more manageable, [such as] surveillance. People could look back in a hundred years and identify the [COVID-19] pandemic as the moment when a regime of surveillance took over – especially surveillance under the skin,” said Harari.

“This ability to hack human beings, to go under the skin, collect biometric data, analyze it and understand people better than they understand themselves … is the most important event of the 21st century.”

Based on revelations divulged by Dr. Vladimir “Zev” Zelenko, Clark pointed out the National Institutes of Health‘s 2008 research on blocking the VMAT2 gene. This gene, also called the “God gene,” is responsible for influencing spirituality. Things came to a head 11 years later in 2019, when a Chinese researcher utilized messenger RNA technology to deliver CRISPR gene editing.