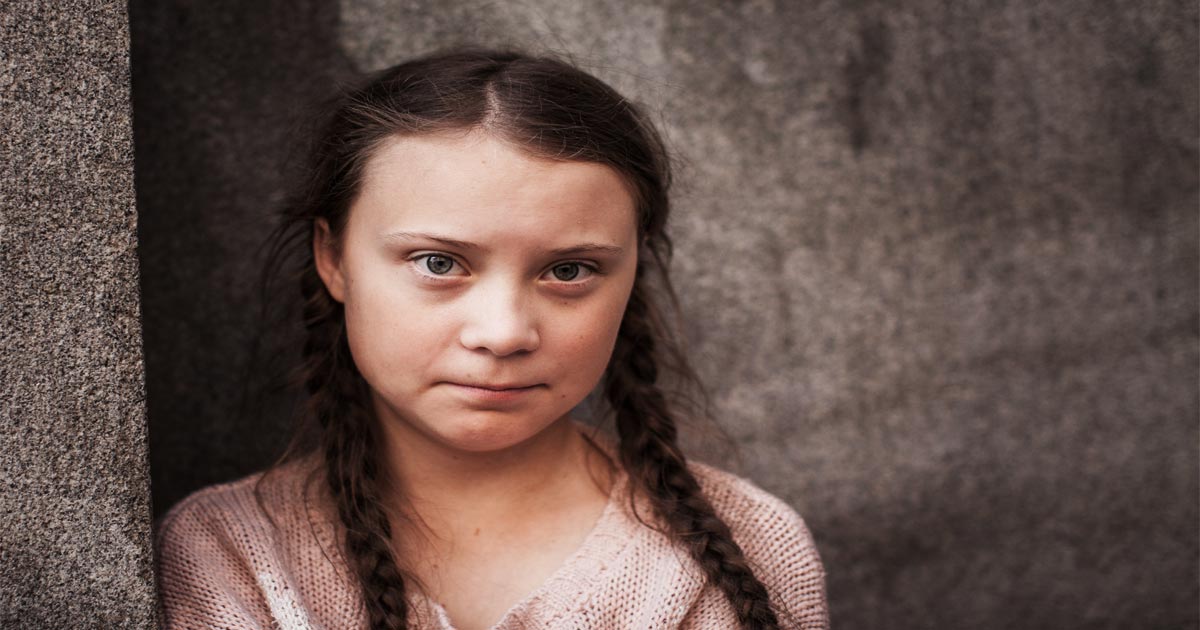 In 1960, writer John Hersey (1914-93) published a disturbing novel, ‘The Child Buyer’, about talented children being ‘bought’ by government operatives from their parents, for mysterious agendas of ‘saving the world’. 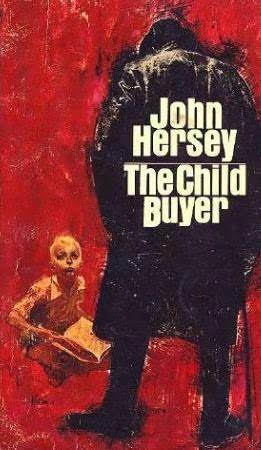 Many around the world are now unsettled at what we have seen, of an age 16 Swedish young lady with self-admitted mental vulnerabilities, pushed onto the world stage, with some very disturbing elite forces doing the pushing.

Jim Stone reports that “Swedish authorities showed up at Greta’s parents’ house and have launched a child abuse investigation” (Jim Stone’s website precludes normal article links, but his latest is accessible via his IP URL).

In many photographs with Greta, guiding her, and shielding her from journalists who ask the ‘wrong’ questions, is her official ‘handler’, Luisa-Marie Neubauer, Hamburg-born age 23 youth ambassador of the ‘ONE Foundation‘, a vehicle of George Soros & Melinda & Bill Gates.

The €4 million yacht on which Greta sailed to the USA, was a yacht of the Rothschild family, who transferred it to German tycoon Gerhard Senft. Co-captaining the voyage was Pierre Casiraghi, grandson of Monaco’s late Prince Rainier III and actress Grace Kelly.

Readers of this site quickly see the issue in all this – “The Illuminati uses mentally challenged children like Greta Thunberg to advance their perverse agenda”.

And in fact, Greta’s show at the United Nations, was a replay of a similar event 27 years ago. In 1992, Severn Cullis-Suzuki, then 12 years old, daughter of famous Canadian environmentalist and TV personality David Suzuki (born 1936), addressed the plenary session of the UN Earth Summit in Rio de Janeiro, where she “silenced the world for five minutes” … saying “We’re A Group Of 12-Year-Olds Trying To Make A Difference”; her ‘Listen to the Children’ UN speech on the environment on YouTube.


With the love and respect that many of us have for nature and the environment, we are vulnerable to the long-running psy-ops. 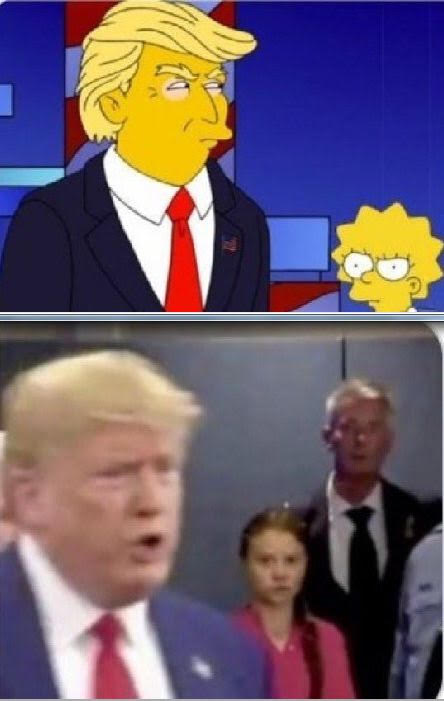 Continuing a rather amazing series of things being seen in advance on ‘The Simpsons’ cartoon show, we have some frames of an episode with cartoon Donald Trump, rather like Trump’s ‘accidental’ meeting at the UN with Greta Thunberg.

This has been now going on for decades … in the 1990s, Al Gore and Enron, ‘saw the future’, where banks like Goldman Sachs could profit from ‘climate change carbon credit trading‘.

In yet another sign of cabal fingers in this affair, “Justin Murphy tweets that if Greta Thunberg guides global policy, then we ‘cannot object to Jeffrey Epstein paying 16-year-olds for sex‘”.

There was an unconfirmed report of a UK teen girl committing suicide over ‘climate change disaster’ hysteria. Even if that isn’t true, we have a situation of mass manipulation and fear-mongering of impressionable youth, who are too young to have seen the long history of scams and lies fairly continuously sold by ‘officials’ & ‘experts’.

Greta Thunberg’s distraught emotional melt-down at the United Nations raises the issue of serious misconduct by her celebrity-basking parents, and by these billionaires and millionaires funding and ‘managing’ her. One would wish that the shady characters seeking profit from Greta’s actions and pain, immediately stop all their manipulations of her.

My hope is that young Greta will soon be able to go back to local home and community and be able to enjoy true friends, who are perhaps not famous, but at least not on the payroll of George Soros or profit-seeking financial speculators.