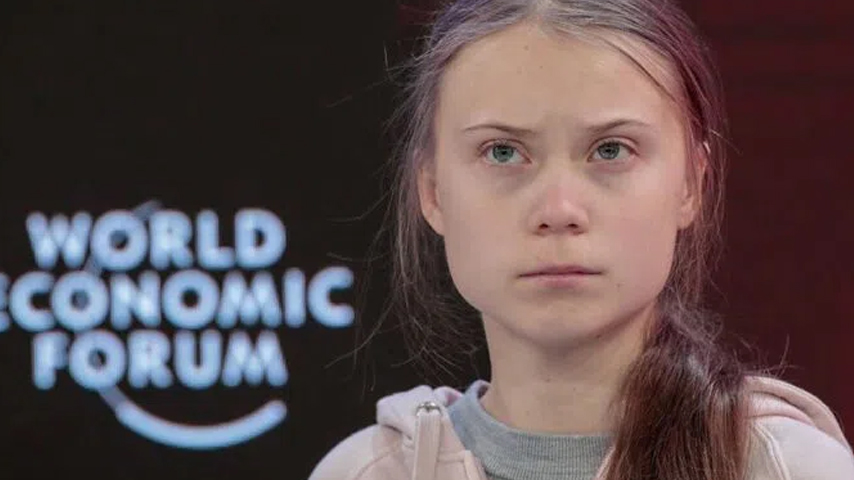 Thunberg, who is an official agenda contributor of the World Economic Forum, made the remarks during an appearance at London’s Royal Festival Hall on Sunday to promote her new ‘Climate Book’.

Nicholas Harris from UnHerd was there to watch Thunberg take off her mask and outline her manifesto.

Previously, she’d sold herself as a five-foot human alarm bell, a climate Cassandra. Her role was to warn, not to instruct: her most viral moments involved her scolding political leaders, not trying to supplant them. She strenuously avoided programmatic detail, saying such things were “nothing to do with me”. But now, on stage and in this book, she has found her political feet, specifically the Left-wing ideology of anti-capitalism and de-growth.

Interspersed among the usual directives about the need to pressure political leaders, her message was more radical and more militant than it has been in the past. There is no “back to normal”, she told us. “Normal” was the “system” which gave us the climate crisis, a system of “colonialism, imperialism, oppression, genocide”, of “racist, oppressive extractionism”. Climate justice is part of all justice; you can’t have one without the others. We can’t trust the elites produced by this system to confront its flaws – that’s why she, much like Rishi Sunak, won’t be bothering with the COP meeting this year. COP itself is little more than a “scam” which facilitates “greenwashing, lying and cheating”. Only overthrow of “the whole capitalist system” will suffice.

So now we are finally seeing the contours of Thunbergism. Run your eye down the contributors to The Climate Book and you can see who she’s been reading: Jason Hickel, Kate Raworth, Naomi Klein. For these people the climate crisis isn’t man-made. It’s made by capitalism, as are the other forms of social injustice which plague society. There’s no GDP growth – especially of the capitalist sort – without increasing carbon emissions. The only solution to this state of emergency is for rich countries to immediately abandon economic expansion as a social goal.

As we have previously reported, the climate change agenda is merely radical leftism dressed up in a more palatable format.

Bill Gates was even caught on video admitting the climate change agenda is a giant scam for the New World Order in a newly surfaced video in which he boasts that the term “clean energy” has “screwed up people’s minds.”

According to Gates, who was speaking to an audience of his inner circle in 2018, wind, solar, battery technology and other renewable energy sources might be fashionable, but they are NOT capable of solving climate change.

As you can see in the video footage below, the fact that renewable energy is not actually capable of solving climate change, despite being sold to us as the cure for so-called man-made global warming, is hysterically funny for Bill Gates.

Why does he find it so funny? Perhaps because he is making a fortune out of these so-called “clean energy” sources and capitalizing on the gullible masses with their “screwed up minds.”

Damning stuff from the father of clean energy himself.

7,500 Americans are killed or disabled EACH DAY as vax jabs victims imploding under “decivilization” assault

48% of Democrats Support Criminalizing Criticism of Vaccines With Imprisonment, Fines