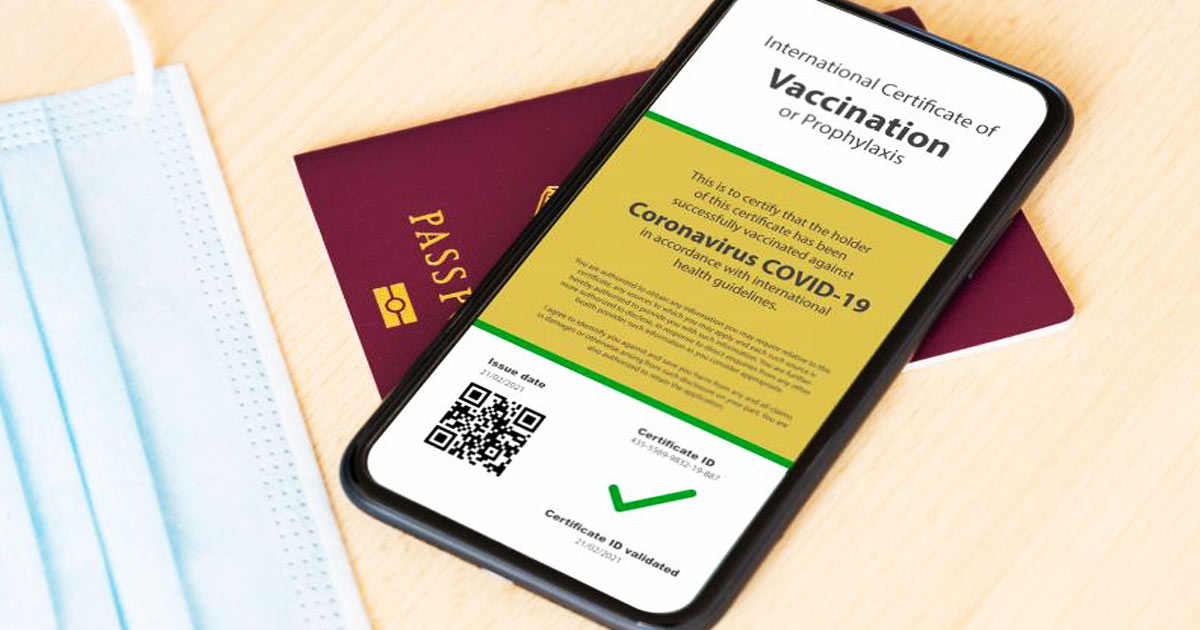 An Israeli woman has reached out to the world to bring attention to a vaccination campaign in her country that she says is creating a “medical apartheid.”

Ilana Rachel Daniel, a health adviser and member of Israel’s new Rappeh party, has been giving interviews to express her opposition to the country’s “Green Pass,” or “green passport” scheme, which allows those who have been fully inoculated, or who recovered from COVID-19, to use certain public facilities.

In a recent interview with Dutch YouTube star Flavio Pasquino, Daniel stated that the “Green Pass” system has created a “second-class citizenship, a true medical apartheid that is disallowing healthy, law-abiding, tax-paying citizens from entering their places of culture if they do not participate in this experiment.”

According to the Jerusalem Post, Israel’s Green Pass, which was launched in February, allows participation in such places as gyms, theaters, hotels, concerts, and synagogues. It can be downloaded as an app onto smartphones or printed out from the internet at home. It contains a scannable QR code. Businesses, including stores, ask shoppers to produce their Green Pass before they enter.


The Green Pass is issued by Israel’s Health Ministry and is valid for six months from the first week after a vaccinated person’s second dose. Israeli children are not yet being vaccinated, but children who have recovered from COVID-19 can receive the vaccination passport, which appears on their parents’. Those who make or use fraudulent Green Passes run the risk of a prison sentence.

Despite the rollout of the Green Pass, Israel Health Minister Yuli Edenstein has stated that vaccination is not mandatory and there will be no “personal sanctions against those who choose not to be vaccinated.” Daniel disagrees. She believes that the Israelis are being coerced.

“Our Prime Minister, Benjamin Netanyahu, has taken the initiative to sign us up without our informed consent to be the experimental subjects for Pfizer’s rollout of their experimental technology, and they are doing so with just short of brute force,” she said.

“There’s a profound governmental and social pressure already to rush into this experiment, and in Israel, they don’t even speak about it as if it’s an experiment whereas the rest of the world is fully aware that’s exactly what that is,” Daniel said.

The health adviser stopped short of saying vaccination is mandatory in Israel but stressed that the “Green Pass” vaccination passports were exacerbating divisions in Israel by perpetuating the idea that any healthy unvaccinated person is necessarily a danger to other people. The sight of people not wearing masks has already caused anxiety to those conditioned to do so.

Daniel also underscored that people are not giving informed consent, saying the data on side effects are not being collected by the Ministry of Health, people are not told about the potential side effects, and they are not able to make “benefit-risk analyses.” She cited incidents of Bell’s Palsy and heart failure in Israelis soon after they were inoculated and the authorities’ insistence that these adversities cannot be related to the vaccine.

Daniel was reluctant to use the term “vaccine,” stating that the Pfizer injection is not really a vaccine but an “experimental gene treatment.” She said that vaccines take years to develop and that in the past this “gene treatment” had never made it past animal trials.

“And now we’re sticking it into the entire Israeli nation,” she lamented.

Daniel accused the Israeli government of betraying Israelis, particularly the elderly Holocaust survivors being “experimented on” in their own hopes in the country meant to be their “refuge.” She is also disgusted that pregnant women are being asked to come in for vaccinations and told that the vaccine will protect their baby when it is well known that children are least at risk for COVID-19.

She believes that the contract between Pfizer and the Israeli government states that a certain quota of Israelis must receive the vaccine. Apparently, Israelis have even been offered slices of pizza as an incentive to get the injection.

For two months now, there have been concerns in Israel that the first dose of a COVID-19 vaccine might make people more susceptible to the virus. According to Israel’s oldest running magazine Haaretz, the Health Ministry announced in January that more than 12,400 Israelis tested positive for COVID-19 after being vaccinated, and 69 tested positive after receiving a vaccination.

Journalist Alex Berenson, who has been studying and publishing Israeli COVID-19 information on Twitter, says that even Israelis who have had two inoculations have caught COVID-19.

“Israel has reported hundreds of Covid deaths and hospitalizations in fully vaccinated people,” he tweeted.

‘I was furious’: Mom enraged after learning teacher taped a face mask to her child’s face