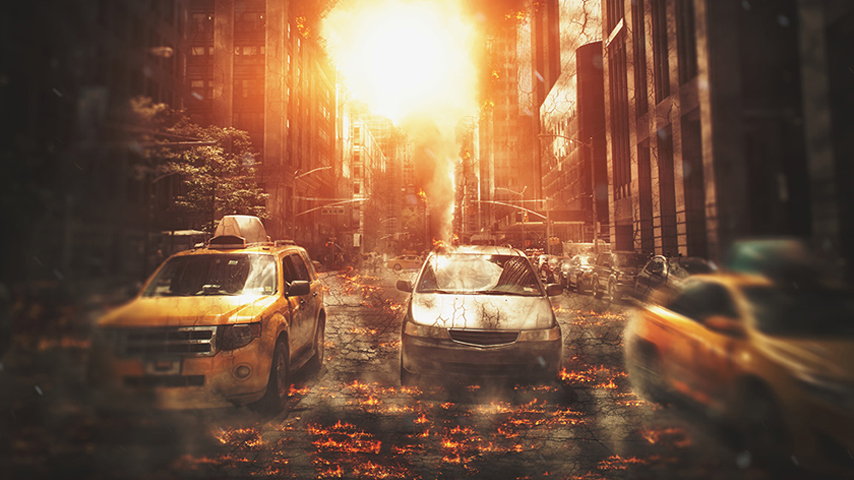 The Great Reset, which is promoted by the globalists, refers to the rebuilding of society and the economy following the COVID-19 pandemic. The Great Tribulation, on the other hand, refers to the period spoken of by Jesus that uses tribulation in a context denoting afflictions of those hard-pressed by siege and the calamities of war.

Hagmann, who is coming off a jaw surgery, let Quayle do much of the talking.

Quayle pointed out that people are now seeing the West and the Western media converging to help Lucifer begin his reign of terror in the world. The radio host and former editor-publisher of Survival Quest noted that the world is now witnessing the vilification of Russia by the Western governments and Western media.

According to Quayle, America has declared war on God. He said that people are going to blame God for the pulpit because the “pulpiteers” are giving false hopes. He cited Jeremiah 18:7-11, which talks about God’s judgment on a nation or kingdom. Quayle said that is one of the Scriptures in the Holy Bible that most people cannot understand.

“You cannot pray against God’s judgment. You can pray for God’s mercy in the midst of judgment. But the bottom line is, the satanic ritual abuse, the child sacrifice, some of the most horrific things – people just dismiss them. Most people, unless they see it for themselves unless they experience it for themselves, just simply dismiss it. They dismiss it because it’s more fun to be entertained than it is to fight evil,” Quayle said.

“And evil says, ‘Hey, we’re going to get them with the entertainment.’ And now you’ve got nothing but incredibly wicked programming, and it’s getting darker and darker and more supernatural. So, is the Great Reset the Great Tribulation? I believe it is absolutely one and the same.”

Quayle added that it is important for people to understand the Scripture, which is very clear that people won’t be able to buy, sell or trade if they don’t have the mark of the Beast. He also dismissed people’s argument that the Great Tribulation is nothing more than the political climate in the world.

The book author urged people to pray and reminded them that they should not get mad at God when there is no food on the shelves, when prescription medicines are no longer available and when they see some of the most horrific things happening.

Quayle said America has been undergoing a communist takeover and takedown. He also believes that America is undergoing God’s judgment and a call for national repentance is needed if people want God to withhold His judgment upon the American nation.

The majority of Christians in America don’t believe in Jesus and the Word of God, Quayle said, and very few are standing up against the vilification of Christians.

According to Quayle, freshwater will be the most precious commodity in the world when a “mega drought that is beyond anything most people can imagine” happens. He added that when the water disappears, food will also disappear. Global starvation leads to global genocide, which Quayle said is the extinction protocol.

The antichrist will not rule by spirit, but by digital impulse. Quayle said the merging of humans with machines is being used to advance global interests, reshape humanity and gain complete control over every aspect of human life through a global ID card.

Watch the video below to know why the Great Reset will start the Great Tribulation.