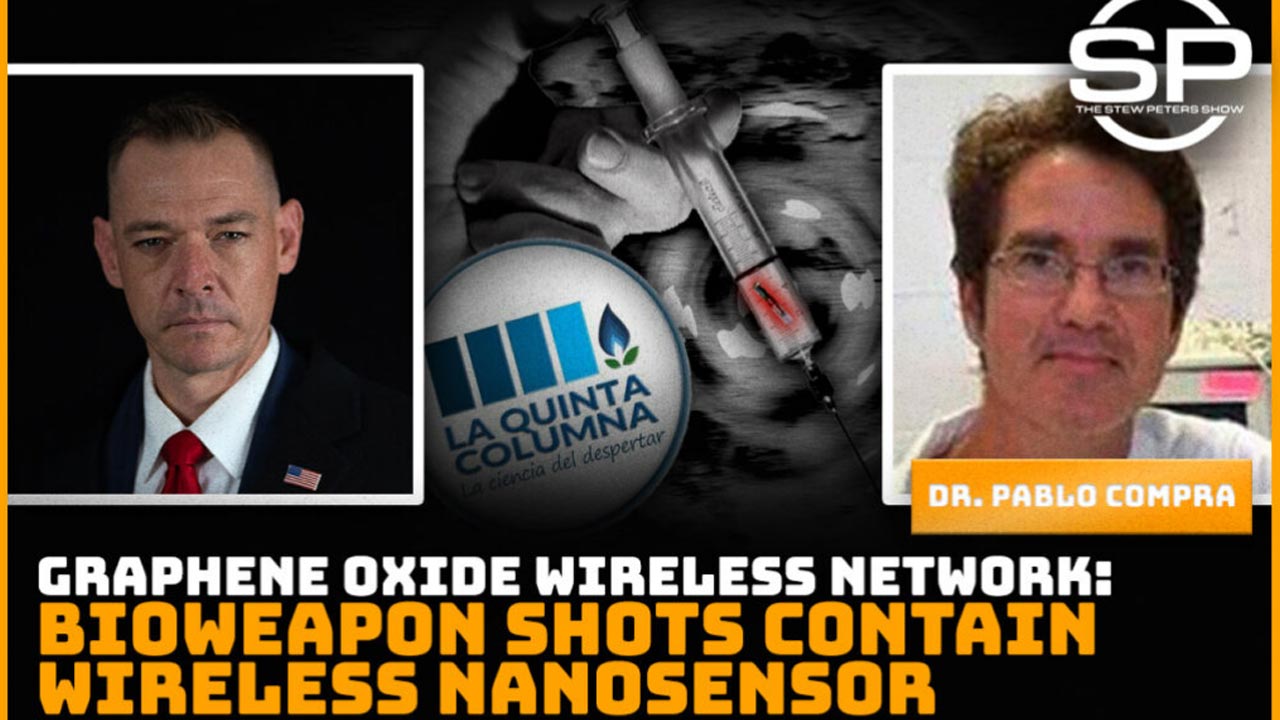 We’ve repeatedly mentioned the work by “La Quinta Columna” in Spain. That name means “the Fifth Column,” and it’s a group of dissident research who have investigated these vaccines. Most importantly, they’re the ones who studied a vaccine sample and found graphene oxide in it.

Dr. Pablo Campra Madrid is a professor of chemical sciences at the University of Almeira. But he’s also affiliated with La Quinta Columna and has dedicated himself to performing an independent analysis of vaccine samples. And he’s now released his findings in three parts. Earlier this month, he put his full graphene oxide findings on ResearchGate. And his findings were clear: Using a technique called micro-Raman spectroscopy, he found ample evidence of graphene oxide structures within random vaccine samples.

But Dr. Campra’s follow-up research could be even more important. In another ResearchGate paper, Campra speculates that micro-structures seen in the vaccines, made of graphene oxide, could be components in a wireless nanosensor network.

We have already outlined the work of Dr. Chinda Brandolino who has said it’s a nanoprocessor. In plain view for those who want to see the micrographs of the electron microscope study made by Kalcker. It’s clearly seen, in the magnification, a small, perfect, quadrangular, precise-edged, metallic corpuscle, which is the same as any nanoprocessor in nanotechnology-responsive devices.

That nanoprocessor is driven from a 4G Plus or 5G antenna. That is, all G technology is the same. The difference lies in that the packet of information that an antenna can transmit is much larger in 4G Plus and 5G, 6G, and 7G.

And Dr. Luis De Benito who is a digestive physician with a Ph.D. in molecular biology presented an excerpt of the research on the mysterious MAC addresses detected in vaccinated individuals with Bluetooth apps.

He advocated the possibility that MAC code is generated as a result of the interaction of what’s injected with the genetic material of the patient. Perhaps not so much with their DNA as with the larger compatibility complex, the HLAs, which are ultimately derived from the genome.