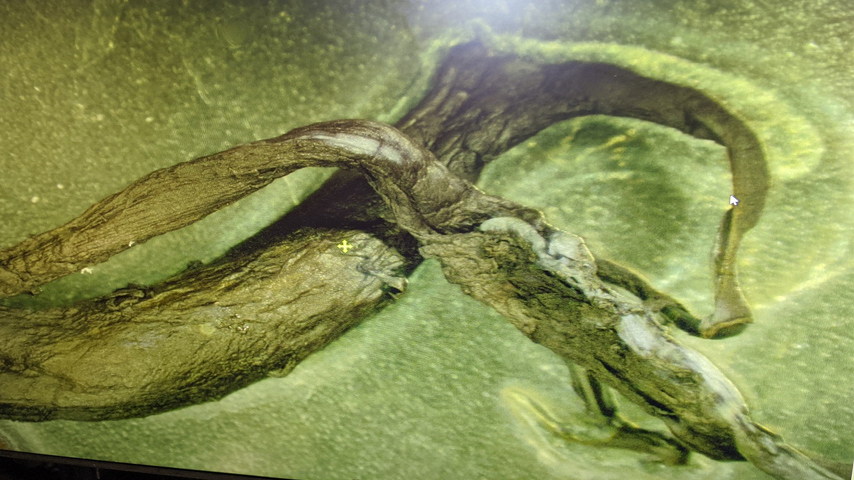 Groundbreaking information has come to light about the role of graphene, which many believe is contained in or produced by Wuhan coronavirus (Covid-19) “vaccines,” in radio frequency electronics.

A paper published in the journal Nature Communications back in 2014 — entitled, “Graphene radio frequency receiver integrated circuit” — explains how graphene has “superior electrical properties” and has strong potential as “a future channel material in radio frequency electronics.”

“Fabrication of a graphene integrated circuit without significantly degrading transistor performance has proven to be challenging, posing one of the major bottlenecks to compete with existing technologies,” the study’s abstract reads.

That fabrication method, we now know, involves the use of nearly nanoscale-sized circuit components that are assembled for the purpose of radio signal amplification, filtering, and down-conversation mixing.

How does this relate to Fauci Flu shots, you might be asking? Firstly, there has been much credible speculation as to the true contents of the shot vials, with some evidence out there that suggests they contain graphene.

The Health Ranger also made an incredible discovery recently about covid jab-related clots that are not, in fact, blood clots as many previously believed.

These non-blood clots, the Health Ranger further found using mass spec laboratory analysis, contain high concentrations of electrically conductive elements such as sodium (Na), aluminum (Al), and tin (Sn). The clots themselves also appear to draw or harvest metal elements from the circulating blood supply to build and expand their structure and size.

“It is noteworthy that many of these elements are conductive. Aluminum, for example, is the most common alternative to copper for use in electrical wiring,” the Health Ranger writes. “Sodium is an alkali metal that is highly conductive, and tin is used as the primary component in solder alloys used to manufacture or repair circuit boards.”

The 2014 study mentioned earlier discusses how graphene is used to create tiny circuit boards of microscopic size that enhance the conductivity and use of other metals. Could it be that Fauci Flu shots are self-assembling tiny circuit boards from metals siphoned from the blood, resulting in clots?

“The clot is almost entirely lacking key marker elements that would be present in human blood (such as iron and potassium) yet shows significantly higher concentrations of elements that are used in electronics and circuitry,” the Health Ranger writes.

What is the true purpose behind these self-assembling clots?

It does not appear that these clots are “living” in the same way as, say, hair or fingernails. They appear to be “dead” biostructures that self-assembled to the point of killing their host – though it could be that they were living before their victims died.

“Prions, for example, are self-assembling but non-living biostructures too,” the Health Ranger further explains. “They are essentially misfolded proteins that spread throughout the brain (or other regions), causing morphological alterations that nullify both the normal structure and function of neurological cells.”

“Something does not have to be alive in order to be self-assembling. Even viruses, as described by traditional virology, are dead structures which are nevertheless self-assembling and can ‘grow’ in size and mass in terms of their aggregate population.”

This is more than likely just the tip of the iceberg in terms of what these clots actually are, and what their true purpose is. Why are covid injections causing people’s bodies to build these suffocating masses that grow in size to the point of killing their hosts? Is the only goal just to depopulate, or is there more to it than that?

Since the Health Ranger also discovered strange fibers in the masses, one of our readers was reminded about Morgellons disease, which is demarcated by tiny fiber parasites that emerge from the skin following exposure to certain toxins.

“Would be interesting to see an experiment conducted where elements found, not so much in quantity but more in ratio to each other, where Na, Al, Sn, are subjected to 5GHz spectrum shifts,” added another about how he would like to see the elements in these clots exposed to 5Ghz radio waves, which are different than the 4.3Ghz radio waves looked at in the 2014 study about graphene.

“Of particular interest, 26GHz to 30GHz (blood plasma affected), and 60GHz (oxygen atom gets severely affected). Distances of [less than] 1M (Bluetooth level mV, cell ph. usage), 10, 30, 100 meters. If you find these external influences triggering the coagulation of these and other elements already present in humans, we may have hit the jackpot. It is too much of a coincidence the concentration of ‘vaccine’ deaths to, not just 5G zones, but areas of high wi-fi and microwave exposure.”

Others speculated about the possible presence of calcium inside these non-blood clots, hoping that the Health Ranger will divulge whether or not that substance is found in them or not.

“I’d also read up on the nano graphene-based tissue scaffolding technologies,” added another, hearkening back to the findings of the 2014 graphene study.

Harvard professor: ‘Make the burden of being unvaccinated so high that people will have to comply’