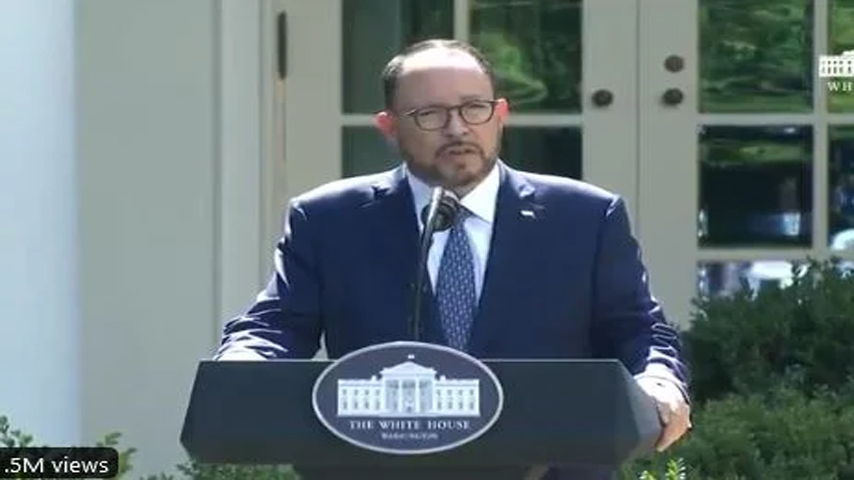 The CEO of Goya Foods is now warning about a global food crisis.

With the highest inflation rates in history according to some measurements, the price of food is going up.  Mix this with increased costs of fertilizer which is coming out of Russia, and a likely food crisis is in the works.

The World Economic Forum has confirmed a global food crisis.  They live on the crisis to steal power.

Bob Unanue: “We are on the precipice of a global food crisis. God created humanity. Humanity has created every way to destroy itself — from nuclear to biological to chemical. But now we’ve waged a war — we’ve weaponized food. In Ukraine — between the Ukraine and Russia — they represent 50% of the world’s production of fertilizer, 30% of wheat, 20% of corn, 2.5 million acres of sunflowers, other food and minerals . . .

“We’re going to have to tighten our belt and consume less. We’ve gone from oil independence to oil dependence. We’ve given up that position — to have our oil at cost . . . When we bring in stuff from — let’s say, Thailand — coconut water. We’re paying 10 times the freight we usually pay…

“The biggest component in food and anything is transportation. Transportation has skyrocketed because we’ve given up our independence. When you have an unbalance in food production — in 2008, the price of grains tripled. Why? Because we were planting corn for ethanol instead of rice and grains and other things . . . When you have an imbalance in the world production — 50% of fertilizer — the farmers are paying double for fertilizer. They’re planting less. Their yields are gonna be less. Costs are gonna go up . . .

“It’s a very tight balance. And if we interrupt food production, we will have a food crisis. Prices will go through the roof…” If you’re worried a global food crisis is coming, have a full pantry, plant a garden and get to know local farmers.

Another way, if you can afford it, is to stock up on long-lasting ’emergency food.’

‘Emergency food’ means food kits packed with 2,000-plus calories a day that last a long time — some for as long as 30 years.

MyPatriotSupply is now the largest preparedness company in America.

You can put emergency food kits in storage in your house — and worry less about what your family will eat if a “food crisis” ever hits home.

The best time to prepare for a “food crisis” is today.

Whatever you end up doing — do something.

After a “food crisis” is here, it’s too late.

But firstly trust Jesus as your Lord and Savior. Repent for your sins and ask for forgiveness. The hour is late.