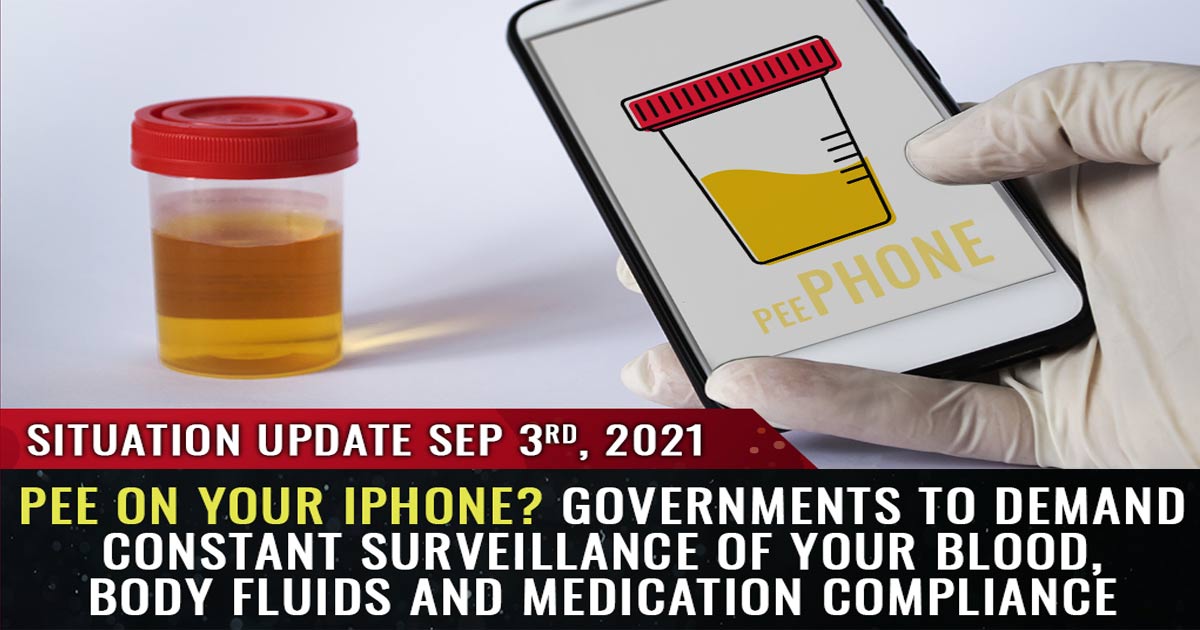 The world we know is rapidly collapsing into a totalitarian medical police state where governments claim the power to constantly monitor your location and your compliance with their demanded medical interventions.

As InfoWars reported yesterday, the government of South Australia is now experimenting with a bizarre, Orwellian system that would require citizens to carry government-mandated apps on their phones, then respond to government requests for face photos and proof of your location within 15 minutes of being “pinged” by the government. In other words, you’d be a prisoner in your own country, constantly surveilled by the government and required to snap photos of your face to prove you are where your phone is currently located.

But it gets even worse.

Pfizer is now pushing an ivermectin clone drug that will likely cost a hundred times more than ivermectin, and it’s designed to be taken daily, alongside mandated vaccines. Not only is ivermectin being trashed by the media and the White House in order to clear the way for this ivermectin replacement drug (which will enrich Pfizer with tens of billions of dollars in new revenue), but you’ll be required to prove you’re taking it on a daily basis, or you will lose your “vaccine passport” status.

Got it yet? It all started with “two weeks to flatten the curve,” followed by, “take these two shots to gain your freedom.” But now it has morphed into THREE shots (the booster, remember?), with a fourth booster coming soon, a daily Pfizer drug, and soon a government location-tracking app that you have to use to prove your compliance with the drugs and the vaccines.

Before long, you’ll have to pee on your iPhone which will ship with a sensor that detects medication compliance in your urine.

(I don’t know about you, but I think we’d all be better off we were to just sh#t on our iPhones and be done with it.)

That was the whole point behind the Theranos analysis instrument that was being pushed by that fraudulent company — it was designed to monitor your blood on a daily basis, then upload your blood biomarkers and gene sequencing blueprint to deep state servers. The Theranos equipment was really just a blood monitoring/surveillance system disguised as a medical analysis instrument.

Remember, all the people currently going along with vaccines, mask mandates, and social distancing will gladly comply with government monitoring of their medication compliance and locations. They almost worship obedience and can’t wait to have yet more opportunities to comply with tyranny on a daily basis.

Over the next several years, of course, many of those people will be dead, having killed themselves with “vaccine” injections that weren’t vaccines at all, but rather deadly bioweapons.

If you want to survive all this, you need to evade the government monitoring systems, avoid the deadly vaccines, say NO to the toxic medications, and defend your privacy and natural immune system with nutrition and detoxification.

We are now living under an attempted global mass murder scheme that’s playing out like clockwork. It is survivable, but perhaps a billion or more human beings will not make it out alive. Make sure you are among those who make it through because we will have to rebuild civilization on the other side of all this.

Basic arithmetic is now too offensive for the ‘cancel culture’