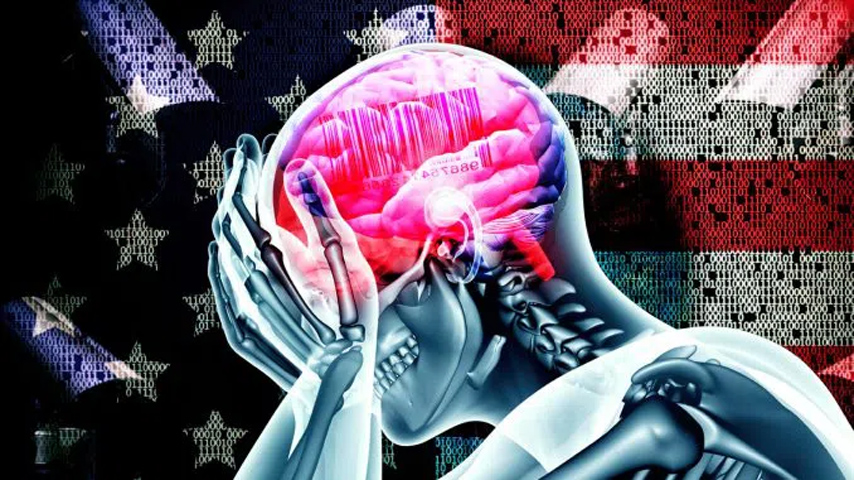 The government has accidentally sent evidence of a top-secret mind-control weapons program in an email responding to a Freedom of Information Act request on a totally unrelated topic.

According to the accidentally-released government files, Psycho-electronic weapons are a powerful mind-control weapons system capable of being deployed in various ways. Is this another case of a “conspiracy theory” becoming a conspiracy fact?

In response to an FAOI request about Antifa and white supremacists, journalist Chris Waltman was emailed a file named “EM effects on human body.zip.” The contents of the file included several images with information on something called psycho-electronic weapons.

The first image from the file is a diagram of the human form with various ways the weapons use electromagnetism to attack the mind and body. Effects include “forced memory blanking”, “Controlled dreams”, and “Microwave hearing.”

The diagram shows “psycho-electronic” weapons that appear to use electromagnetism to create a wide variety of effects on the subject, including reading or writing your mind, causing intense pain, “rigor mortis,” forced orgasm, and for some reason a whole lot of itching.

Effects of Psycho-electronic Weapons Include:

The second image accidentally emailed to Curtis Waltman at Muckrock.com is a diagram showing the various ways the weapon system can be deployed.

It appears the weapons system can be operated from a small device in a neighboring home, a helicopter flying above, a truck parked on the street and even through antenna towers straight into your brain. (5G internet towers anyone?)

The third image explains the electronic signal. The different ranges of frequency for the distinct brain waves that the human brain produces. Which are Delta, Theta, Alpha, Beta, Gamma and Mu.

The presence of these records should not be seen as evidence that DHS possesses these devices, or even that such devices actually exist. It is extremely odd the government has such detailed images stored on the computer of someone with access to classified documents. As would have to be the case for this file to accidentally be emailed to Waltman.

What are these strange documents? Are they real weapons?

If I had to guess, I would say maybe, it’s possible they are real and in use by the government. Remember, in the 1960’s they created remote-controlled dogs.

If you’ve heard of the Havana Syndrome then some of the symptoms may sound familiar.

You can download the file sent to Curtis Waltman at the link below.