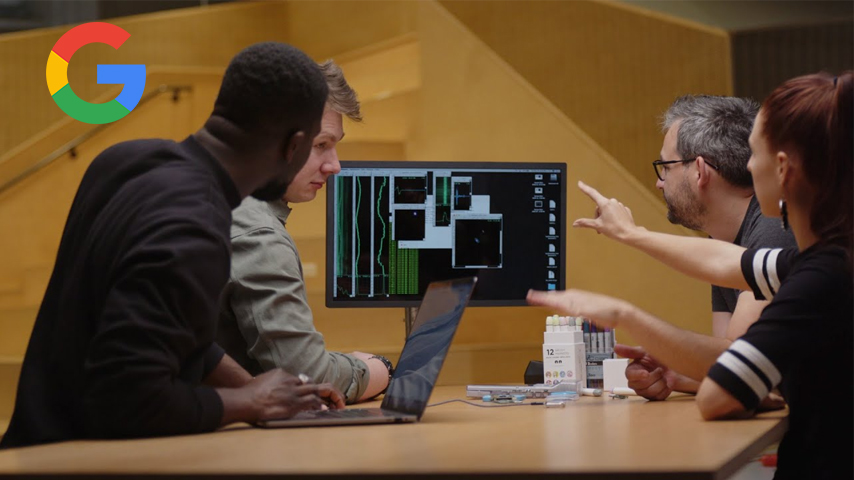 If tech giant Google succeeds in a new project, devices will not even need cameras to track a user’s every movement.

What if your thermostat reminded you to take an umbrella with you, or your TV automatically paused your Netflix show when you stood up? What if your computer highlighted notifications based on how close you were standing?  Sound dystopian? Google’s Advanced Technology & Projects division (ATAP) is aiming to achieve just that level of technology, WIRED reported. ATAP is reportedly studying proxemics (“the study of how people use space around them to mediate social interactions”) and radar applications to develop technology able to detect details such as body orientation and the direction a person’s head is facing and act upon that data.

Google has previously used radar to sense body movements, including the Soli sensor, Google Pixel 4 and Nest Hub smart display. The Nest Hub detected both movements and breathing patterns of the sleeper, WIRED wrote. “The same Soli sensor is being used in this new round of research, but instead of using the sensor input to directly control a computer, ATAP is instead using the sensor data to enable computers to recognize our everyday movements and make new kinds of choices.” This raises all kinds of concerns about privacy and the invasive nature of Google’s tech.

WIRED and Google highlighted the fact that the technology would not need cameras as evidence of it being less invasive, but if technology can track your every move without a camera, isn’t that even more worrisome? How is radar “privacy-friendly” when, by ATAP’s own admission, environmental aspects like darkness affect radar less than cameras? And how do Americans know they can trust Google with such incredibly detailed data?

This research by ATAP will be part of a new YouTube series called “In The Lab With Google ATAP,” according to WIRED.

ATAP Senior Interaction Designer Lauren Bedal reportedly said, “We’re really just pushing the bounds of what we perceive to be possible for human-computer interaction.” This could even involve tech memorizing certain routines and making suggestions for “healthy habits.”

WIRED quoted Future Interfaces Group Director Chris Harrison saying, “There’s no such thing as privacy-invading and not privacy-invading,” because “[e]verything is on a spectrum.” Harrison admitted that Google is the leading data monetizer in the world, yet celebrated Google’s goal to make tech more “humanistic.” But with liberally biased Google in control, such “humanistic” technology is dangerous indeed.

Cyber Polygon: Will The Next Globalist War Game Lead To Another Convenient Catastrophe?

Full Documentary: What will you do when you become OBSOLETE