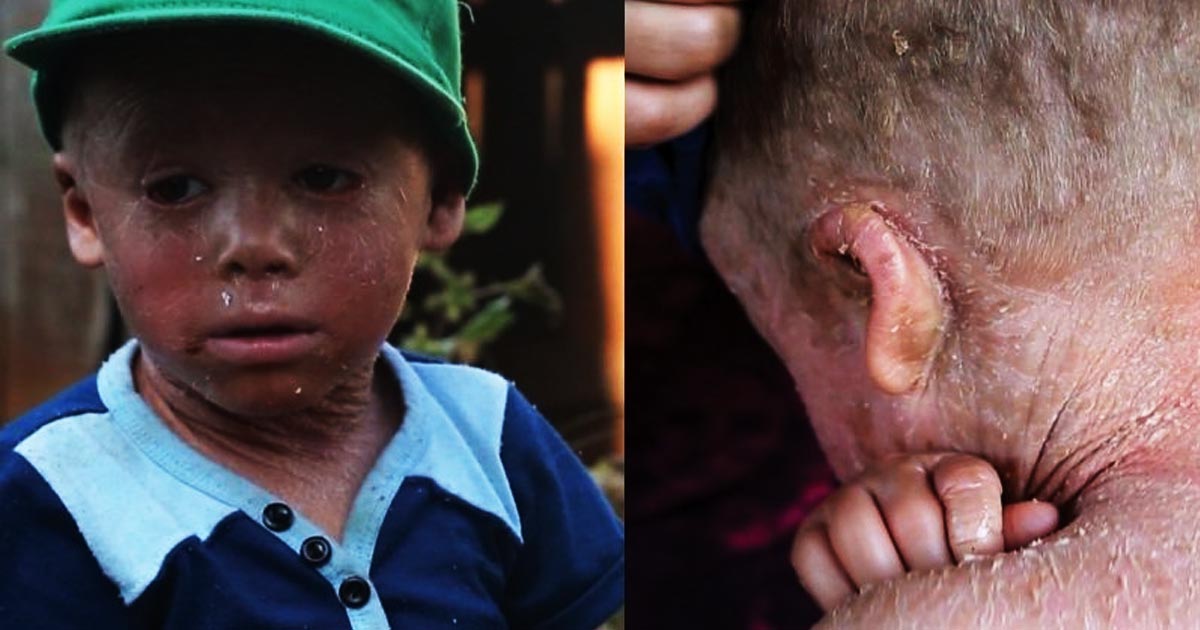 Seventeen-year-old William Nuñez can’t walk or talk, and has to be fed through a tube in his stomach. Five-year-old Lucas Texeira suffers from a severe and incurable skin condition. Lucas Krauss has congenital microcephaly, epilepsy, delayed motor and mental development, multiple muscular atrophy and numerous related pathologies.

What do these children have in common? Their fathers, all farmers working in Latin America, were exposed to agricultural pesticides that likely damaged their DNA, increasing the risk of cancer, birth defects and neurological disorders in the children they later fathered.

They also have this in common: Their mothers are fighting for justice for their kids.

“Genetically Modified Children,” a new one-hour documentary, exposes how Philip Morris and Monsanto have exploited generations of impoverished Argentinian farmers since 1996, when the Argentinian government authorized the use of genetically engineered crops to withstand the use of Monsanto’s Roundup weedkiller.

Featured in the film are Dr. Hugo Gomez Demaio, head of neurosurgery at the Pediatric Hospital of Posadas, and Dr. Mario Barrera, neurosurgeon at the Medical School of Nordeste. (Both institutions are in Buenos Aires). The doctors are dedicated to highlighting and treating the link between glyphosate exposure and DNA damage.

“Even if the entire local environment is contaminated, it does not mean that all children will become sick. But when the father is exposed to herbicides, they are absorbed into the body and alter his DNA. He then passes that genetic mutation on to his children.”

Sofia Gatica lost her infant daughter to a kidney malformation, and her son was rendered unable to walk following a local agrochemical fumigation. She is the co-founder of the Mothers of Ituzaingó, a group of mothers working to stop the indiscriminate agrochemical use that has poisoned their children. Ituzaingó, a suburb of Córdoba, Argentina, is surrounded by GMO soy fields.

Gatica is renowned for her work tracking the abnormal rates of cancer, kidney disease and other conditions in areas close to aerial spraying of glyphosate on GMO soy crops. She’s been so instrumental in the fight against Monsanto that she was awarded the 2012 Goldman Environmental Prize.

According to the film, the Mothers of Ituzaingo had blood tests done on their kids and found that three out of four children living in their community had agrochemicals in their blood, including pesticides, chromium, lead and arsenic. When they took the results to the Argentinian government, government officials told them they would improve the water only if the families signed away their right to sue for the previously polluted water.

The mothers have faced many uphill battles, including in 2007 when someone entered Gatica’s house, pointed a revolver at her, and demanded she give up the campaign.

But they’ve also made good progress.

In 2008, Argentina’s president ordered the minister of health to investigate the impact of pesticide use in Ituzaingó. A study was conducted by the Department of Medicine at Buenos Aires University and the results corroborated with the research the mothers had done linking pesticide exposure to the many health issues experienced by people in the community.

Gatica also succeeded in getting a municipal ordinance passed that prohibited aerial spraying in Ituzaingó at distances of less than 2,500 meters from residences.

And, in a huge victory, a 2010 Supreme Court ruling banned agrochemical spraying near populated areas and reversed the burden of proof — now the government and soy producers have to prove the chemicals they are using are safe, instead of residents having to prove that the spraying is making them sick.

This David vs. Goliath battle continues to play out in the courts. Class action lawsuits were filed on behalf of these “genetically modified children” by five law firms: Philips & Poalicelli, Waters & Kraus, The Thornton Law Firm, Capilla & Mustapich and Bifferato.

All these steps are positive, yet much still needs to be done. Every year, more than 80 million gallons of glyphosate are used on Argentinian soil. Tobacco farmers in Argentina still lack information about the risks associated with the agrochemical and GMO products they are required to use in order to get their tobacco certified by Philip Morris.

Agrochemicals are worth $40 billion a year to chemical and agricultural companies like Monsanto. It’s estimated that the agrochemical market will be worth $308.92 billion by 2025. How likely is it that these multinational corporations will voluntarily sacrifice any of these profits, even if it means sacrificing the health of farmers and their kids?

You can stream “Genetically Modified Children” on Amazon.

After vaccine damage, if you complain of complications you will be REQUIRED to take psychiatric medications until your “disorder” is cured

Boutique Cannibalism: Which Celebrity Meat Do You Want To Eat Tonight?