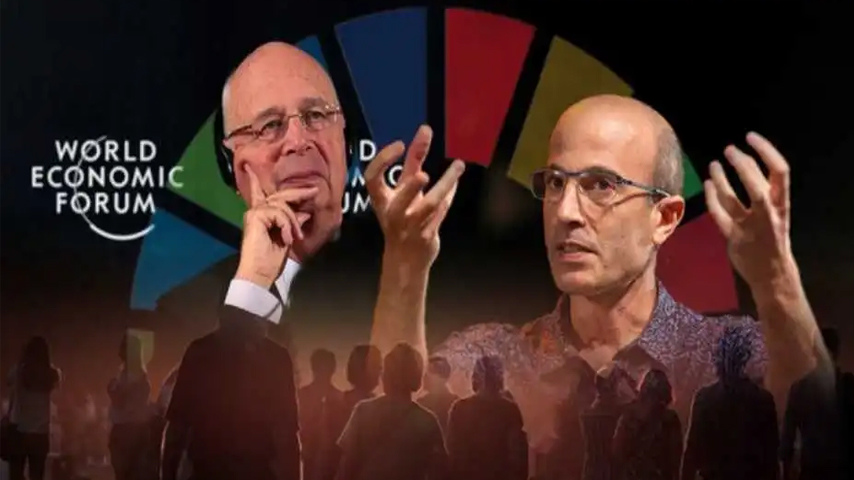 On Friday, the World Economic Forum (WEF) globalist meeting ended in Davos, Switzerland – and appropriately, AUF1.INFO gets to work today! And that is to further explain the diabolical plans. During the WEF on Tuesday, one issue was central. The theme: “Preparing a billion people for the economy of tomorrow”. What is meant by this “preparation” is easy to guess from quotes from WEF thinker Yuval Noah Harari, who is convinced that technological progress has made millions of people “useless”, writes Auf1.info .

To Harari, humans seem to be little more than useful livestock. In this he hardly differs from his fellow thinkers, but he says it shamelessly. So tireless educational work is needed to make it clear to mere mortals how inhumane these “elite” circles want to operate. And it is precisely this teaching that AUF1.INFO will now intensify with all its might.

“Elites” have to decide on the worth of a human being

The wealthy “humanitarians” have to decide who is superfluous, as Stefan Magnet pointed out in his new book “Transhumanism – War on Humanity”. Specifically, Harari says, “…if the masses lose their economic importance and their political power, the state may lose at least some of the incentive to invest in their health, education and well-being. It is very dangerous to be superfluous. The future of the masses will thus depend on the good will of a small elite. Perhaps this goodwill will last for several more decades. But in the event of a crisis – a climate catastrophe, for example – it would be very tempting and not particularly difficult to simply throw the superfluous people overboard.”

First immobilize – then dispose of

The World Economic Forum (WEF) in Davos is therefore quite naturally about how we can “prepare” a billion people for the jobs of tomorrow. Hundreds of millions of people will lose their jobs – becoming the “useless masses” . A term that expresses a historically unique contempt for the people. The “cattle” must be stunned; with computer games, drugs and virtual worlds, for example, before we are finally deported. Because Harari makes it clear: “What’s so sacred about useless slackers who spend their days with artificial experiences in fantasy worlds?”

Unprecedented arrogance of those in power fuels resistance

Schwab’s disciples seem to realize that this will not happen without massive resistance. In Davos, for example, the many participants who were flown in by private jet were protected by 5,000 soldiers and security forces. Such rigid isolation is also unprecedented in history – even dictators like to bathe in the crowd to be admired. But judging by the plans of the Davos clique, we are facing very different times.

Because, says Harari: “Many people may not be heading for the fate of the coachmen of the 19th century – who drove taxis from now on – but of the horses of that time, which have been completely pushed out of the labor market over time.” Once again it is clear that he sees people as nothing more than farm animals. Apart from that, there will basically be no human jobs that are permanently “safe from future automation, because machine learning and robotics will continue to get better.”

Barbarians will slaughter each other

In the long term, there could even be deglobalisation. Namely, “when the upper caste unites in a self-proclaimed ‘civilization’ and builds walls and moats to cut itself off from the hordes of ‘barbarians’ outside.” While in the last century the “barbarians” were still needed “as cheap labour, suppliers of raw materials and markets”, a civilization “based on artificial intelligence, bioengineering and nanotechnology can be much more self-sufficient and self-sufficient”. Not just whole classes, but entire countries and continents could become pointless,” he predicted gloomily.

Thus, the self-proclaimed “civilized zone” would live in fortresses guarded by drones and robots, while the “brutalized people” would “slaughter each other with machetes and Kalashnikovs” in the secluded “barbarian areas.”

So to the globalists we are just barbaric farm animals that can be slaughtered when they are no longer needed. Because otherwise, they would do it themselves at some point.