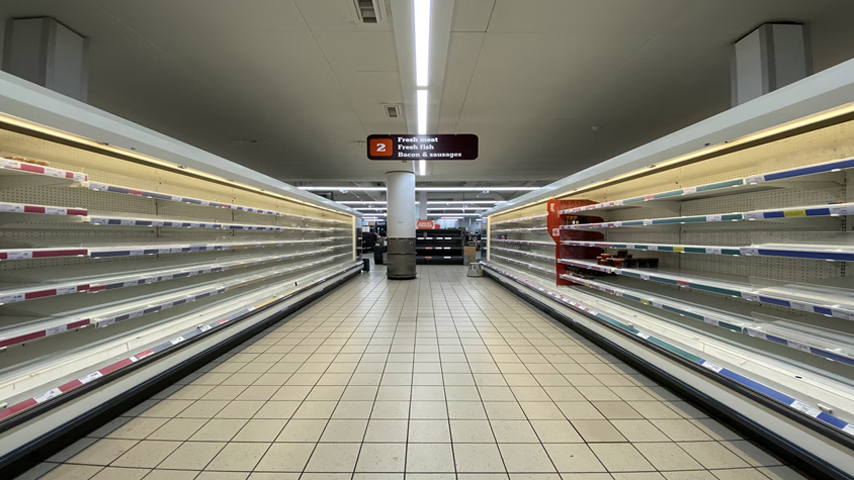 In response to Russia’s invasion of Ukraine, our government has used an absolutely unprecedented number of sanctions on Russia. We’re basically trying to take cancel culture and use it on an entire country with 140 million people. Our leaders are talking about causing an economic collapse in Russia, but what we’re actually asking for is an economic collapse of our own, too.

Right now, all the chatter from Republicans is about gas prices. A year ago, gas was $2.87 a gallon on average. A month ago, it was $3.50 per gallon. Today, it’s above $4.20. In California, we’re getting close to six bucks a gallon.

That’s bad. But gas is one thing. Something much more severe is coming in just a few months if this war continues and our strategy toward Russia doesn’t change.

Russia supplies 18 percent of the world’s exported wheat. Now, our sanctions might block that wheat from being exported. Alternatively, Russia could retaliate against our sanctions by refusing to export their wheat to countries that need it to feed their populations. But that’s not the only export Russia could cut off. Russia is the world’s biggest fertilizer exporter. Their ally Belarus is also in the top 3. If they both cut off fertilizer exports, then the entire world will become less productive while this war goes on.

But it’s not just Russia that matters here. Right now, Ukraine is a war zone, but before this war, Ukraine was also one of the world’s big food exporters. Ukraine supplies eight percent of the world’s exported grain.

In the early days of the war, Ukraine intentionally sabotaged three of its dams in order to flood the land and block Russian troops. That might have worked for slowing down Russia, but it also ruins these lands for farming for the time being. And of course, even where land isn’t getting flooded, it’s going fallow because the locals have fled as refugees, or left to join the army, or because the land itself has become a combat zone.

So between warfare and sanctions, 25% of the world’s exported grain is at risk, plus all the other food products those countries exported. Even before this war, we were seeing food shortages and higher prices in the U.S. Now, we could see prices go through the roof. We could see actual famine in other countries that don’t grow enough to feed themselves.

All of this was predictable in advance. It’s why we should have worked to avoid a war in Ukraine and it’s why we shouldn’t have gone wild with sanctions the moment the war happened. But our leaders can only think a day or two in advance and they’re trying to make idiots on Twitter happy, so they are thoughtlessly walking us into a global disaster.

Edward Szall joins us to talk about the upcoming famine threat.