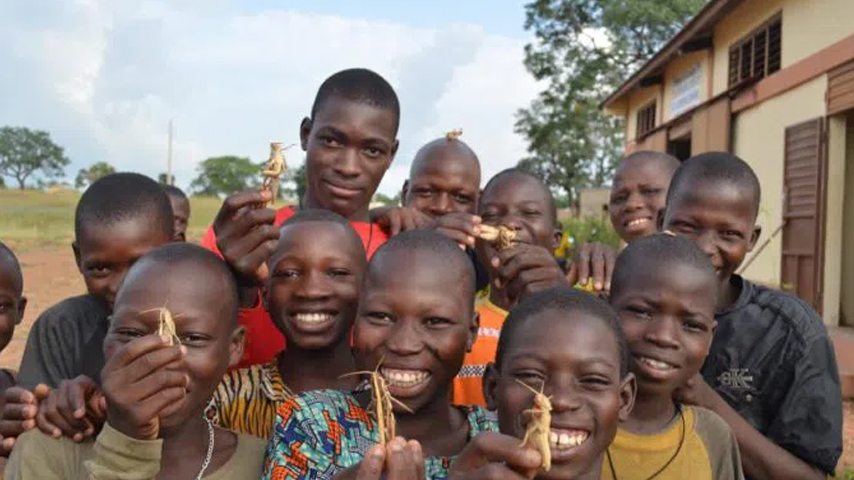 Hunger-stricken Africans are being told by global elites to forget about eating meat and get used to eating bugs, cockroaches and insects.

The World Economic Forum has been heavily promoting the idea of insect-based diets for those of us in the Western world. Now it appears they are testing the plan on Africans.

UK-financed aid projects in Zimbabwe and the Democratic Republic of the Congo are encouraging the population of these African countries to introduce bugs, mealworms and insects into their diet, with the agencies currently spending as much as $57,000 in the DRC and $346,000 in Zimbabwe on trialing insect diets on the local citizens.

In the DRC, the initiative is exploring the “benefits” of eating African caterpillars, migratory locusts and black soldier flies. It’s noted that there are some 23 species of insects, including termites and crickets, that are available in the region.

The Catholic Agency for Overseas Development, a UK-based charity, is now pushing the Congolese to begin farming bugs in an industrialized manner in an effort to end starvation problems in the region.

In Zimbabwe, another aid agency is looking for ways to use mopane worms in porridges served in schools. The Guardian reports that these slimy green caterpillars, which turn into emperor moths, are already commonly picked for consumption from vegetation during rainy seasons.

RT report: The project aims to develop a bug-laced gruel to feed poor children in the southern town of Gwanda and the Zimbabwean capital of Harare. The agency says this dish will combine locally farmed mopane worms with cereals and fruits, offering all the crucial vitamins and minerals such as phosphorus, potassium, iron, copper, zinc, manganese, and sodium, as well as vitamins B1 and B2.

Dr. Alberto Fiore, a professor of food chemistry and technology who leads the project in Zimbabwe, told The Guardian that introducing the bug-based meal is only the first stage of the project, which will also conduct randomized trials to see if the dish will have an effect on children’s performance in school and benefit their health.

Both projects in Zimbabwe and the DRC are funded through UK Research and Innovation (UKRI), which is part of the Department for Business, Energy and Industrial Strategy.

A UKRI spokesperson told The Guardian that the organization hopes the funding of such projects will “benefit citizens around the world irrespective of their economic status,” and noted the environmental benefits of consuming an insect-based diet.