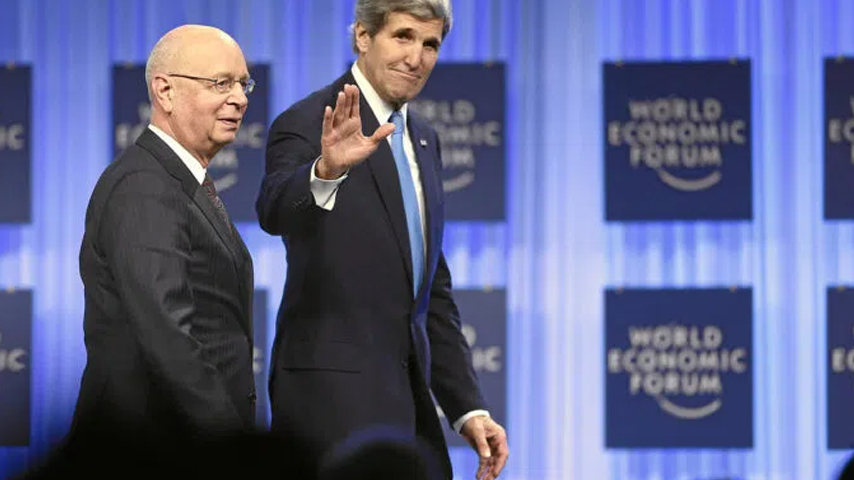 Rolling climate lockdowns and a mandatory “Green Sabbath” are on the horizon for humanity, if the global elites get their way.

Of course, the proposed “solutions” to the “climate crisis” are nothing less than tools to achieve absolute control over humanity.

The Guardian operates as a clearinghouse for far-left authoritarian ideas but even they felt the need to change the headline below after receiving significant pushback from readers.

The past two years have been a checklist for the worst impulses of authoritarian far-left governments and the public is growing wise to the ruse. COVID allowed for supposedly temporary measures to morph into two years of “emergency” restrictions.

According to those in the know, COVID was only the warm-up and another proclaimed crisis is set to be the main event. Watch:

The Hill reports: This isn’t a right-wing fever dream. Calls for harsh government measures in the name of saving the environment are already in the parlance of influential organizations and figures.

In November 2020, the Red Cross proclaimed that climate change is a bigger threat than COVID and should be confronted with “the same urgency.” Bill Gates recently demanded dramatic measures to prevent climate change, claiming it will be worse than the pandemic. Despite millions of people having died from COVID, former governor of the Bank of England Mark Carney last year predicted that climate deaths will dwarf those of the pandemic.

According to the elite, lockdowns, which significantly reduced carbon emissions during 2020, could be the solution. After all, the EU’s climate service gloated, the first COVID lockdown may have saved 800 lives.

Most likely, cities and states would begin a gradual and discrete ramp-up of restrictions. During the early days of the pandemic, millions of Americans worked from home; this could become the permanent norm if special carbon taxes are put in place. Such taxes could be imposed on companies, limiting driving or air miles, and extend to individual employees. Drive to work in a car? You get hit with the tax. Children could be impacted by climate lockdowns, too. Schools, especially those heavily influenced by teachers’ unions, could impose permanent online-only days. Delhi, India is already using a version of this concept to crack down on smog pollution.

At the same time, either through direct government fiat or due to ineffective green energy policies, some areas of the country could regularly experience California-style rolling blackouts. And as fossil fuels (and nuclear power) go by the wayside, consumers may be prevented from buying new gasoline cars, lawnmowers, or chainsaws.

Significant measures are already being planned to combat climate change. California will ban the sale of gasoline cars in 13 years, as will Germany. Britain plans to do the same in just eight. Prohibiting internal combustion engines could save the planet, the argument goes. As each negative weather event is blamed on climate change, the government will increasingly use its restrictive tools.

While deaths from natural disasters have fallen by two-thirds over the past five decades, mostly thanks to technological innovations, elites insist that climate change is the “biggest threat modern humans have ever faced.” Climate lockdowns and other restrictions will be framed as saving the people of the United States, and the world, from themselves. What goal could be more noble?

Anyone against such measures could be labeled a “climate denier” who stands against progress — or simply a “domestic terrorist.” Defectors likely won’t have much choice, anyhow. Facial recognition and plate-reading software, coupled with the impressive scope of drones, could lead to severe enforcement. Don’t like the restrictions on your gas guzzler? The government could easily track its location and send automatic tickets — or worse. The ability for officials to depend on a significant minority of zealous supporters to enforce measures is invaluable, as well. How many COVID “Karens” justify their fanaticism by contrasting themselves with uneducated, rural Donald Trump supporters?

But don’t expect the new rules to apply to everyone equally. During the pandemic, elites don’t wear masks in private — only their servers, drivers and cleaners do. You will be held responsible for your personal carbon footprint, enforced by either law or social convention. But climate evangelists such as Jeff Bezos or “climate czar” John Kerry will receive special dispensations for their carbon use.

The pandemic proved to be the precedent of 21st-century governance. The initial lockdowns were a desperate attempt to understand more about the virus and shut it down. In hindsight, the overreaction will simply provide a backdrop for the next major government overreach. If COVID could kill millions, imagine the powers the government will assume against a threat that could kill billions.

Political leaders have learned that fear prompts the public to accept dramatic curtailing of freedoms for vague promises of safety — they must realize the incredible power at their fingertips. COVID gave the government mouse a cookie, and power-hungry officials and bureaucrats can utilize the precedents of the past two years to institute a much longer, much more comprehensive lockdown.