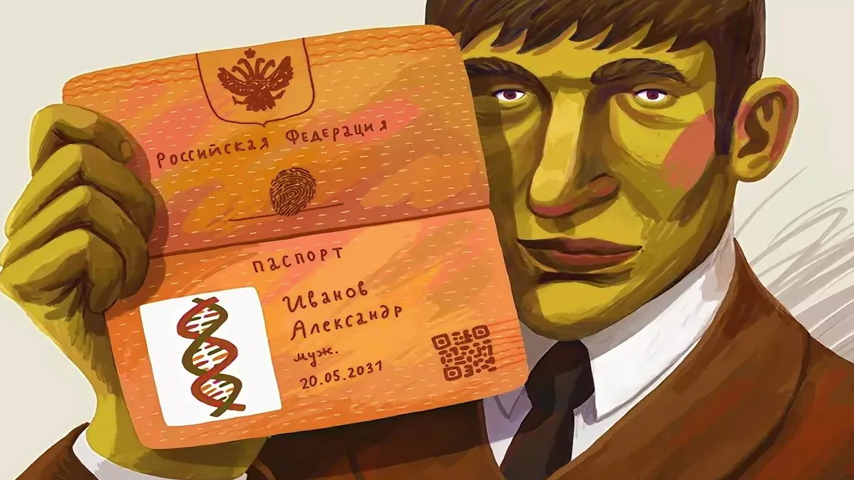 The future will be extremely genetic, so it seems.

Something curious popped up in our News Feed [not really though; we fled Zuckbook years ago — Edward] that we wanted to share with you:

MOSCOW, 29 June. /TASS/. Scientists from the Institute of Molecular and Cellular Biology (IMCB) of the Siberian Branch of the Russian Academy of Sciences have developed a genetic technology for recreating antibodies to different strains of coronavirus. […]

“Our team has successfully developed a technology for obtaining antibodies to coronavirus using next-generation genetic technologies. This year we will obtain several leading producers, develop antibodies and transfer them to the Institute of Influenza in St. Petersburg for preclinical trials. This year, preclinical trials will begin, next time they will be completed,” Guselnikov said.

He also said that the team of authors created a technological platform for the emergency creation of means for the prevention and treatment of viral infections, which allows you to quickly recreate antibodies to viruses and other pathogens. At the moment, scientists continue to work on the creation of highly effective therapeutic antibodies to various variants of coronavirus, but in the future this technology can be used to quickly develop drugs for any viral infections.

Yes, now Russians get to enjoy homegrown genetic medicines for “coronavirus,” and this amazing next-generation technological platform will be used to quickly develop treatments for “viral infections” waiting patiently for them in the future.

None of this is surprising of course. Russia loves genetic stuff.

In August 2019, the State Duma commissioned a report on how to upgrade Russia’s outdated laws so that humans could be genetically enhanced in cool new ways. The study examined:

… the possibilities of conflict-free development of a new generation of technologies for using assisted reproductive technologies (genome editing, metabolic management during pregnancy, etc.) to create a new (contractual) type of society based on more advanced legislation.

The first step was obvious: we need to know everyone’s genome.

In July 2021, Health Minister Mikhail Murashko revealed plans to issue “genetic passports” to all Russians, with special attention given to the little ones.

“The healthcare system is moving towards a preventive focus and early detection … Now we are starting another project, when, including with newborns, we create a genetic profile, and do genome sequencing. With the help of bio-innovative technologies, we create our own kind of digital passport – a digitized genetic passport of a person,” Murashko said.

The initiative dates back to April 2019, when Russian President Vladimir Putin signed a decree “On the Fundamentals of the State Policy of the Russian Federation in the field of ensuring chemical and biological safety for the period up to 2025 and beyond.”

Included in the order were instructions for the “implementation of genetic certification of the population, taking into account the legal framework for the protection of data on the personal human genome and the formation of a genetic profile of the population.”

In 2019, Russia studied how to create “a new type of society” using genome editing

A year later, Putin ordered the creation of a National Genetic Information Base to store gene pools of plants, animals, and microorganisms. The decree also called for the development of “domestic laboratories and scientific equipment that allows for world-class research in the field of genetic technologies, as well as the production of consumables for it.”

(We should point out here that the United States and many other countries are rapidly developing similar databases. Genetic arms race?!)

Let’s fast-forward to November 2021. During a meeting with Putin, Murashko listed the successes of Russia’s genetic tech program:

We also developed several breakthrough things in parallel. First of all, the Sputnik V vaccine using genetic technologies is already being used today. We have developed two more vaccines that are currently undergoing preclinical trials. Also other platforms, but nevertheless aimed at a similar principle of action. […]

Another project is being launched within the framework of the Medical Science for Humans program – this is the genetic certification of newborns … Today, this work is already underway.

Murashko hailing Sputnik V – an unproven slurry – as a triumph of Russian genetic magic is very reassuring. Even more reassuring is that the creation of the National Genetic Information Base continues as planned.

In May 2022, a draft law was submitted to the State Duma for establishing regulations “in the field of genetic engineering.”

The proposed law will foster the “development of genetics and the trend towards the consolidation of genetic data obtained as a result of genetic engineering activities into a single system for storage, processing and analysis,” explained a lawmaker who co-sponsored the bill.

Just to reiterate: for now, this database will only contain genetic data about non-human things like plants and animals.

There is simply no reason for Russian humans to be alarmed. As one expert told Tsargard: “We consider certain genes that have an impact on health. We are not engaged in some kind of identification of people according to these data – this can also be done – but primarily for medical information.”

See? This information can be used to identify people, “this can be done,” but won’t do it. It will never happen.

Furthermore, there’s no chance that this data could fall into the wrong hands. As Tsargrad noted: “Many fear that genetic information may leak somewhere. Hacker attacks are not excluded, it is no secret that unscrupulous employees sell databases to scammers. How huge amounts of data will be stored and protected nationwide is unknown.”

Again, we just want to stress that these genetic identity cards and databases will only be used to ensure Russians are safe and healthy. To even suggest otherwise is malicious defamation against the Russian government.

You want proof? Sergey Sobyanin, Moscow’s technocratic turd, promised that by 2030 the Russian capital will boast “genetic passports” that will be used to “optimize protocols for traditional therapy and in the future gene therapy.” See? Sobyanin cares.

He also promised that “wearable and implanted medical digital devices” will be used to calculate health insurance payments.

Just don’t let them chip you and you’ll be fine. Maybe.

Humanity Is In the Midst Of A ‘Mutational Meltdown’ That Is Causing Us To Become Smaller, Slower And Dumber