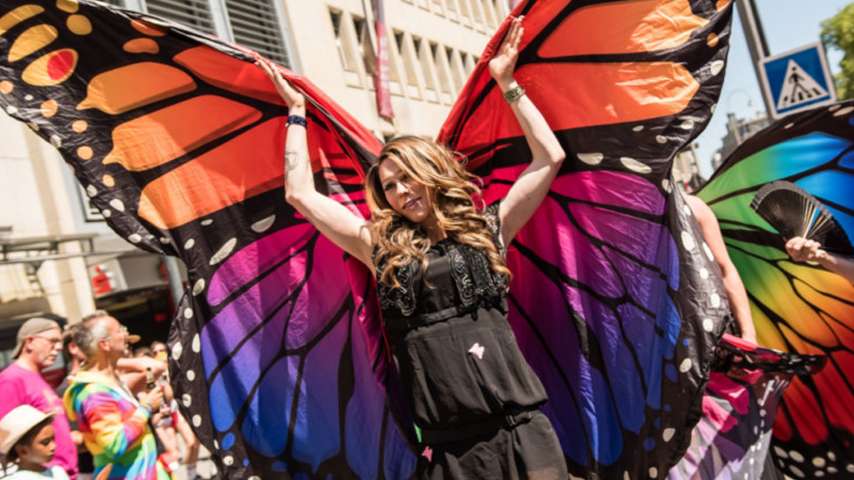 A German ‘woman’ marches in a pride parade | Shutterstock

A key sign of a civilization in decline (or in freefall collapse) is that they remain obsessed with pelvic issues even as the foundations of the culture creak dangerously. Consider Germany, for example. The powerhouse of the European Union is currently dealing with an inflation-wracked economy, food shortages, a fuel crisis, and fallout from the Russian invasion of Ukraine. So what do you suppose the government is making time for? You probably guessed it: transgender issues.

Minister of Justice Marco Buschmann for the left-wing FDP along with Family Minister Lisa Paus from the Greens have proposed a draft law for the new coalition government that was presented to the public on June 30. The “self-determination” act would kick in next year and replace a 1980 law dealing with transsexuality. Buschmann and Paus called the old law, which stipulated that those wishing to legally change gender would have to produce psychological assessments to determine, among other things, how long they had wished to change genders, “degrading.” Even asking questions of those claiming the mantle of an LGBT agenda is now offensive — they are our culture’s new sacred cows.

The proposed law sounds almost farcical — but is also sinister, as it would apply the full force of the state to coerce cooperation from the public. The new law would permit people to change their gender on paper once a year, as the whim takes them. They can simply go to the registry office and have their first name and gender amended. Those who “deadname” them — call them by their given names — will be fined under the new law. This elimination of objective reality fused together with financial penalties for those who decline to play along was called “a good day from freedom and diversity” by the family minister. Buschmann emphasized that this law keeps “the promise of equal freedom and equal dignity of all people.”

The law will apply to anyone 14 or older, and any minor wishing to transition against his or her parents’ wishes can take them to family court, which will determine the way forward based on their interpretation of the “well-being of the child.” The results of such court proceedings are virtually a foregone conclusion, as the premises of the transgender movement are quite literally the foundation of the law in question. Parents who have concerns may well find themselves formally designated a danger to their own children, with the state stepping in to make sure that Hans can be come Hilda or vice versa.

Critics have pointed out that this law will inevitably be abused in any number of ways. Male convicts (especially dangerous criminals sentenced to time in tough prisons) have been identifying as women in order to get transferred to female jails. The predictable result has been the sexual assault of female prisoners trapped behind bars with violent men. This new law, which permits people to change their gender every year if they wish, will allow men to register as women to obtain rights or advantages reserved for women and promptly switch back if they wish. Other critics have pointed out that this law could exacerbate the rates of young people choosing to transition based on peer contagion. (This is such an obvious outcome one suspects that it is welcomed.)

Ministers Bushmann and Paus are in no mood to have their virtue-signaling second-guessed, and at a press conference where they were confronted with questions, they dismissed the idea that anyone would change their gender “just for the fun of it,” which of course entirely misses the substances of the criticisms. Questions from journalists regarding whether biological men with papers identifying them as female could use women’s bathrooms (or other female-only facilities) were dodged. The answers to these questions, too, are obvious. The premises will be legislated; the outcome, is inevitable. It was already possible to have the German government recognize you as a different gender. Now, you can do it annually, depending on your feeling.

It’ll give the old proverb “new year, new me” a whole new meaning.

Doctors give ‘gender card’ to children, offer to keep identifiers secret from parents