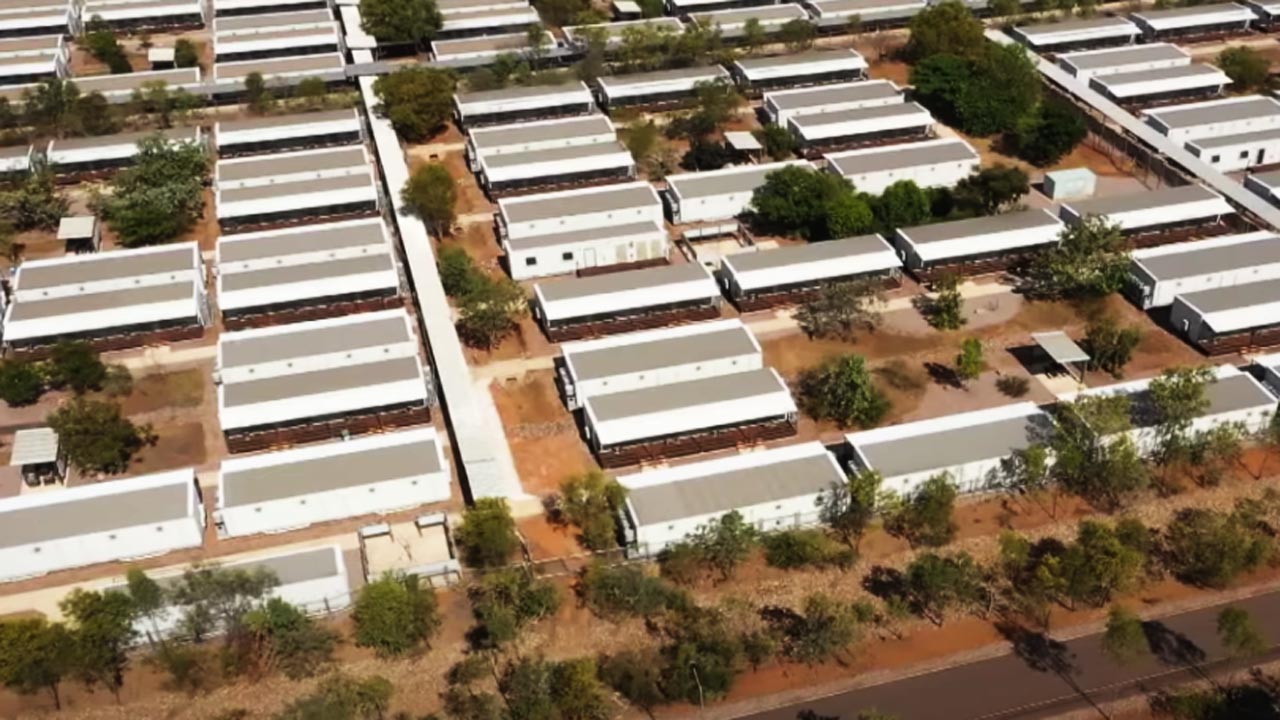 More than a dozen people have been forcibly placed in government isolation facilities in Germany while hundreds of people have been held in similar Australian centers as Western countries continue to ramp up the use of forced quarantine centers in the name of stopping COVID-19.

A recent survey by the German newspaper Welt am Sonntag found that at least 15 people have been taken to quarantine facilities in Germany’s 10 largest cities since the beginning of the year.

The 15 individuals, who allegedly violated at-home isolation requirements for COVID-19, include 11 in Munich, two in Stuttgart, and one each in Düsseldorf and Frankfurt, Welt am Sonntag reported. The full number of cases is likely higher, as authorities Berlin and Leipzig did not provide figures to the paper.

Some of the quarantine facilities were located within prisons, according to Welt. “Most of the federal states have closed areas in hospitals or prisons for quarantine breakers,” the outlet noted. “In Eisenhüttenstadt, Brandenburg, refusals were last housed in a former deportation detention center, in North Rhine-Westphalia, for example, in a Solingen clinic.”

Germany has longed allowed forcible quarantine of people suspected of having infectious diseases and who refuse to submit to other isolation measures. The German Infection Protection Act of 2000 specifically authorizes “placement in a locked hospital” or “locked facility” to that effect. “The fundamental right to freedom of the person can be restricted in this respect,” the law states.

With hundreds of thousands of Germans subject to domestic quarantine orders at any given time, city authorities typically “check” residents “if there is a specific suspicion,” according to Welt. In Stuttgart, officials rely on “special tipsters,” including “neighbors, acquaintances, and relatives.”

The 10 largest cities in Germany have also initiated more than 250 fine proceedings for quarantine violations, the newspaper noted. Fines ranged between 250-1,000 euros, though they can run up to 25,000 euros.

The Australian government has taken forced quarantine a step further. This summer, Australian authorities began constructing COVID-19 quarantine camps across the country, including in Victoria and the Northern Territory (NT).

Some centers have already opened, as in the NT, where hundreds of people who have tested positive for the virus or had close contact with someone who did – as well as thousands of international travelers – have been relocated for at least two-week stays.

Earlier this week, police arrested three teenagers after they escaped from a quarantine center near the city of Darwin in the NT, the Independent reported. The boys, ages 15, 16, and 17, had been taken to the camp, the Howard Springs center, after being deemed close contacts.

They scaled the walls of the facility Wednesday morning but were captured later that day after police launched a manhunt and set up checkpoints around the area.

All three boys, who come from the small indigenous community of Binjari, tested negative for COVID-19 before their escape, according to NT Chief Minister Michael Gunner.

Despite acknowledging that the teenagers posed a “very low” health risk, Gunner slammed them at a briefing Wednesday, saying that there was “absolutely no excuse” for their actions. “Absconding from Howard Springs isn’t just dangerous — it is incredibly stupid because we will catch you and there will be consequences,” he vowed. The boys may face fines of over $5,000 each.

Gunner, a member of the left-wing Labor Party, imposed a total lockdown in Binjari and the nearby community of Rockhole last month after reports of just nine positive cases, banning people from leaving their homes except in cases of medical emergencies. The NT at that point had reported zero COVID deaths and a few hundred cases in a population of 246,000.

Australian Prime Minister Scott Morrison nevertheless dispatched around two dozen Australian soldiers to the region in late November, who began rounding up close contacts in the indigenous communities and transferring them to quarantine camps.

“We have already identified 38 close contacts from Binjari, but that number will go up,” Gunner announced in a November 21 press briefing. “Those 38 are being transferred now.”

Hundreds of households and close contacts have since been flown to Howard Springs, Australia’s ABC News reported, while more than 1,300 international arrivals have completed “mandatory supervised quarantine” at the facility since October. The center, which remains under 24-hour surveillance, can hold around 3,000 people.

The rules for camp detainees are severe, requiring them to stay within their rooms, or a small porch attached to the rooms, at all times, unless permitted to leave by an officer. Masks and social distancing are mandatory outside of the cabins, regardless of COVID status.

Detainees must also “comply with any directions given by an authorized officer to avoid people congregating in a quarantine zone,” according to guidance from the NT government. “You are not able to share or hand over physical objects to residents who are not your family members.”

“Quarantine facility staff will remind you about wearing your mask, staying on your veranda and physically distancing through information in your resident booklet, by sending you SMS reminder texts and verbally in person if we see you are not following the Direction.”

“All residents in quarantine, including all children, are tested three times during their stay on days 1, 5, and 12. These tests are nose and throat swabs,” the guidance noted. “If you do not undergo a test, you will be required to remain in quarantine a further 10 days at your own expense.”

Quarantine in Australia isn’t cheap. A two-week detainment in the NT costs $2,500 for an individual and $5,000 for a family of two or more.

Government obsession with creating a digital ID and “identity”