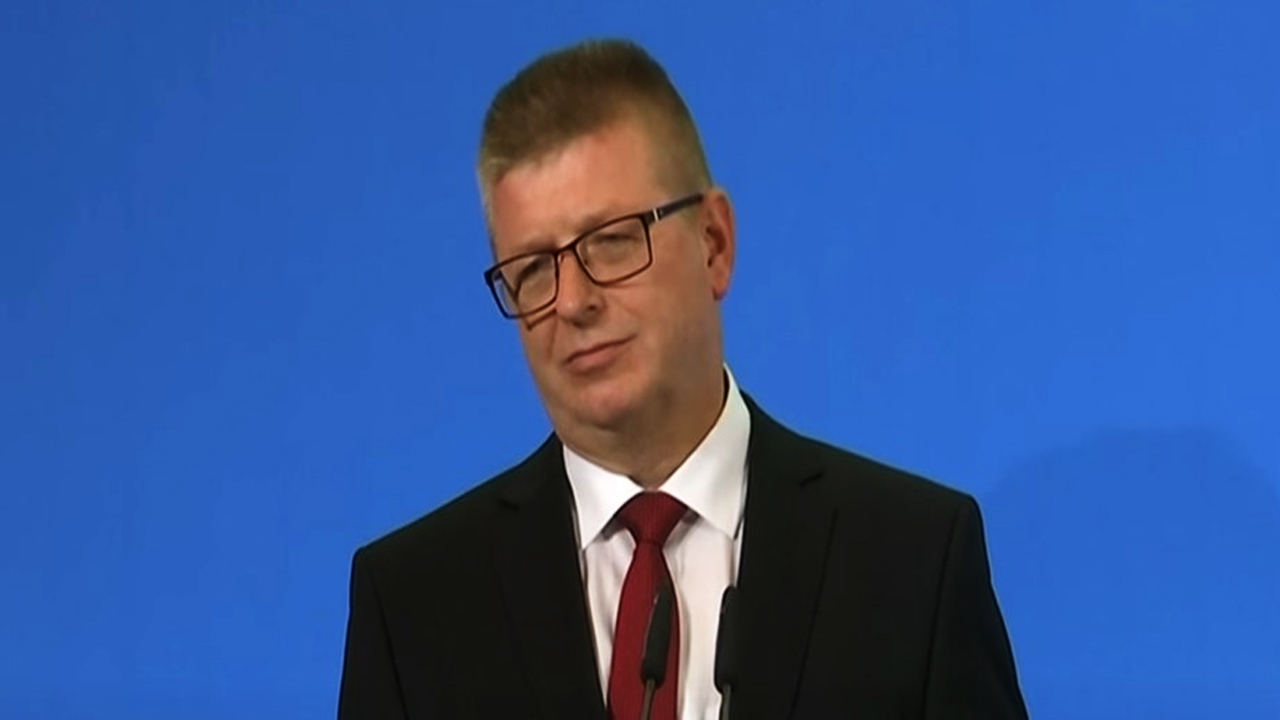 According to the President of the Federal Office for the Protection of the Constitution, which is the domestic spy agency, demonstrators in the Corona protests can no longer be clearly assigned to right-wing or left-wing extremism since they all “fundamentally reject the democratic state”. The pandemic is only an excuse for rising up against the state, it claimed.

Spy chief Thomas Haldenwang believes the “enemies of the state” are the demonstrators against the government’s Corona policy. Haldenwang told the Frankfurter Allgemeine Sunday newspaper that these could no longer be clearly assigned to previous categories such as right-wing or left-wing extremism. They are not linked by ideological definitions, but by contempt for the democratic constitutional state and its representatives. “They fundamentally reject our democratic political system.”

These “extremists” only use the pandemic as an excuse to rebel, he said. “Whether it’s Corona or refugee policy. Or the flood disaster: You saw some of the same people trying to give the impression that the state was failing and not doing anything for the people,” said Haldenwang. It was not yet possible to reliably say how big the scene is because it is extremely heterogeneous.

More people are taking to the streets

Haldenwang described the “increasingly strong parallels between PEGIDA and the ‘Corona walks’”. Sometimes the same slogans are shouted. For a long time, it looked as if right-wing extremists were trying unsuccessfully to shape the demonstration but “that is currently changing”.

In Saxony, for example, the Freie Sachsen [Free Saxons] group has succeeded in exerting a significant influence on the multifaceted protest movement in the region. In this respect, one can say that right-wing extremists are gaining influence, at least regionally, he complained.

Freie Sachsen is a micro-party that is viewed as “right-wing extremist and anti-constitutional”. The AfD federal board has not put the group on its incompatibility list and has not distanced itself from the group. Instead, the AfD adopted the following formulation: The party is “a bogus giant that the AfD does not have to deal with any further”.

Its representatives have urged resistance to ridiculous police measures during protests against the Corona measures. The “dangerous” Freie Sachsen has developed into one of the many platforms for anti-Corona protests in the state and, according to their own statements, now only have 1000 members.

The dynamics of the protests against the Corona policy in Germany have been changing. In the past, there were mainly large demonstrations but currently, things are more decentralized and more and more people are taking to the streets for “walks“. In the first week of January alone, there were more than 1000 events with more than 200 000 people in one day.

The “radical nature” of some participants, which is not only expressed through “violence against the police and media representatives”, but also through hate speech on the Internet, is also a cause for concern, Haldenwang added. Haldenwang’s disconnect from reality is quite extraordinary.

This is the future your overlords want for your grandmother walking her dog pic.twitter.com/x77AGiDwME

“It is striking that the police are increasingly coming into focus as an enemy. Task forces are increasingly being attacked not only during the protests but also in virtual space and defamed, for example, as ‘mercenaries’ or ‘murderers of the system’,” said Haldenwang.

The head of the Office for the Protection of the Constitution expressed the fear that “extremists” could look for a new cause after the end of the pandemic in order to exploit it for their purposes. These could be government measures to protect the climate, he said. “It is also conceivable that the topic of climate protection will be instrumentalized. Intensifying government measures to curb climate change could be perceived as unlawful and rejected.”

The irony of Haldenwang’s statement is not lost

Haldenwang’s outrageous statement led to fireworks on Twitter. The hashtag #Ichbinstaatsfeind [#I am an enemy of the state] soon trended on Twitter with witty and stark messages. The messages are a beacon of hope in these dark times when even a chancellor no longer knows that his task is to protect citizens, uphold the law and enforce borders.

All systems, more or less authoritarian and disconnected from reality, reach a point where they are ridiculed, laughed at by the intelligent and then implode. Reading these tweets, the suspicion arises that Germans are heading for an exit.

I AM AN ENEMY OF THE STATE IS TRENDING IN GERMANY #IchbinStaatsfeind !!!! pic.twitter.com/L1bZ4C6WUZ