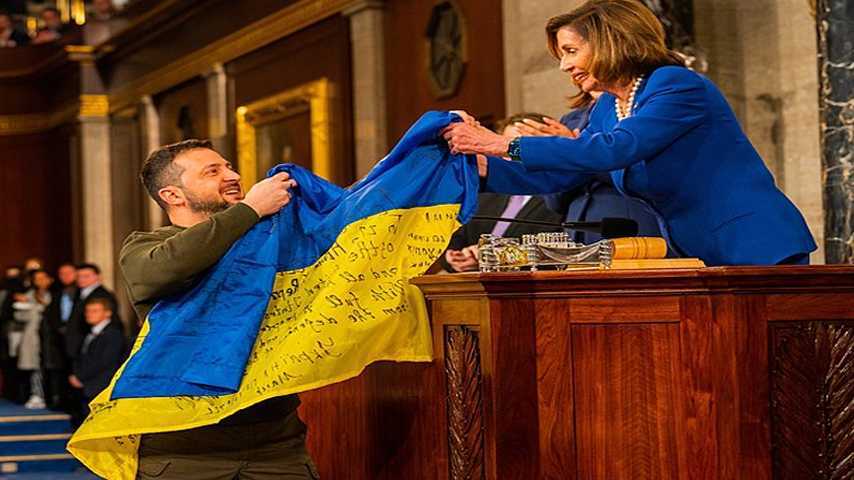 Ukrainian soldiers are being shoved into a meat grinder by the Zelensky regime.

From Antiwar.com, “Germany: Ukraine Losing Hundreds of Soldiers Every Day”:

The German foreign intelligence service assesses that Kiev is losing a “three-digit number” of soldiers daily, according to a report in Der Spiegel. Berlin informed politicians of the assessment during a secret meeting this week.

Germany’s Federal Intelligence Service (BND) is “alarmed” by the high number of losses Ukraine is suffering. The report says Berlin believes Ukraine was losing a three-digit number of soldiers every day during the battle of Bakhmut with Russian forces. The BND informed German politicians of the high number of injured and killed Ukrainian forces during a covert Bundestag meeting last week.

The BND believes the Ukrainian casualties will have severe consequences during future battles. The German intelligence service also believes that Russia is suffering high casualties and using its soldiers as “cannon fodder.”

Ursula von der Leyen, the Head of the European Commission, said in a public address two months ago that more than 100,000 Ukrainian troops have died in their war with Russia.

The EU later cut her comments on the dramatic death toll out of her address and claimed it was an “estimation” from “external sources.”