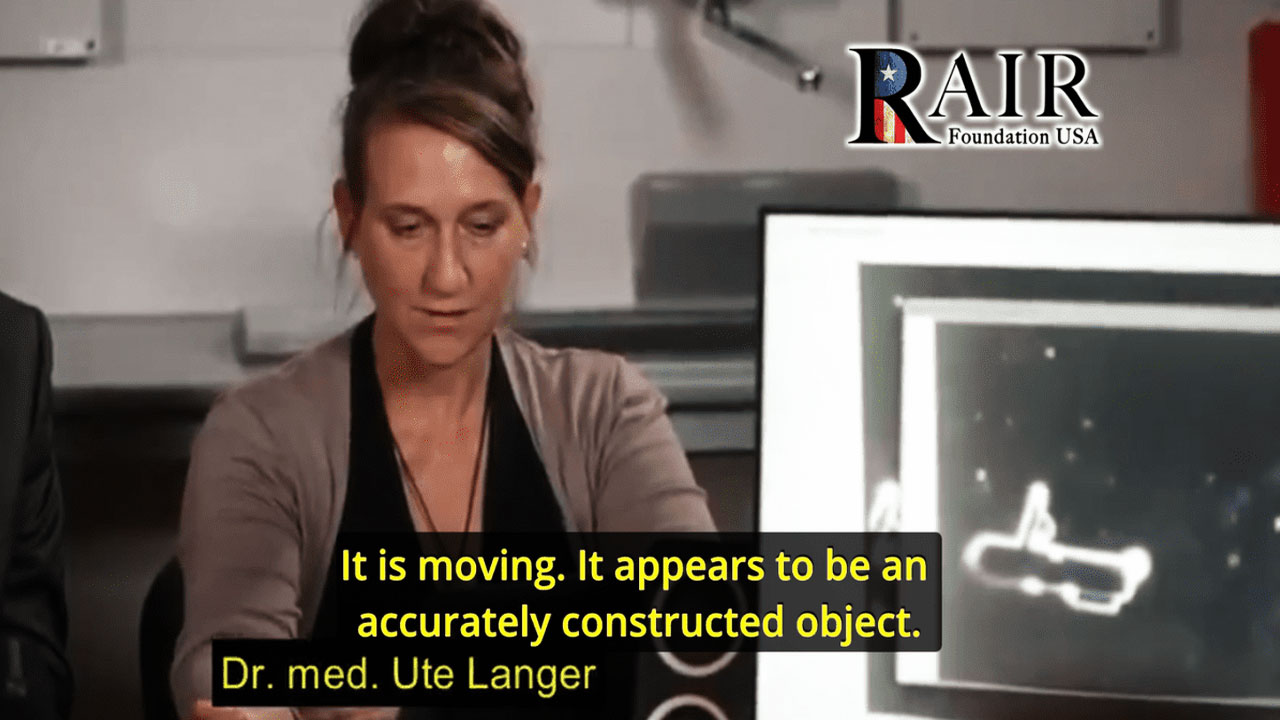 A group of German physicians joins the chorus of experts who have discovered foreign objects in the coronavirus vaccines and the blood of the vaccinated.

German Pathologists presented an analysis of the coronavirus “vaccine” during a shocking press conference in September. A clip of the conference, which has been translated exclusively for RAIR Foundation USA, reveals foreign objects in the vaccine, as well as in the blood of those who have taken the vaccine.

Some of the foreign objects were described as “accurately constructed” and also – shockingly – worms that were hatched from eggs.

The live-streamed press conference was organized by the Stiftung Corona-Ausschuss, which can be loosely described as Germany’s equivalent of America’s Frontline Doctors. As expected, their remarkable presentation was slammed by the German legacy media.

The event was spearheaded by Prof. Dr. Arne Burkhardt, who served as “head of the Institute of Pathology in Reutlingen for 18 years and then worked as a pathologist in private practice”, Prof. Dr. Walter Lang, who “worked as a pathologist at the Hannover Medical School from 1968 to 1985” before founding a private institute for pathology in Hanover and Prof. Dr. Werner Birkholz, a former professor of electrical engineering with a focus on quality and risk management at Jacobs University in Bremen. Introductions and the presentation was made by Dr. Ute Langer, a physician, and a surgeon.

An examination of “leftover vaccines from the company BioNTech-Pfizer,” revealed, for example, what “appears to be an accurately constructed object”:

The foreign object was one of many, which also included literal worms that appear to have been “hatched”:

As unbelievable as it seems, the German doctors are not the only ones to have discovered foreign objects in the vaccines:

Just some of his tweets: 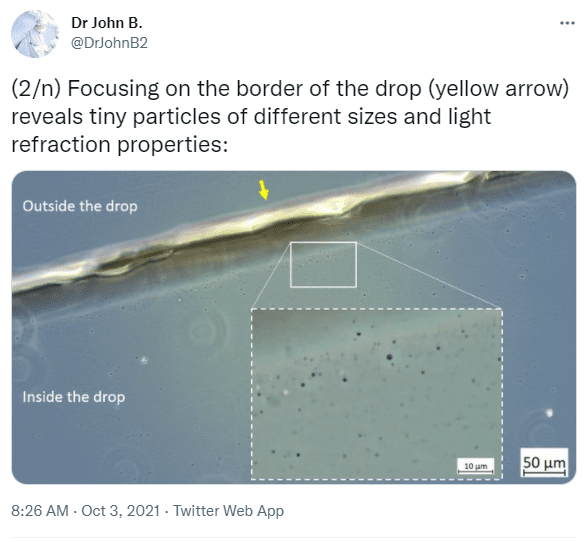 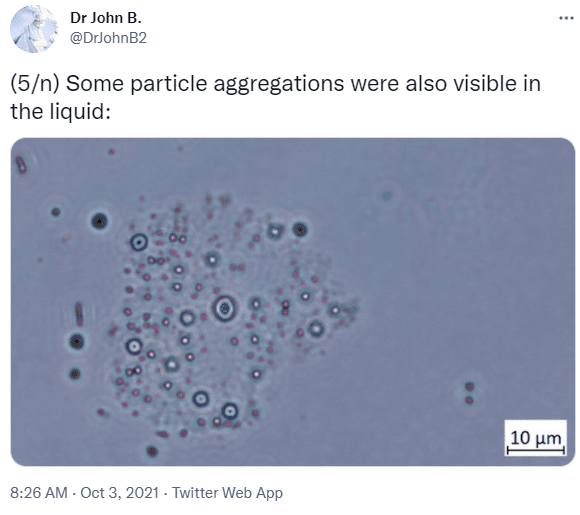 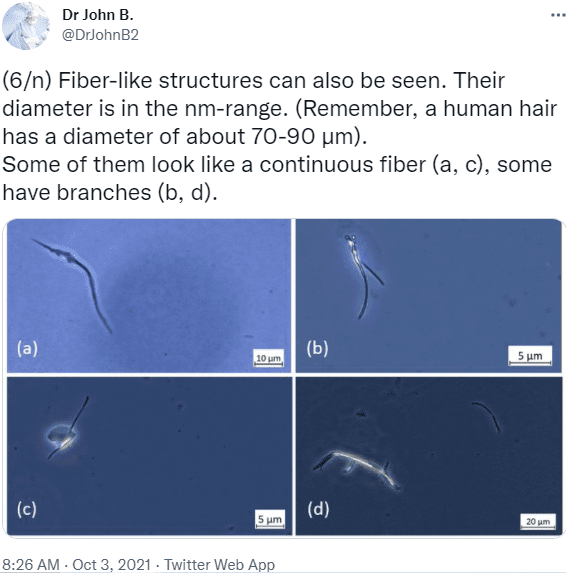 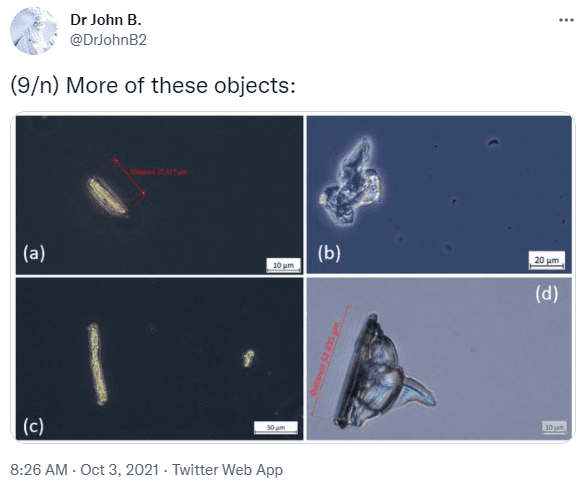 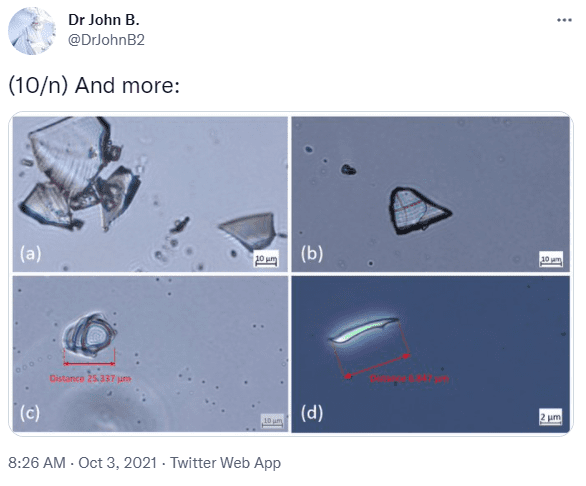 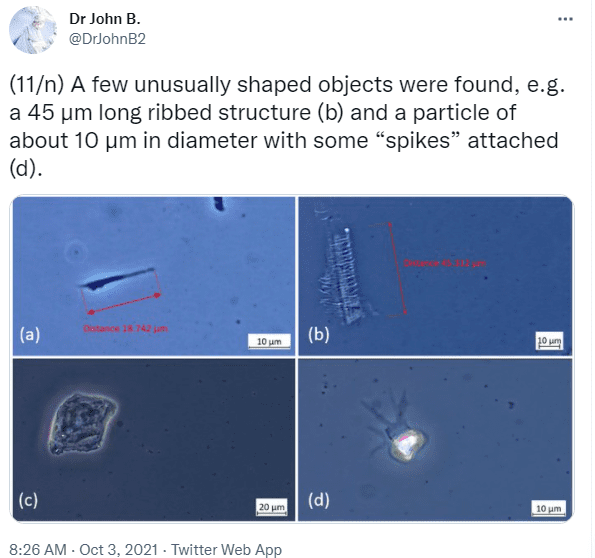 It is not surprising that the media ignores or “fact checks” the evidence brought forward by concerned medical experts. It is up to citizens everywhere to hold the gatekeepers of the information – the media and politicians accountable by demanding transparency.

The group forwarded their findings to the “authorities” but did not receive a response.

The team has examined four batches of vaccine and passed on the results six weeks ago to government authorities, the EMA [European Medical Agency], the STIKO [Germany’s vaccine committee] and the Paul Ehrlich Institute [German Government Agency], without any known responses.

In December, the German doctors held a second powerful press conference headlined “Are Deaths and Adverse Health Effects After Vaccination Against Covid-19 Related in a Pathologically Detectable Way?”.

Dr. Robert Young in his most passionate Interviews reveals Clumps of Parasites, Graphene in Clots of Vaccinated Blood and Doom of Humanity