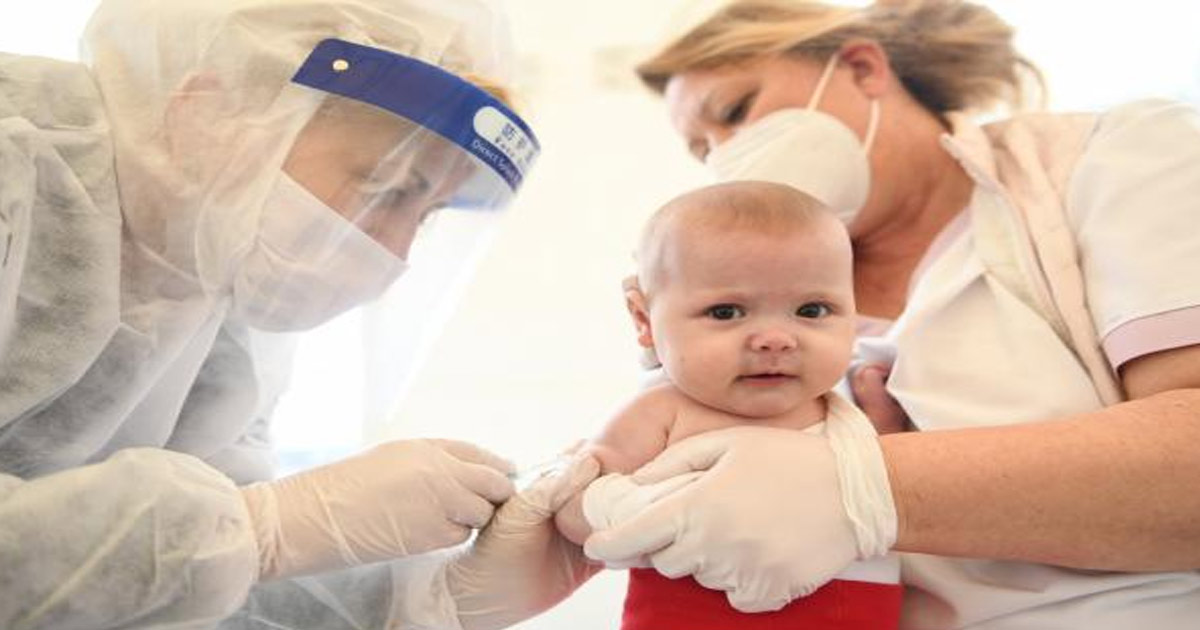 “So the stated plan is to inject every single child in America with this toxic, poisonous, gene-altering, and mind-controlling concoction.”

If the children are destroyed, so goes the rest of the world, but if the powerful and their government pawns succeed in this plot to mutilate the bodies and minds of children, those that allowed such a travesty deserve no life of joy…

Poisonous Experimental ‘Covid’ Injection Trials on Infants Have Begun: They Should All Be Imprisoned!

“The victimization of children is nowhere forbidden; what is forbidden is to write about it.”

…There are several Covid ‘vaccine’ trials going on that are using children as guinea pigs. This is total insanity, but what is happening now is even worse, as trials have begun on infants as young as 6 months old.

The past trials, which are all atrocious, have been on children above the age of 11, but now these murderous pharmaceutical companies are targeting children from 6 months to 11 years old, all with the blessing of “your” government.

“Pfizer’s trial will test three different vaccine doses: 10, 20 and 30 micrograms per shot, according to the Times. (The Pfizer dose for adults is 30 micrograms per shot, according to CNBC.) The doses will first be tested in children ages 5 to 11, then 2 through 4 and finally 6 months to 2 years, the Times reported.” Pfizer’s second trial is set to begin soon with 4,500 children; two-thirds will receive the real shot, and one-third will get a placebo.

This is all a plot set up for the mass injection of all children, and I expect that this will become mandated for all children in schools across the country at every age. The evilest monster Fauci said, “he projects that U.S. high school students could be vaccinated in the fall and elementary and middle school students in the first quarter of 2022, according to CNBC.” So the stated plan is to inject every single child in America with this toxic, poisonous, gene-altering, and mind-controlling concoction.

People are dying worldwide due to these deadly “Covid” injections, the side effects have been horrendous, and sickness has been rampant due to these shots. Now they are coming after your children.

Children are not fodder for the government and its criminal partners in the pharmaceutical industry to use for experimentation. Newborns, infants, and young children cannot protect themselves at all, they cannot opt-out, they cannot fight back, and they cannot defend themselves from evil and immoral parents.

As I have said over and over again, the government cares nothing about you, your children, or your grandchildren, unless it benefits their desire to harm and kill in order to stay in power. I care not that any consenting adult decides voluntarily to agree to these fake ‘vaccine’ experiments, regardless of the consequences, because that is their choice, and stupidity is no crime.

What in the hell has happened to the people of this country that they would use their own babies as tools for the state? What has happened to society when they do not question such atrocities? What will be the fate of those that stand by and allow this abuse against children at the hands of tyrants?

The souls of humanity are at stake here, as nothing could be more depraved than this exhibition of allowed abuse against the most innocent of all mankind. A child’s life is precious, it is the epitome of innocence, and all those that touch a child leave a mark. All should protect the innocent, so that the mark left is one of love and not the mark of the beast that is this evil that is before us today.

The virus that isn’t there

What is in the Covid shot?

The Best of Gary D. Barnett