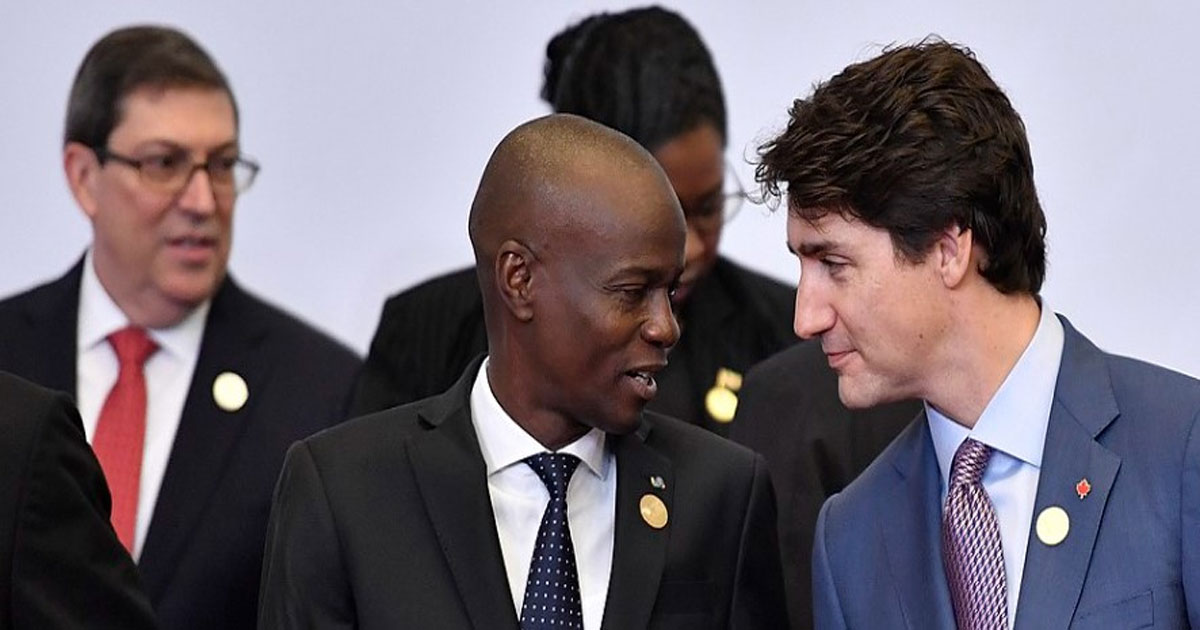 The leaders of three [update: FOUR] different countries died after having stopped the distribution of the experimental Covid-19 jabs. All [four] countries took the decision to distribute the vaccines to their citizens only after their leaders passed away.

One of them was Haitian President Jovenel Moise, who was assassinated at his home in Port-au-Prince recently by a group of mercenaries.

The Caribbean country has been eligible for free vaccines through the COVAX scheme, run by the World Health Organisation as well as global vaccine charities, but Moise had notably refused the AstraZeneca shots. Only days after his murder, the US dispatched vaccines to Haiti, together with a team of FBI agents.

This means that Haiti is now no longer the only country in the Western Hemisphere not to accept the Covid injection.

Soon after President John Magufuli of Tanzania had declared the vaccines dangerous, he passed away from a “heart ailment”.

In February 2021, his health minister had told the media:

“We are not yet satisfied that those vaccines have been clinically proven safe.”

The death of the immensely popular Magufuli resulted in thousands of mourners crowding into a stadium to view his body.

However, soon after Magufuli’s death, Tanzania ordered a huge shipment of the products worth millions of dollars for its 60 million citizens.

Magufuli, a former chemistry teacher, also trashed PCR tests by demonstrating how a goat and a papaya fruit had both tested positive for Covid-19. Magufuli’s view on PCR tests is shared by the international trial lawyer Dr. Reiner Fuellmich who has launched a historic class-action lawsuit in Germany and the US against Christian Drosten and the other scientists who created the PCR testing protocol used to “diagnose” Covid-19.

In November 2020, an appeals court in Portugal had ruled that “the PCR process is not a reliable test for SARS-CoV-2, and therefore any enforced quarantine based on those test results is unlawful”.

The judges, Margarida Ramos de Almeida and Ana Paramés referred to several pieces of scientific evidence showing that in PCR tests with 35 cycles or more the accuracy dropped to three percent, meaning up to 97 percent of positive results could be false positives.

In March this year, an Austrian administrative court acknowledged the limitations of PCR and antigen testing in use currently, ruling that “PCR tests have no diagnostic value”. This view was echoed in April by a German court in Weimar, stating that PCR tests were not “suitable for determining an ‘infection’ with the SARS-CoV-2 virus”. It also ordered the lifting of various restrictions in the region.

Burundi was the second African country to reject Covid shots in February this year. The health minister of the African nation, Thaddee Ndikumana, told reporters that prevention was more important, and “since more than 95 percent of patients are recovering, we estimate that the vaccines are not yet necessary”.

Burundi’s late President Pierre Nkurunziza was harshly criticized for not advancing the notion of injections against SARS-CoV-2.

In the most vaccinated countries, like Israel, the UK, or Seychelles, and especially in Gibraltar which boasts a 100 percent vaccination rate, the alleged delta variant now doubles every 3 days. Perhaps the current 23 cases are not significant, but 23 cases in an area with 35 000 inhabitants is the equivalent of 45 000 cases per day in a country like France.

And it has been more than a month and a half since 100 percent of the population of Gibraltar was vaccinated with two doses. This “paradise” for the vaccinated vindicates the hesitation of the Africans to take part in the mass experiment.

Update: A comment from a reader, “Brian,” highlighted what we missed…

“And also watch CUBA as they have their own VAXX and have not allowed the Globalists VAXX into their country, look what our CIA is doing in their country stirring up the masses. Look for an assassination attempt there as well. Or perhaps they will use the heart attack gun which was shown to congress 20 years ago. Not conspiracy theory, conspiracy fact.”

A warning to the world! It is only a matter of time before we turn on the unvaccinated!