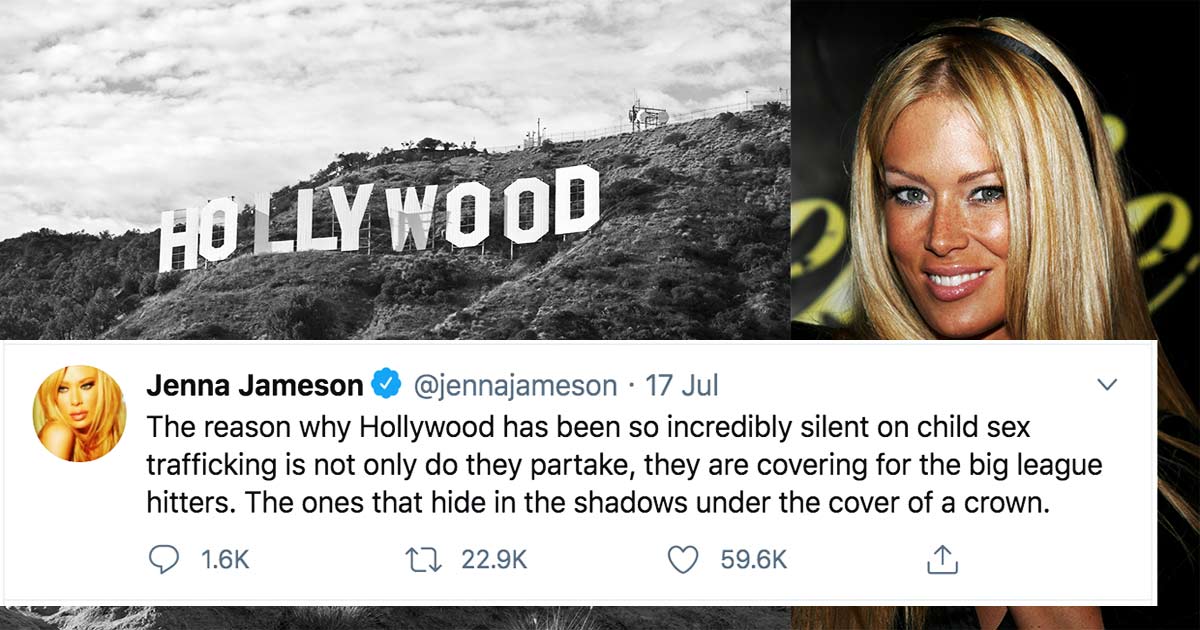 The reason why Hollywood has been so incredibly silent on child sex trafficking is not only do they partake, they are covering for the big league hitters. The ones that hide in the shadows under the cover of a crown.

Her claims that there is child abuse in Hollywood and among the wealthy elite are certainly credible. For the past several years the news has been filled with stories of people like Harvey Weinstein, Jeffrey Epstein, and Keith Raniere. However, she also talks about plenty of things that there isn’t any proof for, including “child hunting games” as well as “sacrifice” and “torture of children.”

If you think Epstein is somehow unique, you’re sadly mistaken… there are MANY Epstein’s, that make him look like an amateur. Child hunting games, sacrifice, torture of children as young as 2. The elite.

Jameson was trafficked by her ex-boyfriend and his father when she was young, and this is an issue that she posts about a lot on her page, but the posts are a mix of verifiable information and baseless conspiracy theories. While child trafficking is a very real problem in the world, and child abuse certainly exists in the entertainment industry, her claims are to be taken with a grain of salt, because in the past few years she has started to develop a reputation for making unsubstantiated claims about other people in the industry.

In May, the actress Hillary Duff was forced to respond to accusations that she was attempting to sell her child online after Jameson helped a conspiracy theory about her go viral. Since putting her support behind Donald Trump in 2015, she has expressed a number of other controversial views, including hostility towards Islam, support for military action against Iran, and showing support for a rapper who admitted to taking his daughter to the doctor for virginity checks. She has also provoked anger among the LGBTQ community for her comments about Playboy featuring a transgender model.

REVEALED: How Twitter Turns a Blind Eye to Child Rape Videos Distributed on Their Platform