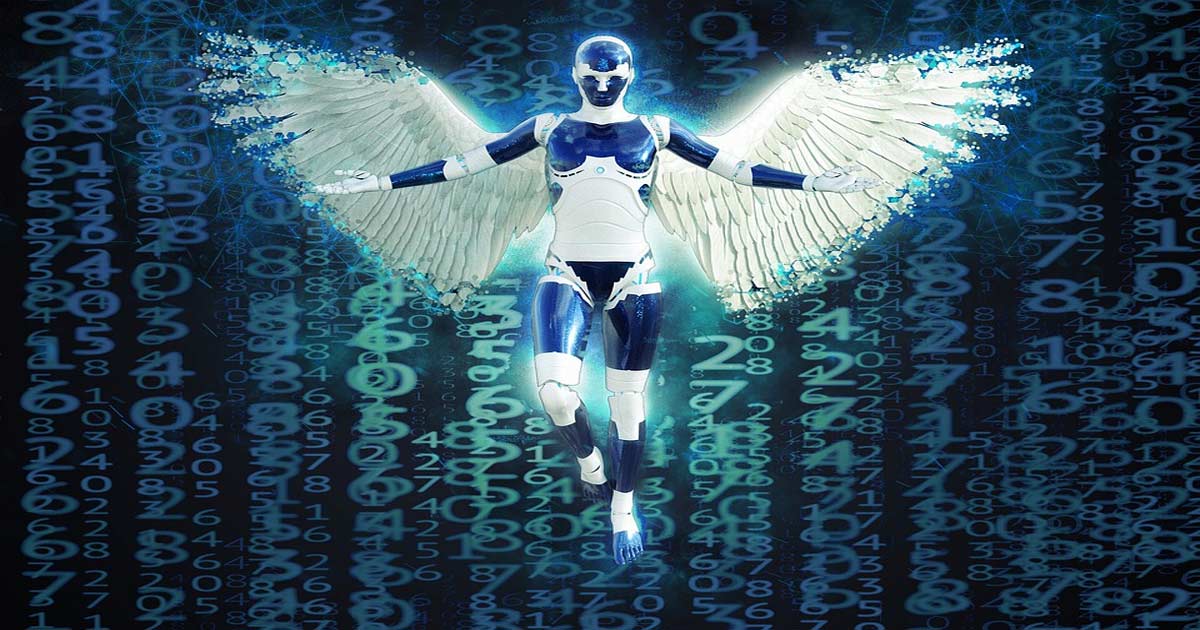 A former Google exec described how one experience developing artificial intelligence frightened him, forcing him to realize that the new technology was God-like and, as such, a threat to humanity.

Former Google X Chief Business Officer executive Mo Gawdat told the UK Times that experiences developing artificial intelligence at the tech giant frightened him. In one case, he described developers working on building robot arms capable of finding and picking up a small ball. After a long period of slow progress, one robotic arm succeeded in grabbing a ball and holding it up to view. To Gawdat, it seemed the AI was showing off its accomplishment. All of the robotic arms were then able to duplicate the maneuver and within a few days, they had all developed the ability to pick up anything.

“And I suddenly realized this is really scary,” Gawdat said. “It completely froze me. Like we had those things for a week. And they’re doing what children will take two years to do. And then it hit me that they are children. But very, very fast children. They get smarter so quickly! And if they’re children, and they’re observing us, I’m sorry to say, but we suck.”

He noted that even basic forms of artificial intelligence have the potential to learn incredibly quickly.

Gawdat discussed the concept of a technological singularity, a hypothetical point in time at which technological growth becomes uncontrollable and irreversible, resulting in unforeseeable changes to human civilization.

“The singularity is approaching,” he stated adding that it threatens humanity.

Gawdat isn’t entirely pessimistic. He suggested that humans relate to AI as parents would to a child in which case, AI could “save the world.”

Egyptian-born Mohammad “Mo” Gawdat first joined Google in 2007, coupling his executive position with independent investments in tech startups. He has written about his adherence to monotheism and advocates intelligent design over evolutionary theory. He ran Google X, the highly secretive tech giant’s research and development facility.

AI IN THE END-OF-DAYS

Rabbi Michael Laitman, a leading expert in Kabbalah and the founder of Bnei Baruch Kabbalah association, believes that technology and more specifically artificial intelligence, will play a major role in the end-of-days but not necessarily a positive one.

“It is clear in Kabbalah that in the times preceding geula (redemption), Man is going to utilize the entire potential of technology,” Rabbi Laitman told Israel365 News. “Men will begin to create artificial intelligence. People will want to achieve something similar to the creation of Man.”

“In the time of the geula, people will understand that all of this development, all throughout history, is what brought us to an even greater collapse,” he stressed. “This will become very clear in the war when we see that all of the technology we developed for man’s good can immediately turn around and be used against the man.”

Rabbi Laitman believes that the same motives of Man which led to the construction of the Tower of Babel are also in play with the development of artificial intelligence.

“Men wanted to ascend to the heavens and become like God,” the rabbi explained. “To do this, they were dealing with the basic foundations of creation. They wanted to fix something inside man they believed was a blemish.”

Though this motive sounds noble, Rabbi Laitman pointed out a flaw that turned their good intentions into evil.

“This came from a place of ego, in which they wanted to take the place of God,” Rabbi Laitman said.

It seems that Google engenders divine thoughts among its high-level employees. In 2015, Anthony Levandowski, the key engineer behind much of the technology used by the multi-billion dollar self-driving car industry, filed paperwork in California creating a new religious organization called Way of the Future. The AI-centric church was dedicated to “develop and promote the realization of a Godhead based on Artificial Intelligence (AI) and through understanding and worship of the Godhead contribute to the betterment of society.”

“It’s not a god in the sense that it makes lightning or causes hurricanes. But if there is something a billion times smarter than the smartest human, what else are you going to call it,” Levandowski told Wired.

“This time you will be able to talk to God, literally, and know that it’s listening,” he told Wired.

High-tech entrepreneur Elon Musk Musk has described the possibility of artificial intelligence as the single biggest threat to the existence of humanity. This did not prevent Musk from launching a project to produce a humanoid AI robot.

Elon Musk Is Driving Us Toward A “Smoother” Singularity