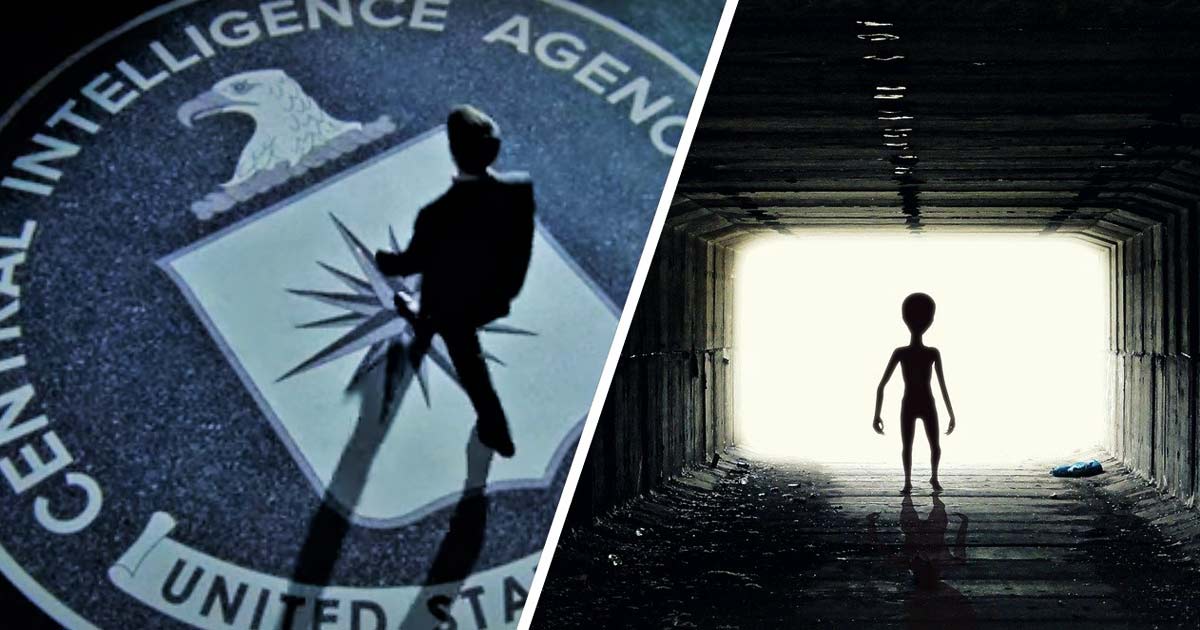 Throughout history, the field of ufology and the examination of the extraterrestrial hypothesis has, without a doubt, been overcome with a plethora of disinformation. Those who have dived into the depths of ufology know this best, as it’s well documented that ‘outsiders’ from intelligence agencies and governments have infiltrated the field for the purposes of deceiving researchers and people who are interested in the topic for one simple reason, to keep them away from the truth. On top of these disinformation campaigns, which still seem to be in operation today, there has long been an “official campaign of ridicule and secrecy” (Roscoe Hillenkoetter, Ex CIA director)  associated with the subject. This is why I encourage all those reading who dive into this subject to stick with facts, data, and evidence rather than entertain what seem to be outlandish claims that in no way, at all, can be verified.

I’d like to draw your attention to Dr. Jacques Vallee, who holds a master’s degree in astrophysics and a Ph.D. in computer science. The subject of UFOs first attracted his attention as an astronomer in Paris. He subsequently became a close associate of Project Blue Book’s J. Allen Hynek and has written several books on the UFO enigma. He is currently a venture capitalist living in San Francisco. Vallée co-developed the first computerized map of Mars for NASA in 1963. He later worked on the network information center for the ARPANET, a precursor to the modern Internet, as a staff engineer of SRI International’s Augmentation Research Center under Douglas Engelbart.

He’s a researcher that’s had a very interesting life, to say the least, with regards to researching the topic of UFOs. He’s come into contact with and had meetings with most experts in the field, politicians from around the world, high ranking military personnel and much more. His journey into the subject has led him to investigate an uncountable amount of case reports regarding UFOs and supposed extraterrestrial beings, and he’s been a major player with regards to bringing the mainstream scientific community forward to look at the evidence and data that’s involved with such a serious subject, that, in his time, was largely ridiculed. He is an important reason why the phenomenon has gained as much credibility as it has today.

Valle is one of many who have written about and documented the startling evidence that well-constructed hoaxes and media manipulations have misled UFO researchers, diverting them from the UFO phenomenon itself, what’s really going on.

In one of his latest books, Forbidden Science 4, he shares a record of his private study into unexplained phenomena between 1990 and the end of the millennium, during which he was traveling around the global pursuing his professional work as a high-technology investor. It’s a bit of a diary, documenting his experiences and encounters/meetings as he tries to examine and explore the phenomenon.

I have secured a document confirming that the CIA simulated UFO abductions in Latin America (Brazil and Argentina) as psychological warfare experiments.

Reading this line from his book triggered me back to earlier in his book when he mentions one of many conversations he’s had with Ron Blackburn.

Over lunch again with Colonel Ron Blackburn (Air Force) at the Gatehouse in Palo Alto he revealed that the “Secret Onion” group started in 1985 in the classified tank located in his basement at the Lockheed Skunk Works. Colonel John Alexander had brought him a list of the people in the inner circle. They divided the world into layers of concentric trust and ability. John introduced Blackburn to Ed Dames. Blackburn and I have a firmed up our plants to ravel to New Mexico on May 4th, up the high mesa – supposedly to meet some Aliens.

It’s interesting to note that Colonel John Alexander army writes about Blackburn in his book, “UFOs, myths, conspiracies and realities.”

Among the people I met was Dr. Ron Blackburn, a retired U.S. Air Force lieutenant colonel who was then working at the Lockheed Skunk Works in Burbank. It was Blackburn who first asked me if I had ever heard of the infamous Area 51. In the early 1980s, this facility was still not widely known inside the military, let alone the general public, even though it had been functional for decades…Among areas of common interest between Blackburn and me were UFOs. We discussed many possibilities related to who might be in charge of UFO research. We both thought that there was some organization, probably within the U.S. Air Force, which had the responsibility. But we acknowledged that whoever had the ball, there must be a an interagency effort as well. Our assumption was that somebody must be in charge, and we were well aware of all the prevailing stories and rumours. Roswell, we assumed, was a real UFO event.

Fast forward to Friday, May 4th, 1990, Valle writes about Blackburn:

“I’m convinced the government is working on UFOs,” he told me. “What are the chances some witnesses are being fooled by special effects developed by psychological warfare?” I countered. Thinking of cases like Bentwaters in the UK or Cergy-Pontoise in France. “They’re pretty good,” he admitted. “Suppose you shine a week infrared laser into people’s eyes; it won’t hurt them but may induce a hallucinatory state. Experiments have been done where you send a microwave beam through someone’s brain; you pick up the transmitted energy pattern. You can influence people this way, even make them hear things. Holograms have been used too,”

It’s interesting to note the conversation Valle had with Blackburn in 1990, and then in 1992 writes that he had received a document that the CIA had been involved with staging UFO (alien abductions). Combine this information with Blackburn mentioning that holograms have been used, and technology exists to produce “hallucinatory” states.

This is just one of many examples and pieces of evidence many researchers in the field point to suggesting that there are staged abductions happening for reasons unknown, and that it’s continuing today.  It’s not surprising either if you’ve ventured down the road of CIA mind controlled tactics, programs like MK ultra and their desire to manipulate the perception of the masses with regards to various topics. It’s not surprising if you’ve looked into the black budget world, a world that’s far more advanced that the mainstream world with regards to technology.

Dr. David Jacobs, a retired university professor, is one of many experts who has hypnotically regressed people who claim to have had ET abduction experiences. After thousands of people, they all share the same story. Many filled with forced impregnation, and ‘hybrid’ children, among other things. Could many of these forced abduction experiments simply be deep black projects that are being conducted by rogue government agencies? Now we know that yes, many of them could be. Are all of them? There are stories floating around out there without much evidence, like the idea that Eisenhower made a deal with certain extraterrestrial groups, that they could abduct a certain amount of humans for the exchange of technology. Based on the idea that that forced abductions may be military operations, this supposed meeting is called into question.

Valle writes of Jacobs in his book:

I am trying to read Jacob’s Secret Life.’ The author appears obsessed with what he views as a massive Alien invasion, his analysis is no longer balanced.

This may explain why there is a whole array of people who claim to have had experience with beings from somewhere else, but these experiences did not involve forced abductions, but rather, simple contact experiences. Remember, the key nuance here is we’re talking about human and ET contact, vs forced abductions which are often quite aggressive or terrifying for people.

I’ve written previously about the work of Jacobs, you can read that article here. I’ve been in this field for more than a decade now and the more I learn, the more I have to unlearn and consider other possibilities. I wrote that article being aware that many abduction cases could be military operations, but I did not mention it. I’ve come across the work of many who have interviewed abductees and, from their experiences, there also seems to be a military component as well, or a feeling of military personnel appearing as ‘Aliens.’

How Deep Does The Misinformation Go?

Richard Doty is also mentioned multiple times in Valle’s book. He is a retired Air Force Special investigations officer (AFSIO), and his job was to spread disinformation about the UFO subject during his time with the Air Force. Spreading disinformation about the reality of UFOs is no secret, and in Doty’s case, he admitted to infiltrating UFO circles along with his colleagues to feed ufologists and journalists lies and half truths so that they would never understand any real truth.

So, as you can see, this type of narrative has many interesting sources. You can read more about Doty and watch an interview with him here.

Regardless, There Is Something Going On Here

Valle, and all others in this field are quite aware that something real is going on, and something quite possibility extraterrestrial and inter-dimensional. This article is not meant to shed doubt on the phenomenon itself as well as the extraterrestrial hypothesis. Credible information with regards to sightings, crash retrieval, and possible bodies and contact experiences with ‘aliens’ are out there and can be examined. That being said, there is obviously a lot of disinformation out there as well, ridiculous claims as well as charlatans who are in the field spreading lies and fake stories for the purposes of making money, or perhaps to do what Doty was once tasked with, to spread disinformation, are out there.

With all that being said, the fact remains that:

There is a serious possibility that we are being visited and have been visited for many years by people from outer space, from other civilizations….This should be the subject of rigorous scientific investigation and not the subject of ‘rubishing’ by tabloid newspapers. – Lord Admiral Hill-Norton, Former Chief of Defence Staff, 5 Star Admiral of the Royal Navy, Chairman of the NATO Military Committee (source)