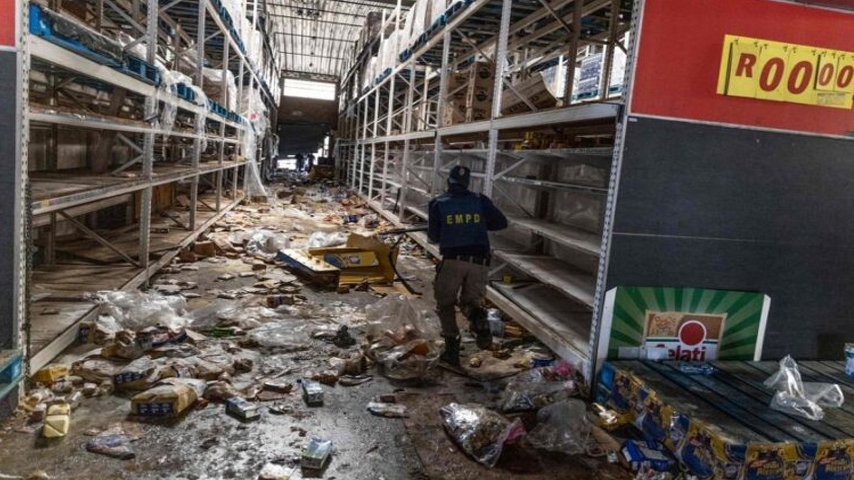 In mid-2007 the Bank for International Settlements (The central bank of central banks) released a statement predicting an impending “Great Depression” caused by a credit market implosion. That same year the International Monetary Fund also published warnings of “subprime woes” leading to wider economic strife. I started writing alternative economic analysis only a year earlier in 2006 and I immediately thought it was strange that these massive globalist institutions with far-reaching influence on the financial world were suddenly starting to sound a lot like those of us in the liberty movement.

This was 16 years ago, so many people reading this might not even remember, but in 2007 the alternative media had already been warning about an impending deflationary crash in US markets and housing for some time. And, not surprisingly, the mainstream media was always there to deny all of our concerns as “doom mongering” and “conspiracy theory.” Less than a year later the first companies awash in derivatives began to announce they were on the verge of bankruptcy and everything tanked.

The media response? They made two very bizarre claims simultaneously: “No one could have seen it coming” and “We saw this coming a mile away.” Mainstream journalists scrambled to position themselves as the soothsayers of the day as if they said all along that the crash was imminent, yet, there were only a handful of people who actually did call it and none of them were in the MSM. Also ignored was the fact that the BIS and IMF had published their own “predictions” well before the crash; the media pretended as if they did not exist.

In the alternative media, we watch the statements and open admissions of the globalists VERY carefully because they are not in the business of threat analysis; rather, they are in the business of threat synthesis. That is to say, if something goes very wrong in the world economically, central bankers and money elites with aspirations of a single centralized economic authority for the world are ALWAYS found to have a hand in that disaster.

For some reason, they like to tell us what they are about to do before they do it.

The idea that globalists artificially create economic collapse events will of course be criticized as a “conspiracy theory,” but it is a FACT. For more information on the reality of deliberate financial sabotage and the “order out of chaos” ideology of globalists please read my articles ‘Fed One Meeting Away From Creating A Doomsday Sinkhole’ and ‘What Is The Great Reset And What Do The Globalists Actually Want?’

The Great Reset agenda proposed by WEF head Klaus Schwab is just one example of the many discussions hidden in plain sight by globalists concerning their plans to use economic and social decline as an “opportunity” to quickly establish a new one-world system based on socialism and technocracy.

The primary problem with discerning what the globalists are planning is not in uncovering secret agendas – They tend to openly discuss their agendas if you know where to look. No, the problem is in separating the admissions from the disinformation, the lies from the truth. This requires matching up globalist white papers and statements to the facts and evidence at hand in the real world. Let’s look specifically at the food shortage problem in detail…

A week ago there was a torrent of press releases from global institutions all mentioning the same exact same concern: Food shortages within the next 3 to 6 months. These statements line up very closely with my own estimates, as I have been warning regularly about the impending dangers of inflation leading to food rationing and supply chain disruptions.

The IMF, the BIS, World Bank, The UN, the Rockefeller Foundation, the World Economic Forum, Bank of America and even Biden himself are all predicting a major food crisis in the near term, and it is not a coincidence that the policies of these very institutions and the actions of puppet politicians that work with them are causing the crisis they are now predicting. That is to say, it’s easy to predict a disaster when you created the disaster.

The claim is that Russia’s invasion of Ukraine is the primary cause, but this is a distraction from the real issue. Yes, sanctions against Russia will eventually lead to less food supply, but the globalists and the media are purposely ignoring the bigger threat, which is currency devaluation and price inflation created by central banks pumping out tens of trillions of dollars in stimulus packages to prop up “too big to fail” corporate partners.

In 2020 alone, the Fed created over $6 trillion from nothing and airdropped it into the economy through covid welfare programs. Add that to the many trillions of dollars that the Fed has printed since the credit crash in 2008 – It has been a nonstop dollar destruction party and now the public is starting to feel the consequences. Lucky for the central bankers that covid struck and Russia invaded Ukraine because now they can deflect all the blame for the inflationary calamity they have engineered onto the pandemic and onto Putin.

Inflation hit 40-year highs in the US well before Russia invaded Ukraine, but let’s consider the ramifications of that war and how it affected the food supply.

The Russian invasion certainly disrupts Ukrainian grain production, which makes up around 11% of the total world wheat market. Russia also maintains a 17% share and together these two nations feed a large swath of third world nations and parts of Europe with 30% of wheat and barley exports, 19% of corn exports, 23% of canola exports, and 78% of sunflower exports.

It is the sanctions on Russia that are a problem well beyond Ukraine, however, as Russia also produces around 20% of global ammonia and 20% of global potash supplies. These are key ingredients to fertilizers used in large-scale industrial farming. Farmers are estimating an overall price spike of around 10% in food markets, but I believe this is very conservative. I am already seeing overall price increases of at least 20% from six months ago, and I expect there to be another 30% in price hikes before this year is over. In other words, we are looking at 50% average increase in 2022.

Official government inflation data and CPI cannot be trusted. Double whatever numbers they give and you will be much closer to the truth. The inflation rate used by Shadowstats.com, calculated using methods once applied by the US government in the 1980s before they “adjusted” their models to hide the data, supports my position so far.

The expectation among US agricultural experts is that China will fill the void where Russian supplies disappear, but it’s a mistake to make this assumption.

Something Weird Is Going On In China

China’s crackdown on covid infections has reached levels so bizarre I have to ask the question: Are their lockdowns really about covid, or are they hiding something else?

The death rate of covid in China is impossible to calculate accurately because they have never released proper data that can be confirmed. However, almost everywhere else in the world, we see a median infection fatality rate of 0.27% for covid; meaning, over 99.7% of people in the world on average have nothing to fear in terms of dying from the virus. But in China, the CCP is acting as if they are dealing with the Black Plague. Why?

Lockdowns have resulted in food shortages across the country as supply chains become strained and manufacturing remains shut-in many cases. The story many westerners are not hearing much about, though, is the fact that Chinese exports have essentially been frozen. This is very important so I think it needs emphasis – Over 1 IN 5 container ships IN THE WORLD are now backed up in Chinese ports due to their covid lockdowns. This is incredible.

Why would China do this over a virus we all know is not dangerous to the vast majority of people? Why institute the worst lockdown in the country so far and starve their own people when the majority of Western governments have now given up on their pandemic fear-mongering and the forced vaccination agenda?

I would suggest the possibility that China might already be engaging in an economic war that many Americans and Europeans don’t even realize is going on. This may be a beta test for a shutdown of exports to the US and Europe, or it is an incremental shutdown that is meant to become permanent. The bottleneck in the trade may also be a precursor to a Chinese invasion of Taiwan.

Taiwan is actually more dependent and intertwined with China’s economy than many people know. China is the biggest buyer of Taiwan’s exports and those exports account for 10% of Taiwan’s GDP. Taiwan has hundreds of thousands of workers and businessmen that travel regularly to China to work, another economic factor that is now strained by lockdowns. Furthermore, Taiwan has multiple corporations that operate their factories in mainland China, all of which could be closed due to covid lockdowns.

All I’m saying is, if I was China planning on invading Taiwan in the near future, I might consider using covid as a cover for damaging their economy first and disrupting their export model. Communists see the population as a utility that can be sacrificed if necessary, and China is perfectly willing to cause short-term suffering to their people if it means long-term gains for the party. Beyond that, if I was going to engage in economic warfare with the west covertly, what better way than to tie up 20% of the world’s cargo ships and disrupt supply chains in the name of protecting the country from a “pandemic?”

The bottom line? Don’t rely on China to fill export needs for fertilizer ingredients or anything else as sanctions on Russia continue.

Inflation vs. Supply vs. Control

As we have seen with almost every authoritarian regime in modern history, control over the food supply is key to controlling the population. It is only surpassed as a strategic concern by control over energy (which we will also see shortages of soon as Europe sanctions Russian oil and gas and starts eating up supplies from other exporters). The food issue hits closest to home because we can see the effects immediately on our wallets and on our families. There is nothing worse for many parents than the prospect of their children going hungry.

The mainstream media is once again ignoring any potential economic threat, specifically, they are denying the notion of food shortages as something to be worried about. I say, why listen to a group of people that are always wrong on these types of events? If anything, I would at least take the words of the globalists seriously when it comes to economic collapse; they benefit the most from such disasters after all, and they also have the most influence when it comes to triggering crisis.

With so many countries scrapping Covid measures are we soon approaching the ‘Peace and Safety’ moment?

Here’s What Happens To Society When The System Fails