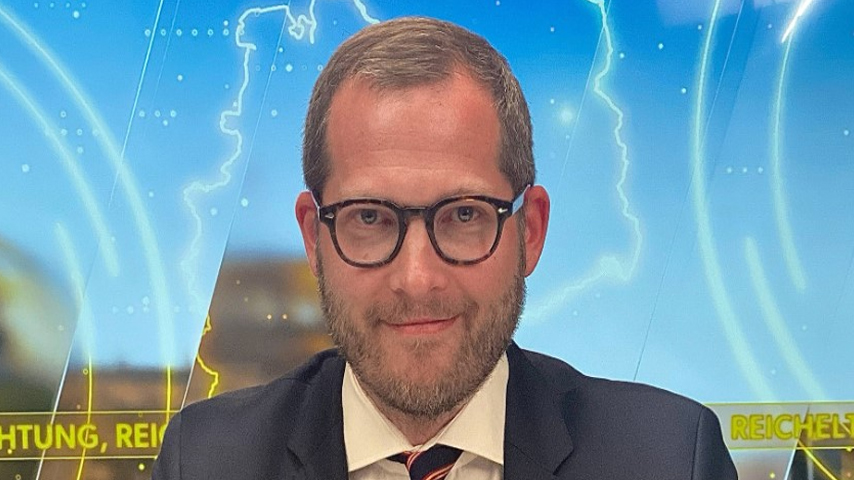 Prices are skyrocketing and we are all getting poorer – everyone feels the price shock, but in statistics, it shows up much smaller. Official inflation figures are around 10 percent. But many citizens notice in their everyday life: Prices are rising – in the supermarket, at the gas station – much faster.

The true inflation is much higher: That’s why there is now the inflation radar from pleiticker.de – one can find it updated daily on their homepage. They have calculated price developments in the areas that really matter: housing, energy and basic foodstuffs. With the latest figures, inflation there was a whopping 56,3 percent over the past year – and 11,6 percent over the past week alone. For the average net income of a German household (€3 600), this means a loss in value of €1 296. This is mainly driven by the rise in energy costs. The price of electricity has risen by an unbelievable 344 percent in the past year.

The official figures, on the other hand, are hardly meaningful: The figures from the Federal Statistical Office are significantly lower and not very plausible for the reality of people’s lives for two reasons: On the one hand, it includes hundreds of products in its unrealistic “shopping basket”

On the other hand, the price shock for electricity and gas only becomes visible in the Federal Statistical Office’s inflation calculator with a long delay. Instead of the market price, the current consumer price is used, which reflects even more favorable market prices from the past. The real market price only reaches the end consumer after many weeks.

Germany’s economy is grinding to a halt

The German economy is slipping as a consequence of the exploding electricity and gas prices and the galloping inflation, which has now solidified in the double-digit range. The former Bild editor-in-chief Julian Reichelt has been documenting the German economic bankruptcy with a new project, called pleiticker.de.

The project is described as follows on the website pleiticker.de: “Every day, companies collapse under the exploding energy costs and file for bankruptcy. More and more people can no longer afford to live. Pleitticker.de documents the crisis that Economics Minister Robert Habeck doesn’t want to see […] The truth is: the wave of bankruptcies has long been here.”

At the beginning of September, the Economics Minister said: “I can imagine that certain sectors will simply stop producing for the time being. Don’t become insolvent.”

This is illustrated on the website not only by the sheer numbers but also by numerous reports on the effects of the failed policy – for example on already known company bankruptcies, impending waves of insolvencies in clinics and other sectors, or the mass terminations of gas customers by the public utility company.

The website also examines actual inflation, because according to Reichelt, the so-called “shopping basket” of the Federal Statistical Office does not reflect the price increases for many everyday products, but, for example, prices for home cinema systems, surfboards, services from domestic staff or visits to the opera. Essentially these are items and services that few avail themselves of.

Hacks from the German regional public broadcaster WDR, have been demanding inflation compensation for themselves – in order to cope with the price increases that they themselves have demanded

Lorenz Beckhardt, WDR journalist and Quarks editor called for a “warning strike in WDR” on Twitter: “With a few exceptions”, public service broadcasting is not done by people who “earn top salaries”. He does not offer any details on his own remuneration and whether he counts himself among his “struggling colleagues”.

The journalists want to push through a 5 percent salary hike and inflation compensation – mainly to be able to cope with the massively rising food and energy prices. For this reason, they stopped work on Wednesday, October 5.

The irony is particularly biting: Not long ago, Lorenz Beckhardt had personally demanded price increases – for the sake of the “environment”. In July 2019 he appealed to politicians in a comment: “Make meat, driving cars and flying so damn expensive that we can put an end to it. Please! Quickly!”.

Now that he has got what he wanted, he is whining about money. For the likes of Beckhardt, this is obviously not a contradiction.

The next hurdle facing the Scholtz federal government’s energy policy is that nobody in Berlin can say how much gas will actually be available to supply the country in winter. Despite – allegedly – ​​well-filled storage tanks, gas in unknown quantities is not intended for Germany at all but flows abroad.

Officially, Germany’s gas storage facilities are more than 90 percent full. But that is no reason for relief because the gas is not reserved for German consumers and companies. The news magazine Focus recently reported on a letter from the Ministry of Economic Affairs to the deputy chairman of the Union parliamentary group, Jens Spahn, which stated: “The Federal Government does not have any knowledge of where the individual stored gas is going.”

The Federal Network Agency told the German weekly Bild am Sonntag: “The stored gas is largely owned by gas traders and suppliers who often operate across Europe.”

Particularly riling is that this also applies to the gas that Trading Hub Europe buys with state aid and has stored under the trusteeship of the Federal Network Agency in the former Gazprom storage facility in Rehden. So, although this gas was financed with tax money, it is not reserved for Germany.

It can be purchased by all national and international companies registered on the German gas market to the highest bidder. For German gas customers, whether private or corporate, this is tantamount to a resounding slap in the face: their own government obviously shows no interest in ensuring energy security and giving preference to German customers.

CDU politician Jens Spahn also criticized this outrage: “The very expensive gas bought in our storage facilities must reach German consumers in winter,” he demanded. In view of the crisis, that should actually go without saying, but in Germany, of course, politicians are pursuing Anglo-Saxon priorities.

Incidentally, neighboring Austria has a similar problem: according to the head of Austria’s largest energy storage company, RAG, a gas storage capacity of 85 percent should be reached by the end of the month. But even there, the country owns just under half of the gas.

“Gone In 30 Minutes” – Next On Europe’s Doomsday List: Collapse Of Cell Phone Networks