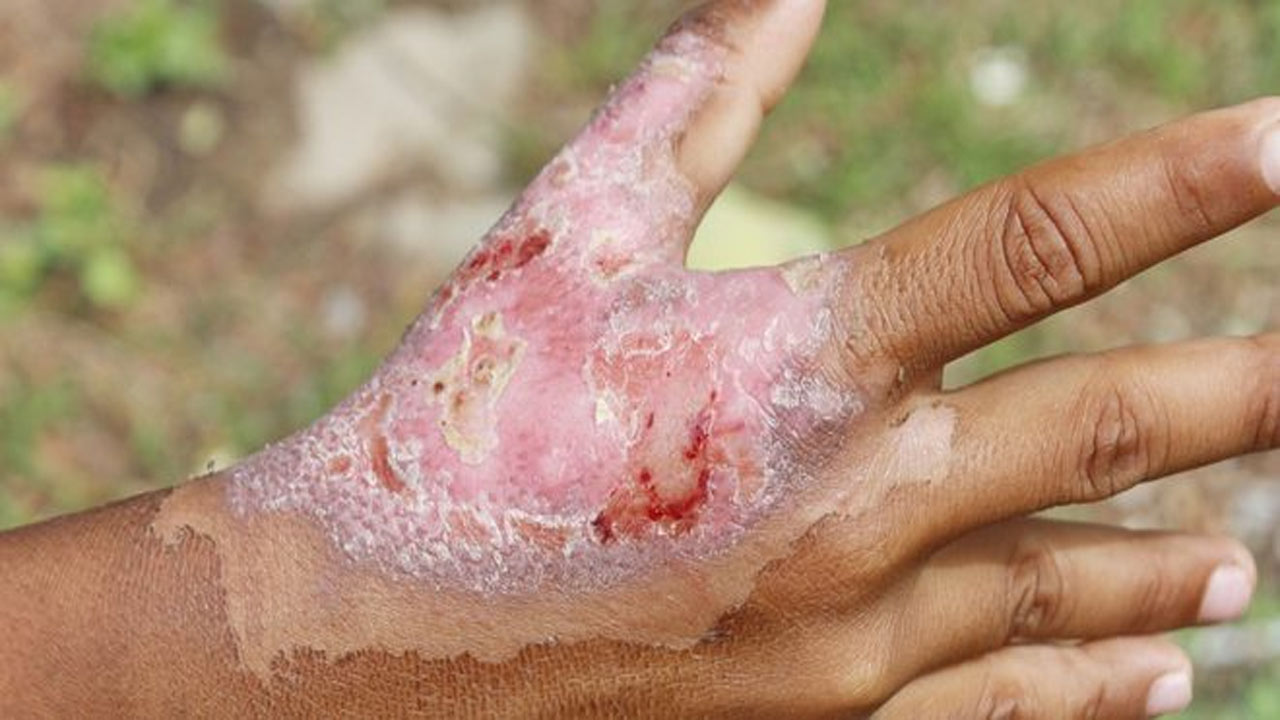 Scar from the 3rd-degree burn (image unrelated to the story, courtesy: Shutterstock)

Dr. Shree Datta from MyHealthCare Clinic said that “figures suggest that Donovanosis … is becoming more common on these shores.”

Granuloma Inguinale, also known as Donovanosis, is a sexually transmitted bacterial infection that causes sores on the genitals. Left untreated, donovanosis ulcers can keep growing and, over time, could damage or destroy larger areas of skin. It is relatively rare in developed countries but is more common in tropical and subtropical climates like India, South Africa, Southeast Asia, and South America. Though there are only 20 or 30 cases each year in the UK, it seems to be catching.

The disease is usually transmitted through unprotected sex, but can sometimes spread through non-sexual skin-on-skin contact.

“As well as the awful symptoms, it’s important people are aware that it’s a known risk factor for the transmission of HIV,” Dr. Datta added.

“Figures suggest that donovanosis – which was previously thought to be restricted to places including India, Brazil, and New Guinea – is becoming more common on these shores,” Dr. Datta told Birmingham Live.

Birmingham Live further reported: “Donovanosis does not actually eat your flesh, but has been dubbed ‘flesh-eating’ due to its gory appearance on the skin.”

Data from Public Health England show that London has the highest number of cases of Donovanosis but it is still far from an epidemic. There were 19 cases in 2016, 26 in 2017, 21 in 2018, and 30 in 2019, Last year, there were 18 cases reported but the drop was credited to coronavirus lockdowns.

Rabbi Rami Levy, an end-of-days lecturer from Jerusalem, noted that the technical description of the disease closely resembles the plague described by Zechariah.

“The prophet described a disease that would accompany the War of Gog and Magog,” Rabbi Levy told Israel365  News. “The current outbreak is exceptional and appears to fit the prophet’s description but it is not nearly on the scale of what we will see before Moshiach (Messiah)”

“The plague that comes after Gog and Magog will be even worse than the Bubonic Plague the world saw in the Middle Ages, destroying a significant part of the world population,” Rabbi Levy said. “But it will afflict specifically the people who came out against the Jews. It is unfortunate that these people suffered and even though it is impossible to definitively state why misfortunes hit some people and not others, these recent cases of flesh-eating disease in England do not seem to fit the description of striking of people who came out against Jerusalem.”

The rabbi noted that this recent outbreak has a clear message, warning against sexual promiscuity.

“Right now we are just seeing wake-up calls, reminders that Moshiach is on the way,” Rabbi Levy said. “God works in stages. He could have created the world in one moment but he chose to do it in six days. The sunrise and sunset are gradual, coming in stages. The Messiah will work in the same way. There will be hints, small occurrences that will reappear in the final days.”

“This is God’s way of showing that even though many of the prophecies seem unlikely or even impossible, they are possible,” Rabbi Levy said. “It gives us a chance to see that everything prophesied about the Messiah can indeed happen and we need to prepare now and not when they appear in fullness. But by then, it will be too late.”

McKana: Reason behind magnet sticking at the place of the jab