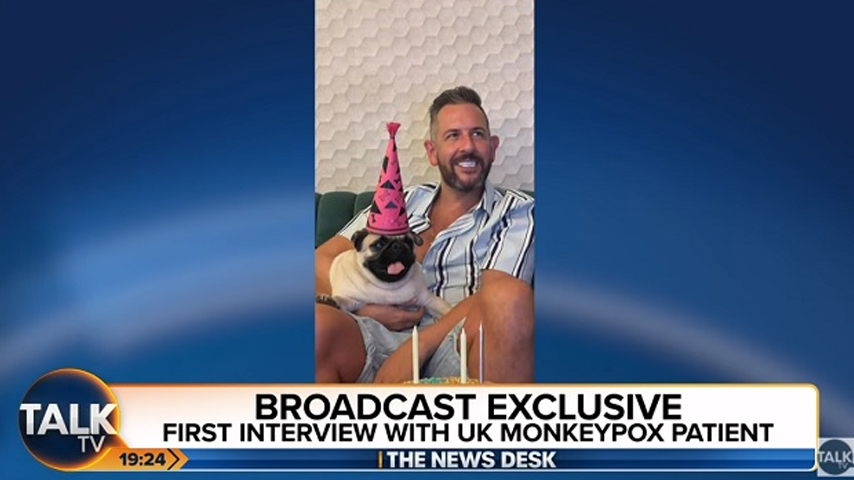 “The first British monkeypox patient to go public is an HR manager from London who caught the virus after being deported from Dubai for testing positive for HIV,” The Daily Mail reports.

From The Daily Mail, “Pictured: First monkeypox patient to go public is a gay HR manager from London who was deported from Dubai just weeks ago for testing positive for HIV — and he claims he STILL hasn’t been contact traced”:

James M, 35, has spoken out after claiming that health chiefs still haven’t contacted him despite being diagnosed with monkeypox nearly a fortnight ago.

He slammed the UK Health Security Agency (UKHSA) for ‘a real lack of any basic process or care to stop the spread’ of the tropical virus, which has so far infected more than 300 Britons, mostly gay and bisexual men.

James — who wished to keep his surname anonymous — admitted he is not following self-isolation rules because ‘I was told to stay home until UKHSA contacted me… and they never did.’

He accused the UK of having a lackadaisical approach to contact tracing, saying it was ‘no wonder’ Britain had more cases than any other country outside of Africa. There is also a lack of awareness about monkeypox’s lesser-known symptoms, he claimed.

James was readjusting to life in west London when he began suffering from ‘really weird aches’ in his lower back, exhaustion, extreme thirst and pain when he used the toilet.

He became convinced he had a sexually transmitted infection (STI) after sleeping with around 10 new partners in the weeks before his symptoms started.

‘I’m a gay man, and having just come back to the UK, I was having a good time,’ he told MailOnline.

But medics wrongly assumed it wasn’t monkeypox because he didn’t have the virus’ tell-tale rash.

James had just returned from Dubai, where being gay is illegal, after four years following a ‘shock’ HIV diagnosis in February.

His alleged “monkeypox” case, which included zero tell-tale rashes, was “confirmed” by a PCR test, so who knows if this is even true.

Regardless, one would think that asking gay men to stop having sex with dozens of random strangers to prevent the spread of this virus would be a wise decision in the interest of public health but instead, public health authorities have made it clear such a suggestion is untenable.

EU explains why it continues to arm Ukraine