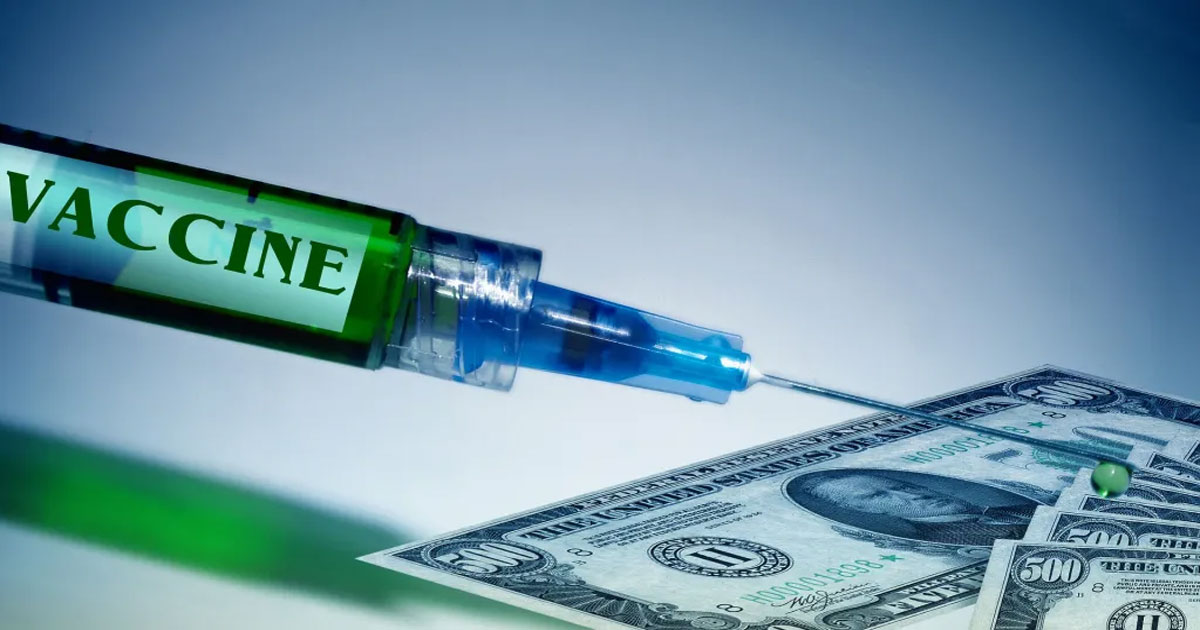 A guest post by Selwyn Duke of Blue State Conservative:

A bit more than a month ago I wrote about “My troubling COVID vaccine story experiences.” Aside from citing a friend who developed heart inflammation after taking a coronavirus genetic-therapy agent (GTA, a.k.a. a “vaccine”; more on this later), I mentioned that I’d had some unusual experiences: I encountered two men within a relatively short period of time, at the same recreational facility, who told me they’d had heart attacks — after taking SARS-CoV-2 GTAs.

One man suspected the GTA induced his coronary; the other fellow was oblivious, though his attack occurred the month after his shot.

At the time, I mentioned that though I’d been reporting on GTA-coincident complications for a while, I aimed to be objective and thus had to consider that my experiences *could* have been mere coincidences. All the men in question are over 60, at ages where heart issues are more common, after all. On the other hand, I pointed out that I wasn’t looking for these stories or asking related questions, and I’m not a social butterfly who regularly interacts with large numbers of people.

But then it happened again. At the same recreational facility approximately two weeks ago, I saw a man I’d met there previously. After extending mutual greetings, one of the first things he said was, “I had a heart attack.

Sure enough, I learned that he’d taken a GTA.

He didn’t connect the two occurrences; in fact, when I mentioned I’d met other men suffering the same fate, he suggested it was a coincidence.

But this thesis appears to have gone out the window.

Consider the testimonial of Steve Kirsch, executive director of the COVID-19 Early Treatment Fund and also identified as a Food and Drug Administration (FDA) panel member. In an eight-hour virtual discussion of the Vaccines and Related Biological Products, Advisory Committee released Friday by the FDA, Kirsch said there “are four times as many heart attacks [as is normal] in the treatment group in the Pfizer six-month trial report — that wasn’t bad luck.”

What’s more, “The VAERS [Vaccine Adverse Event Reporting System] shows heart attacks happen 71 times more often following these vaccines compared to any other vaccine,” he continued (video below. It should automatically start at 4:20:17; if it doesn’t, you’ll have to fast-forward to that point).


Among other things, Kirsch presents the following table:

Kirsch is, of course, not the only informed person warning about or wary of the GTAs. Though the shot-hesitant are portrayed as knuckle-dragging, medieval scientific obscurantists, a study found that the education-level-defined group least likely to be vaccinated is Ph.D. holders. Even more strikingly, it emerged in May that at least 40 percent (this figure may be different now) of FDA employees and those at Anthony Fauci’s NIAID hadn’t yet been vaccinated. Did they know something Fauci wasn’t telling?

Then there are the nurses choosing to resign in droves rather than take the GTAs. (In fact, a New York hospital was consequently left so short-staffed it had to cease delivering babies.) One such nurse, who faces dismissal for refusing the jab and wishes to remain anonymous, contacted me after reading my first COVID-experiences article. Here’s her explanation for why she won’t take a GTA (edited for punctuation):

Below are the testimonials of other people who contacted me and who I’m also keeping anonymous (edited for grammar, style, and punctuation).

Another woman, in middle America, mentioned that her family members were rushing to get the GTAs and then wrote, “I have been quietly observing some medical issues that may be related to adverse effects.” She then provided the following list:

1.My brother’s daughter made a plan to kill herself and had to be hospitalized.

2.My sister’s husband is having a very sudden noticeable deterioration of cognitive ability.

1.My son is experiencing swelling of the lymph nodes in his neck and armpits.

1.My very fit athletic 16 year old granddaughter is experiencing swelling of her hands and feet. (This seems related to circulation at least.)

Some of the above are “scientific”; much of it is anecdotal. Yet there’s far, far more evidence of the GTAs’ downsides than I’ve mentioned here (this interview with renowned China virus doctor Peter McCullough is a must-watch). Moreover, dismissing “anecdotes” — even when enough of them, intelligently analyzed, can be tantamount to a scientific sample — is foolishness.

Oh, and here’s why I label the GTAs just that: Traditional vaccines work via the introduction of an organism into your system that induces an immune response corresponding to that organism. China virus GTAs work differently: They introduce a genetic code into your bloodstream that programs your body to (supposedly) create an immune response. Yet as Dr. McCullough, one of the most published experts in his field, pointed out, we’ve never asked the human body to do this before.

Making this even more tragic is that becoming a GTA guinea pig is wholly unnecessary. McCullough also informed that COVID has always been treatable, and with early intervention, it’s fatal to a precious few. In fact, because they’ve demonized efficacious early treatments, Fauci and his feckless medical establishment fellows have blood on their dissembling, unholy hands.

As for Steve Kirsch, he’s firm on where he stands. He said simply and definitively, “The vaccines kill more people than they save.”