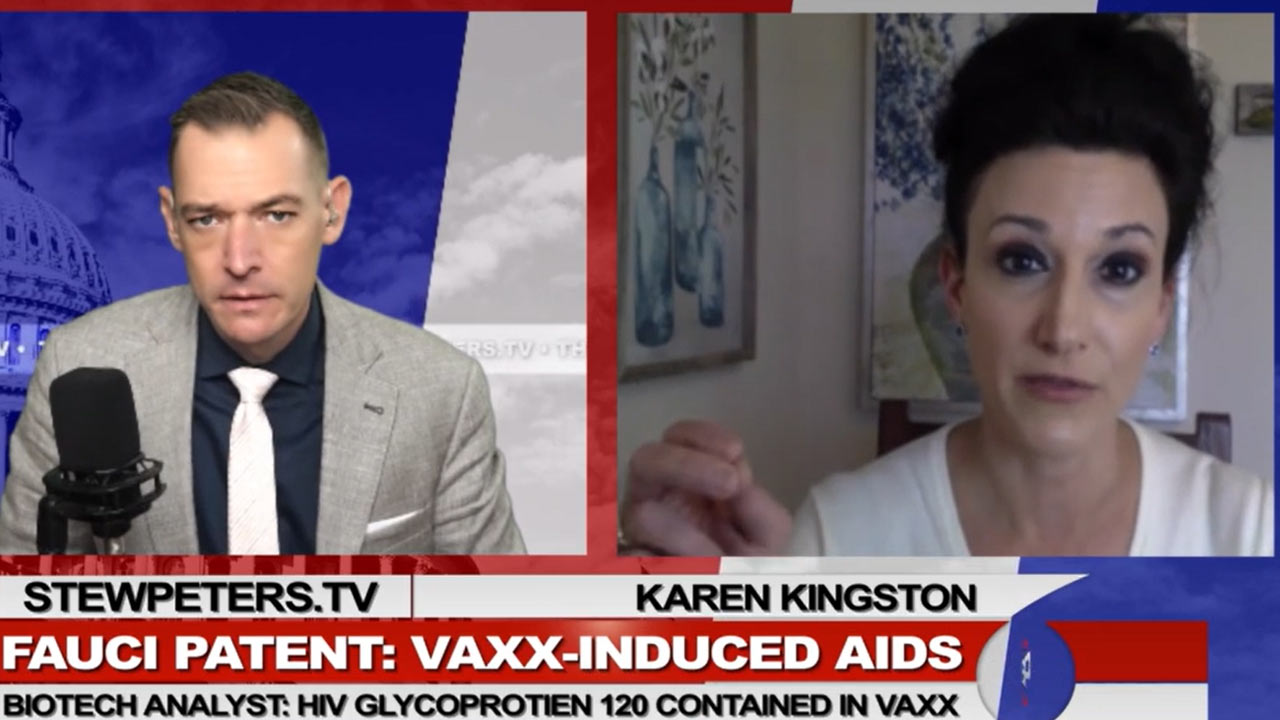 As I first reported on February 9th, 2020, and again on March 15th, 2020, researchers at the Indian Institute of Technology in Delhi had published a paper on January 31st about their findings of four unique insertions in the Novel Coronavirus. These were the features that made it “novel” because they had not previously been found in any other coronavirus.

It just so happens that these insertions appeared to be the same spike glycoprotein GP120 found on the HIV virus. In the Abstract, the Indian scientists wrote that this fact was “unlikely to be fortuitous in nature,” which was a delicate way of saying that SARS CoV-2 is a bioweapon.

The four HIV GP120 and gag protein receptor sequences that they’d discovered in the SARS CoV-2 virus are what allow both the HIV and COVID viruses to enter the cells of human bodies and to bind to human CD4 (T type white blood) cells.

If the presence of HIV GP120 in the Novel Coronavirus were due to random mutation/recombination, we’d expect to see other HIV sequences randomly distributed in the Wuhan virus’s genome. But we don’t.

These HIV sequences are found ONLY in critical binding sites, which is a clear indication of intentionality.

The Indian scientists were swiftly forced to withdraw their paper and The Lancet immediately published a statement signed by 27 scientists completely rejecting the possibility that the virus may have leaked from the Wuhan Institute of Virology, which effectively killed any meaningful study into the origin of the virus.

Biotech analyst and former Pfizer employee, Karen Kingston joins Stew Peters to discuss how many of those injected with the so-called “vaccine” are having their immune systems wiped out and they’re exhibiting rare symptoms that are commonly seen in AIDS patients, such as Kaposi’s sarcoma-associated herpesvirus, Mycobacterium avium complex [MAC] and depleted CD4 counts.

She then gets into the evidence of how the vaccine produces the spike protein that contains HIV GP120, which could explain why these unusual symptoms are happening.

She says, “The codon, the sequence for HIV glycoprotein 120 is in the spike protein. It’s called ‘double CGG’…In June of this year, the Wall Street Journal did an article on this and what they said was, ‘the double CGG is suppressed naturally, the opposite is true in laboratory work. The insertion sequence of choice is the double CGG.’

“What does this mean? It means it’s not a naturally-occurring genetic code and scientists put it into chimeric gain-of-function viruses intentionally for two reasons. 1) They know then, they marked it with their code, and 2) they can track it.

“And what’s more alarming is…one study that was done in 2004 and you see the usual suspects: an NIH-sponsored study, it’s done with folks at Harvard, it’s done with an AIDS research organization, it’s done with Berlin and it’s done out of Peking University in China and what they did was they took coronavirus SARS-CoV-1 and they wanted to optimize it for infection and receptor to the ACE-2 inhibitor.

“And the way that they did it was they put monkey HIV, simian HIV in there, they used murine mouse leukemia codons. But what’s most interesting is they said: ‘Infection mediation by a spike protein variant whose cytoplasmic domain had been truncated and altered to include a fragment of the cytoplasmic tail of the Human Immunodeficiency Virus Type 1 envelope glycoprotein was, in both cases more efficient than the wild-type spike protein.’

“So by adding HIV glycoprotein 120, they made it more receptive to the ACE-2 receptors in your lungs and kidneys, as well as to your T cells, your CD4 cells, to annihilate them.

“Now, this is the part where people’s jaws are going to drop: We know CGG is not found in nature, therefore, it’s patentable. Well, who did all the research on this? And who owns it? Well, Dr. Fauci did a number of studies, he paid himself over $11.677 million with US Taxpayer dollars, between 2014 and 2020 to research, using glycoprotein 120 from HIV and integrating it into coronaviruses – and he patented it. He owns several patents on this.

“So every time someone’s being injected with the synthetic mRNA, producing the Wuhan-HU-1 spike glycoprotein, Fauci is making a dime…

“This isn’t a matter of interrogating Dr. Fauci. The evidence is there that this man is a global genocidal sociopath and he’s caused the death of millions of American adults and children and he’s also induced autoimmune disease.

“Keep in mind, RNA, the coronavirus, whether it was synthetically-made or whether it was zoonotic or human-infected, it’s an unstable virus. Children never get infected.

“What the scientists did, in collaboration with Dr. Fauci is they took an unstable virus, encapsulated it into a biosphere, added chimeric gain-of-function weaponization of this virus, injected it into human bodies, and told them this was ‘safe and effective.

“Meanwhile, a child who would have no chance of ever getting infected with this is now injected with a bioweapon, it hijacks their perfectly healthy, balanced, in-order immune so that they actually produce a disease-causing spike glycoprotein and wipes out their immune system, so they develop autoimmune disease, also known as Acquired Immuno Deficiency Syndrome, also known as AIDS…

“This is nothing short of conspiring to commit aggravated assault and murder of children. That is all it is…

“We’re going to see an onslaught of rare auto-immune diseases, just like we saw with HIV, just things that people had never seen. Adults were coming down with cat leukemia, they were coming down, again with something called MAC, which is caused by earthworm excrement. They also had major neurological disorders. This is what we’re bringing onto the American people and onto our children.”

Kingston believes that the doctors who are going along with this are financially motivated and that Anthony Fauci and the legions of his accessories belong in jail.

BEWARE: Nucleic acid vaccines use a GENE GUN that forces mutated code into your cells to create protein prions that clog your blood