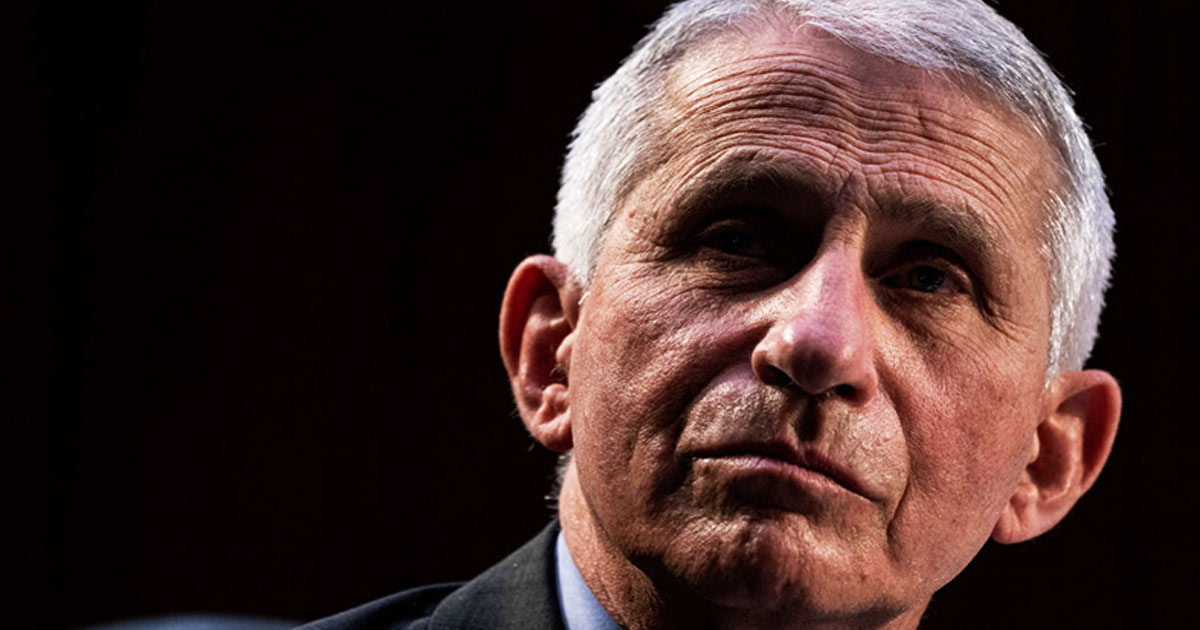 Dr. Anthony Fauci has claimed that in order for herd immunity against coronavirus to be reached in the US, children and even babies will have to be vaccinated.

Speaking during a Senate hearing, the chief medical adviser to the Biden administration said “I think we should be careful about wedding ourselves to this concept of herd immunity because we really do not know precisely, for this particular virus, what that is.”

“We don’t really know what that magical point of herd immunity is, but we do know that if we get the overwhelming population vaccinated, we’re going to be in good shape. We ultimately would like to get and have to get children into that mix,” Fauci added.

We will vaccinate school-age kids and 6-month babies to protect them from COVID. Dr. Anthony Faucihttps://t.co/0J5JkVvdS6#Follow @JimmyAdHub pic.twitter.com/6lllI7SUeD

“We’re going to be looking at multiple aspects of safety,” Fauci told reporters, adding “There is really no biological reason at all to indicate or even predict that you would even see any modification of a genetic profile when you’re dealing with mRNA, which has no way of integrating into the genome of a cell.”

Vaccine manufacturers Pfizer-BioNTech and Moderna are both currently running tests of their mRNA vaccines in children.

Moderna has also revealed that it has a study underway in children under 12 that will eventually include those as young as six-month-old babies.

CDC figures show that of almost 400,000 US deaths counted as from COVID-19, just 93 were children 4-years-old and younger.

The figure equates to less than 0.1% of the population, yet Fauci is suggesting that 23.6 million children aged 0-5-years-old need to take the vaccine, arguing that if they do not, herd immunity may not be reached.

Elsewhere during the Senate hearing Thursday, Rand Paul, also a doctor,  clashed with Fauci, arguing that forcing people to wear masks after they have had the virus or the vaccine is compromising immunity.

“There have been no scientific studies arguing, or proving, that infection with COVID does not create immunity,” Paul stated.

The Vatican’s Upcoming ‘Health’ Conference? The Devil’s Making Them Do It