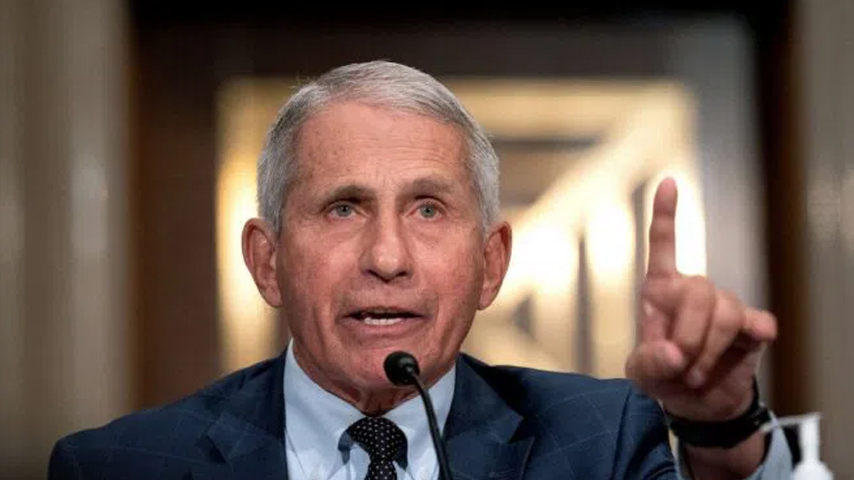 Dr. Anthony Fauci believed that the CDC and scientific ‘experts’ like himself should be above the jurisdiction of the courts.

Appearing on the soon-to-be trashed CNN+ Fauci suggested that a federal judge who struck down the mask mandate, should not have the authority to do so. He described the move as “unlawful ”and “disturbing”.

The president’s chief medical adviser said: “The CDC has the capability, through a large number of trained epidemiologists, and scientists, to be able to make projections and make recommendations. Far more than a judge with no experience in public health”

Fauci declared that he “was both surprised and disappointed,” adding that “those types of things really are the purview of the CDC. This is a public health issue.”

“For a court to come in and interfere in that, is really unfortunate. It’s unfortunate because it’s against public health principles,” Fauci claimed.

“If you look at the rationale for that, it really is not particularly firm, and we are concerned about that, about courts getting involved in things that are unequivocally a public health decision,” Fauci asserted, decreeing that “This is a CDC issue, should not have been a court issue.”

He also claimed it would have been “perfectly logical” for the CDC to continue to extend the mask mandate indefinitely.

This will probably get some pick up.

Fauci on the repeal of the plane mask mandate

"This is a CDC issue, it should not have been a court issue."
Via @kasie
pic.twitter.com/4sGNGdTL32

And that again highlights why unelected bureaucrats like Fauci shouldn’t be elevated to positions of authority.

Absolutely insane. Fauci is saying that unelected CDC bureaucrats should be able to impose their will on the country without question or pushback. Just nuts. https://t.co/C3PATKuUXk

One can also say this is a game plan to enact WHO’s pandemic treaty. If CDC gets the status of being above the law it would be easier for WHO to be above the international law. Hence global governance.