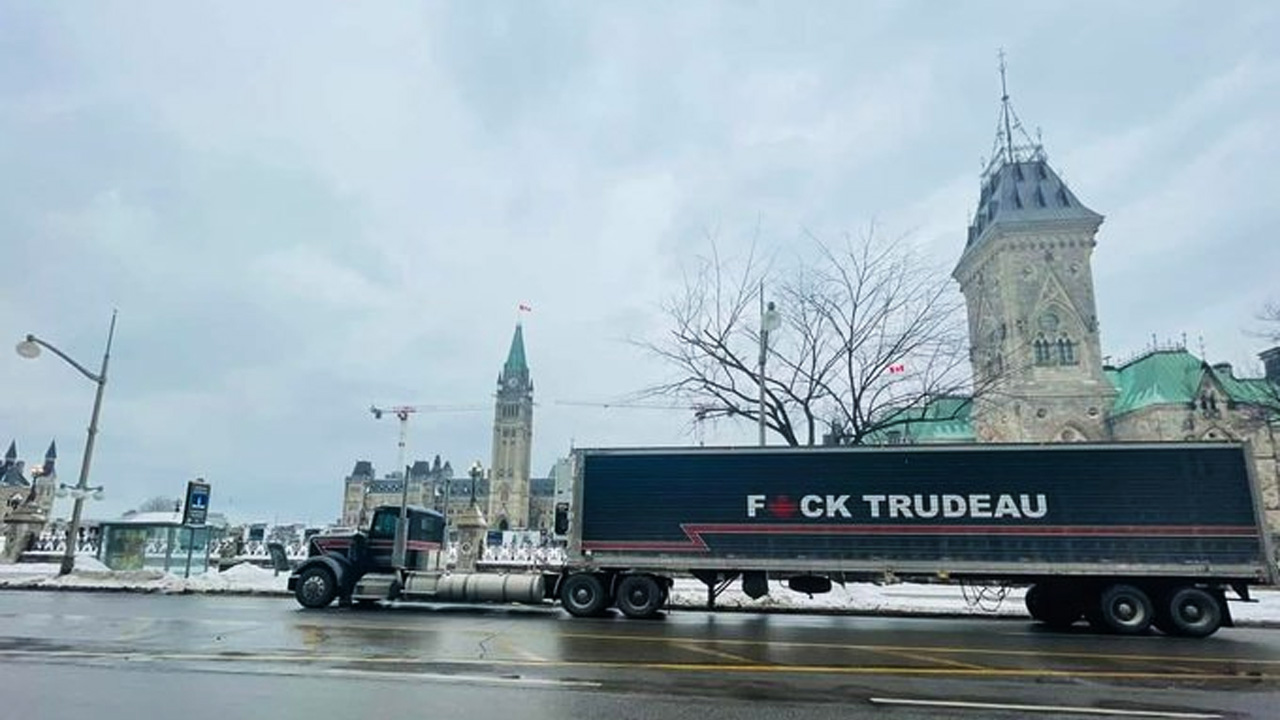 The Fuck Trudeau Truck has arrived on Parliament Hill in Ottawa, Ontario, Canada!!!

Keean Bexte from the TheCounterSignal.com reports:

An internal document acquired by The Counter Signal reveals emergency protest procedures to be taken as the convoy arrives in Ottawa, including what to do if anti-mandate protesters were to storm parliament and occupy the government.

Under the subtitle “RED ALERT,” the document reads, “A protest (Freedom Convoy) is ongoing in the national capital region’s downtown core area and is expected to proceed over the weekend. Traffic and road closures will severely impact both the Ottawa and Gatineau sides of the river. Avoid the area until further notice and telework if possible.”

The document continues, detailing the procedures those in parliament should take in the event of an occupation of government as if they’re honestly expecting that.

As the document details:

If your floor or workspace is occupied by demonstrators:

“Thank you, further updates will be made available as the demonstration progresses,” the document concludes.

The document comes on the eve that the bulk of the trucker convoy is set to descend on Ottawa — a peaceful movement that seeks to unify Canadians in their struggle to reclaim their freedoms.

So far, the only one even suggesting that the protest could evolve into a ‘January 6 moment’ is the mainstream media.

If parliament were to be stormed, of course, should something like January 6 happen, this would allot PM Justin Trudeau, the feds, and the media to go after all attendees and malign future anti-mandate demonstrators.

Thus, all truckers and other demonstrators participating in the protest should be cautioned against the possible influence of bad state actors attempting to goad people into storming parliament:

DO NOT ENTER PARLIAMENT UNDER ANY CIRCUMSTANCE.