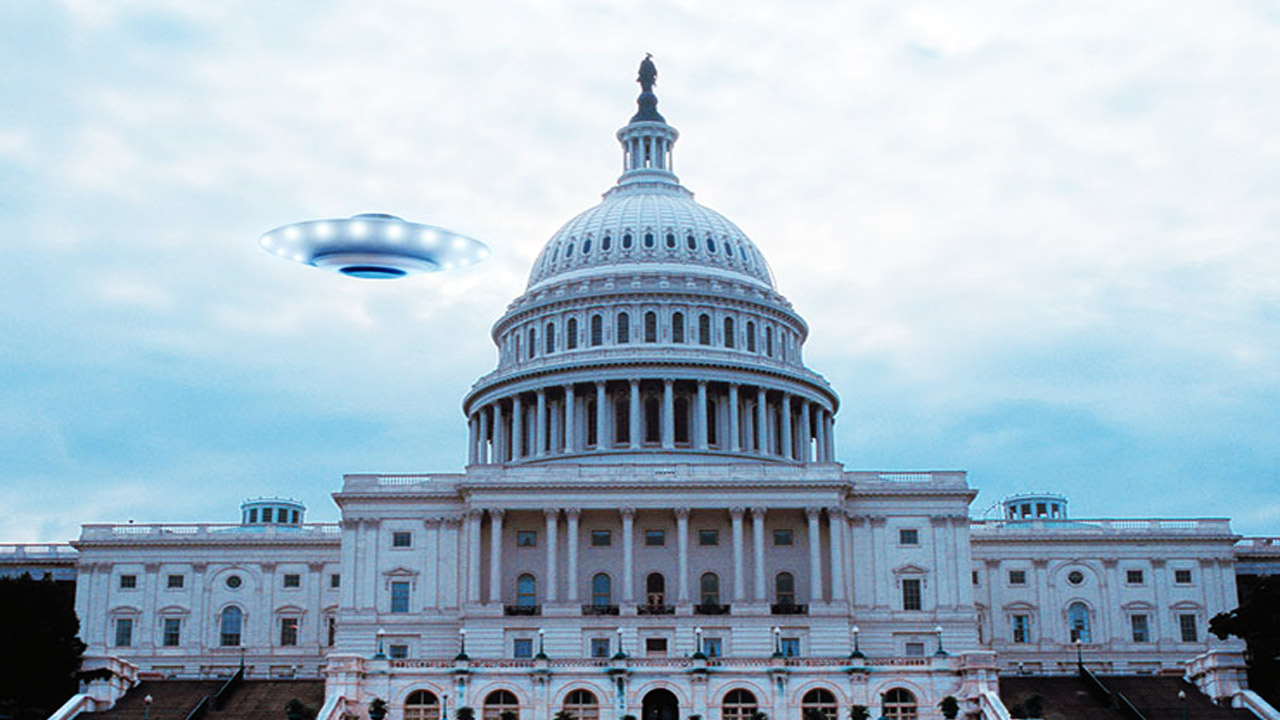 Be afraid! Be very afraid! That, apparently, is how the powers that be have wanted us to react to a continuous series of deceptive ‘false flag’ events perpetrated on the public for many years.

According to Prof. Lance DeHaven-Smith, author of Conspiracy Theory in America:

“The term false flag describes covert operations that are designed to deceive in such a way that activities appear as though they are being carried out by entities, groups, or nations other than those who actually planned and executed them.”1

Contemporary events that can be labeled as ‘false flag’ include the 1933 Reichstag fire in Berlin that was blamed by the Nazis on the Communists; “the proposed, but never executed, 1962 Operation Northwoods plot by the US Department of Defense for a war with Cuba involved scenarios such as fabricating the hijacking or shooting down of passenger and military planes and the sinking a US ship in the vicinity of Cuba”2; and more recently, the events of September 11, 2001.

It now appears we face the imminent danger of a bogus invasion by extraterrestrials. Advances in technology allow for such a scenario to seem authentic. So say a number of experts in fields as varied as physics and politics. In this brief exposé, we will explore what those experts are telling us.

A Mike Adams article cites a number of UFO experts who are “warning about what might be the most bizarre event in human history: A ‘cosmic false flag’ where… desperate governments of the world stage a massive fake alien invasion to finally complete their goal of ensuring total human obedience under a never-ending ‘the aliens are coming’ false flag hysteria.”6

He refers us not only to the work of Steven Greer but includes a link to a video from author/activist Mark Dice who talks about Project Blue Beam which uses what’s called the radio frequency hearing effect to beam and modulate non-directional voices into peoples’ inner ears.7

Dice reminds us that in the 1980s US President Ronald Reagan suggested before the United Nations General Assembly that perhaps we needed an alien invasion to bring the world together by uniting to fight a common enemy.

Mike Adams’ article also includes a link to a video by former Canadian Defense Minister Paul Hellyer who echoes a similar warning.8 Hellyer talks about the “deep state” power of corporations, intelligence agencies, US military, and weapons manufacturers whose “collective power is incalculable. And their plan is an empire greater in size and power than any empire before it…. It will end all government pretense of the government of, by and for the people. It will be a dictatorship… of the privileged elite.”

In a New Dawn interview a few years ago with Ufologist Norio Hayakawa, he echoed the belief of Dr. Jacques Vallee that the UFO phenomenon is real but cautions us that we cannot assume it has to do with extraterrestrial visitations.9

Hayakawa went on to suggest that, “it could even be a momentary, holographic intrusion from some form of ‘parallel intelligence’… some form of ‘time-slip’, interdimensional ‘accident’. We just do not have the answer at the present time,” he said.

“The late Canadian investigative journalist Serge Monast… was the first to come up with the allegation [in 1993] that NASA will develop this [Project Blue Beam] technology…. HAARP, which began to be talked about in the early 1990s, was basically another version of Project Blue Beam, utilizing some of the Tesla technologies….

“If there really exists a global cabal whose long-term plan is to enforce a global government, the most logical way to carry out this plan would be to create an absolutely convincing need for such an authority.”

Hayakawa mentioned the work being done at Los Alamos, Sandia, White Sands, and Dulce, all in New Mexico. He also reminded us of the related work of famous conspiracy theorist William ‘Bill’ Cooper and of the claims of Robert ‘Bob’ Lazar who says he took part in a top-secret government project at Nevada’s Area 51 to reverse-engineer recovered ET spacecraft.

(It is interesting to note that Hayakawa and others point to military projects to create holographic projectors for psychological warfare as the probable method used to create the ‘Arizona Lights’ on 13 March 1997.)

Christopher L. Ruby, who calls himself a holistic visionary and runs the Heartcom Network and radio show, has a page on his website that addresses many ramifications of Project Blue Beam.10

He takes a religious bent in predicting one of the goals of the fake alien takeover will be to discredit organized religions in favor of a one-world faith, thereby causing further religious wars on our planet wiping out a large segment of the population.

He points to media attempts to condition us to both fear ETs and submit to their takeover – programs such as the SciFi Channel’s 2002 Steven Spielberg 10 episode miniseries Taken; the 2002 M. Night Shyamalan science fiction thriller starring Mel Gibson about crop circles called Signs; the Star Trek and Star Wars series; and even the Stanley Kubrick film 2001: A Space Odyssey.

While such movies as Spielberg’s Close Encounters of the Third Kind (1977) and E.T. (1982), as well as the recent highly acclaimed Arrival stress peaceful communication with aliens, they can be contrasted with early films like The Day the Earth Stood Still (1951) and War of the Worlds (1953) as well as the more recent Alien series of sci-fi horror movies, all of which scared the heck out of this writer, especially at a young age.

While there are many more flicks I’ve not mentioned, perhaps the most obvious and glaring example of impending alien invasion is the movie Independence Day (1996) starring Will Smith.

In short, it’s becoming increasingly clear we’ve been conditioned to be afraid of extraterrestrials over a very long period of time.

On his website, Christopher Ruby gives details about existing technology that can cause earthquakes at specific points on the planet and that can erupt volcanoes.

He also describes how it’s now possible to produce gigantic “space shows” with 3-D optical holograms and sounds projected from satellites onto what’s called the sodium layer about 60 miles above Earth’s surface.

The sodium layer refers to a layer within the Earth’s mesosphere of unbound, non-ionized atoms of sodium that comes from the ablation of meteors.

From an audio perspective, we know that a combination of electromagnetic radiation and hypnosis has been the subject of research since the 1970s.

Ruby quotes a researcher named G.F. Shapits who said back in 1974 that, “…the spoken words of the hypnotist may also be converted by electromagnetic energy directly to the subconscious part of the human brain without employing any mechanical device for receiving or transcoding the message, and without the person exposed to such influence having a chance to control the information input consciously.”

This possibly indicates that many of the mass shootings we have seen in recent decades are the result of such influence on what can be referred to as ‘Manchurian Candidates’. I believe it is safe to say those poor unfortunates can be presumed ‘Guinea Pigs’ for testing these deplorable weapons.

While we know the Soviets experimented a great deal with that kind of weaponry, it would be a mistake to think the Western powers, as well as China, have not also perfected and exploited such telepathic instruments.

In January 1991 the University of Arizona hosted a conference entitled “The NATO Advanced Research Workshop on Current and Emergent Phenomena and Biomolecular Systems” at which attendees were warned about the potential abuse of their research findings.11

In fact, we now know there is equipment in operation at the CIA and the FBI that treats the human brain and neuro-muscular systems with ultra-low frequency radiation pulses. Perhaps it’s possible to make the blind see, the deaf hear, and the lame walk. But we may never know.

Instead, it is more likely that a statement made in an April 1970 Psychology Today article entitled “Criminals Can Be Brainwashed – Now” by University of Michigan psychologist Dr. James V. McConnell is true.12 Dr. McConnell is quoted as saying, “The day has come when we can… gain absolute control over an individual’s behavior.”

Ruby’s website also points us to other work being done in this area:

The December 1980 edition of the US Army’s Military Review featured an article by Lt. Col. John B. Alexander entitled “The New Mental Battlefield: Beam Me Up, Spock” in which he stated:

“If it is possible to feed artificial thought into the multigenic field via satellite, the mind control of the entire planet is now possible. An individual’s only resistance would be to constantly question the motivation behind their thoughts and not act upon thoughts which they consider to be outside their own ideological, religious and moral boundaries.” (Emphasis added)

The now-retired Col. Alexander, who figures prominently in the 2004 movie about the US Army’s studies of military applications of the paranormal, entitled The Men Who Stare at Goats, gives us a hint of how we can try to combat the effects of such mind control operations (re-read the italicized text above from Col. Alexander’s article).

Dr. Greer emphasizes we must educate ourselves about the possibilities of these new weapons. For instance, even though the level of classified holographic technology can now produce an image a thousand times better than that of Michael Jackson dancing on stage seen a couple of years after his death, we need not be fooled! “Question everything,” Greer implores.

The new technologies outlined above don’t have to be used in perpetual warfare. They can be used for the benefit of mankind to provide unlimited amounts of energy that make obsolete dirty fossil fuels and nuclear power. Only the few who control those sources of energy benefit from keeping us enslaved to them.

Paul Hellyer claims we’ve been given only a few months, not a few years, to change. He believes that if a critical mass of five million people read his book, The Money Mafia: A World in Crisis, change will start.13 In it, he recommends an end to private bankers’ control of money by establishing a publicly-owned US central bank; full disclosure of the secret government; acknowledging our real relationship to extraterrestrials; the release of patents on free-energy systems; a concerted effort to restore the oceans and the forests; and full disclosure of the technologies presently being used for weather modification (chemtrails) like HAARP.

But, perhaps most important for all of us to see will be Dr. Greer’s next effort, Unacknowledged: An Exposé of the Greatest Secret in Human History,14 a new movie that seeks to cover more of what we have discussed in this brief article, and give us additional mental ammunition to fight off Project Blue Beam or any other mind control weapons that are designed to fool us into believing we’re in danger of being invaded by hostile aliens.

By Alan Glassman. This article was published in New Dawn Special Issue Vol 11 No 2. Footnotes:

4. “RED ALERT: The Asteroid Threat is Not What It Seems… THIS is What’s Really Happening!” by IWB, 20 Feb 2013, investmentwatchblog.com/red-alert-the-asteroid-threat-is-not-what-it-seems-this-is-whats-really-happening/

5. “When Seeing and Hearing Isn’t Believing” by William M. Arkin at www.washingtonpost.com/wp-srv/national/dotmil/arkin020199.htm

10. “Project Blue Beam and Archetypal Fears of the Unknown” by Christopher Ruby at www.heartcom.org/bluebeam.htm

12. See reference to James V. McConnell, “Brainwashing the Criminals,” Psychology Today, April 1970, Vol. 3, No. 11 in “Project Blue Beam and Archetypal Fears of the Unknown” by Christopher Ruby at www.heartcom.org/bluebeam.htm

13. See an introduction to the book at www.youtube.com/watch?v=x-lDm0AitY0

14. See a trailer for the film at www.youtube.com/watch?v=2_-VPmD7kUk

NATO admits it wants ‘Ukrainians to keep dying’ . . . to bleed Russia, not peace