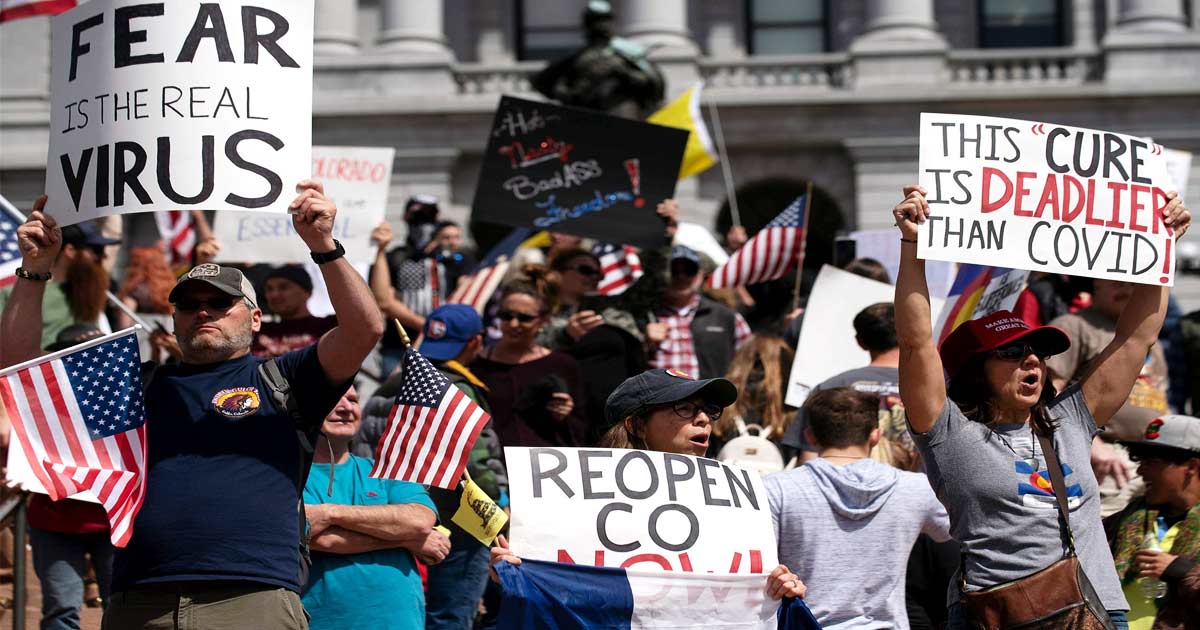 The social media giant acknowledged removing the posts promoting protests in California, New Jersey and Nebraska which violated measures taken by governors to slow the spread of COVID-19.

Facebook has been the main main hub for the coordination and promotion of these events, bringing together anti-government and conspiracy-minded fringe activists, including militia groups, religious fundamentalists and anti-vaccination proponents, with the common cause of ending state and federal efforts to restrict freedom of movement to halt the coronavirus’ spread. –NBC News

Says it is working to get answers from New York, Wisconsin, Ohio, and Pennsylvania as to whether anti-quarantine protests breaks those states' social distancing measures.

“We do classify that as harmful misinformation and we take that down,” said Facebook CEO Mark Zuckerberg on Monday during an appearance on ABC, adding “At the same time, it’s important that people can debate policies so there’s a line on this, you know, more than normal political discourse. I think a lot of the stuff that people are saying that is false around a health emergency like this can be classified as harmful misinformation.”

The move by Facebook comes after dozens of protests were held in various states in recent weeks – with smaller gatherings marked by “dozens or hundreds of protesters” gathering in front of state capitols and governors’ mansions while waving American flags and signs suggesting that the lockdown has infringed on their rights, according to NBC News.

State governments have asked people not to attend the protests, as the groups have assembled without adhering to social distancing guidelines, and could risk infecting more people and lengthening the state shutdown measures.

President Trump defended the protesters on Sunday – saying “They’ve got cabin fever,” while adding “I’ve never seen so many American flags. These people love our country. They want to get back to work.”

Facebook, meanwhile, says it’s trying to get information from New York, Pennsylvania, Ohio and Wisconsin about whether protests break social distancing measures enacted by the states – however an official with Pennsylvania’s Department of General Services told FOX Business that they haven’t heard from the Silicon Valley company, reports National Review.

Ohio Governor Mike Dewine’s office said that the state is unlikely to interfere with the protests, saying “The Governor values the First Amendment and asks that protesters practice social distancing by standing at least 6 feet apart.”