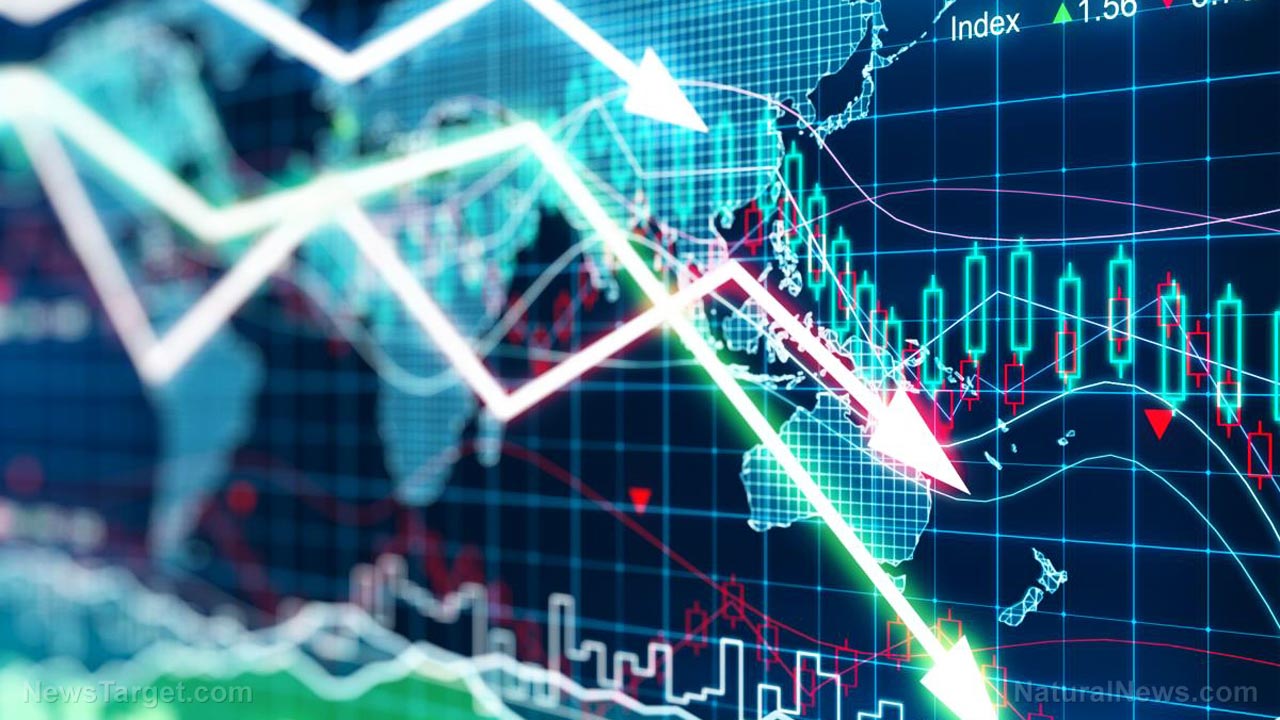 The collapse of China’s largest and most indebted property developer, Evergrande, is now official. And many are wondering what will happen next.

Evergrande’s default probably happened months ago, but it is only now being admitted publicly after the company missed yet another bond payment to offshore (dollar) bondholders.

Fitch officially downgraded both Evergrande and competitor Kaisa Group after the two defaulted on said offshore bonds. These downgrades to so-called “restricted default” status did not come with the companies self-declaring their own defaults, however.

“Drawn-out debt restructuring processes and potentially nationalization” are reportedly on the table for both companies. (RELATED: Check out this report from Mike Adams, the Health Ranger, to hear his perspective on the contagion risk from all.)

In its note for Evergrande, Fitch wrote that the company did not respond to its request for confirmation on coupon payments worth $82.5 million that was due last month. At the end of the 30-day grace period ending this week, there was still no payment made.

The S&P also warned that default for Evergrande was “inevitable” and would more than likely be momentarily declared as a Selective Default event in order to align with Fitch.

“Fitch defines a restricted default as indicating an issuer has experienced a default or a distressed debt exchange, but has not begun winding-up processes such as bankruptcy filings and remains in operation,” reported Zero Hedge.

“The non-payment has triggered an ‘event of default’ on Evergrande’s bonds and its other U.S. dollar notes will become due immediately and payable if the bond trustee or holders of at least 25% in aggregate amount declare so,” it was further reported.

“The same ‘cross default’ is true for Kaisa, which, according to Refinitiv data, has note maturities totaling $2.8 billion next year, and $2.2-3.2 billion of maturities each year between 2023 and 2025.”

As for Kaisa, there is limited information available about its restructuring plan following a missed $400 million repayment in offshore bonds.

To be clear, Evergrande currently has $300 billion in liabilities and cannot even pay an $82.5 million bond interest payment. This means that there is much more to come for this falling Jenga tower.

“The defaults of Evergrande and Kaisa move us to the second step of this China Property downturn, with the systemic risk being gradually replaced by idiosyncratic risk,” announced Robin Usson, a credit analyst at Federated Homes.

The downturn in China’s residential and general property sector, which is currently the world’s largest asset, is arguably the most important pillar propping up China’s entire economy. And while the Western media refuses to admit it, many corporations and entities outside of China are massively exposed to Chinese real estate.

“Should China’s housing market crash, all bets are off,” warns Zero Hedge.

What remains to be seen is how aggressively, if at all, the Chinese government is willing to bail out the sector. Perhaps “too big to fail” is not a thing in China like it is here, and bad investments fall onto those who made them rather than the taxpaying public.

“It will be interesting to see the role played by SOEs (state-owned enterprises) in the restructuring process, the level of ‘control’ exerted by the government over this ‘marketed-oriented approach,’” Usson added.

PBOC Gov. Yi Gang announced on Thursday that the rights of Evergrande shareholders and creditors would be “fully respected” based on legal seniority. He further suggested that the risk caused by multiple Chinese developers such as Evergrande and Kaisa going under will not undermine Hong Kong’s capital market.