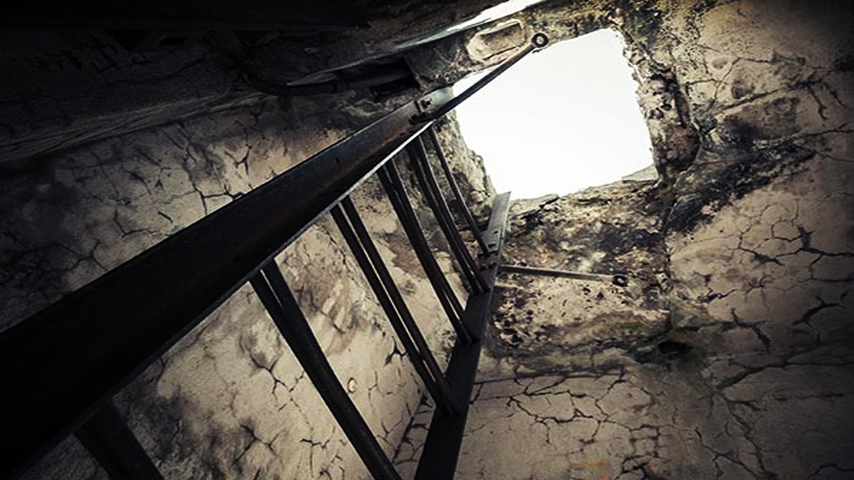 The threat of Russian nuclear warheads reaching across Europe caused hysteria for constructing bunkers as fear spread across the continent.

Giulio Cavicchioli, the owner of company Minus Energie, which creates “ready to use” nuclear shelters, has gone from working on around 50 bunkers in the past 22 years, to fielding around 500 inquiries in two weeks.

“It’s a hysteria for construction of bunkers,” he said. “It’s much scarier now.”

It’s not only the wealthy or the preppers that are looking into bunkers.

Artemis Protection, the maker of prefabricated luxury bunkers with air-filtration systems, charges at least a half-million euros per shelter. However, the French company’s owner, Mathieu Seranne, said that they have started receiving tons of demand from “normal” people. In the past, only the “really wealthy” were interested in them.

“We had to change our whole commercial strategy,” he said. Artemis Protection is now selling stripped-down shelters that are much cheaper to “adapt” to the new demand.

Russia’s invasion of Ukraine has revived fears of a nuclear calamity in Europe for the first time in decades. With Europeans already on high alert against the Wuhan coronavirus (COVID-19) pandemic, the manifestations of their anxieties and desires for self-defense have shifted from masks, vaccines and lockdowns to bunkers, iodine pills and air raid sirens.

This threat of a nuclear war is permeating a new generation of European consciousness and is now prompting a new look at defense infrastructure, survival guides and fallout shelters.

“We are extremely concerned by the nuclear safety, security and safeguards risks caused by the Russian invasion of Ukraine,” the European Union said in a statement.

Hamish de Bretton-Gordon, former commander of the United Kingdom’s Chemical, Biological and Nuclear Defense Forces, said Europe has put the nuclear war to bed after the fall of the Soviet Union until “the madman invaded.”

He also said bunkers across Europe have fallen into disrepair and are now decayed. “We are completely unprepared,” he said. “But each day that it goes forward, it’s becoming more of a reality that actually this is something maybe we need to think about in some detail.”

Some countries are already prepared

Finland, which sits on Russia’s western border, has maintained high military readiness, regularly testing alarms and carrying on a “long tradition of preparedness,” as per the secretary-general for Finland’s Secretariat of the Security Committee, Petri Toivonen.

According to him, Finland has been continuously constructing shelters, adding that at the moment, it has the capacity to house four million people in 50,000 shelters.

Russia’s annexation of Crimea also started a “total defense” strategy in Sweden that had eased after the fall of the Soviet Union. Now, the country’s Civil Contingencies Agency is testing its air-raid warning system and circulating Cold War-style precautionary pamphlets. The 20-page guide includes a checklist for basic supplies to get from the supermarket to survive while on the run or in a shelter.

Switzerland is also prepared. The country has passed legislation requiring nuclear shelters in residential buildings in the 1960s.

These protective structures were designed to protect the population and to ensure the readiness of civil protection resources during an armed conflict, especially when weapons of mass destruction are involved. These shelters provide a basic form of protection against a wide range of direct and indirect arms impacts and should be available for disasters and emergencies such as increased radioactivity, earthquakes, or acute risk of an avalanche.

While these obligations were more recently softened, reinforced steel doors and gas filters or bunkers are familiar aspects in houses around the country. They also had over 350,000 communal bunkers, including one shelter on top of a Lucerne highway for 20,000 people, which could protect the entire population.

Other than bunkers, people are also seeking protection from iodine pills, which can help absorb radiation in the thyroid and help prevent cancer from exposure. (Related: Hundreds of families in South Dakota preparing for the end of the world in Manhattan-sized underground facility.)

Belgium is already meeting the sharp increase in demand with packs of pills free for those with a Belgian identity card. So far, the country’s pharmacies have distributed over 30,000 boxes. Demand has also increased in the Netherlands, Finland and Italy.

But here’s something from the comments:

Bunkers will not save you!

EVERYTHING in the world today that is happening seriously begs the question: If you were to die tonight, where would you go?

Without the saving blood of Jesus Christ, Heaven will not be where you spend eternity. The only other option is hell. I do not want you to go there. The only one who does is the devil.

Please open your eyes and see that Jesus died for you, and is offering His free gift of Salvation. He died on the cross, and He Himself spent time in hell so that you would not have to do so. He then raised Himself from the dead, to show that He would also raise those who DO believe in Him. God created you. He is NOT a myth. Please do not believe the lies this world system would have you believe. Regardless of what you have heard, read, or learned, JESUS is the ONLY WAY to Heaven.

John 3:16 says “For God so loved the world (You who is reading this), that He gave His ONLY Begotten Son (Jesus), that Whosoever Believes on Him, will not Perish, but will have everlasting life.”

Welcome to the wildest, craziest, scariest time on earth. I am praying for all of whom this message of Life and Love reaches. I urge you to please go to the above site, and after you are finished with the article, please explore the rest of the site. I have to say that I was led to it because I was. Many, if not all, of your questions about what ‘all of what is happening lately means?’ will be answered. 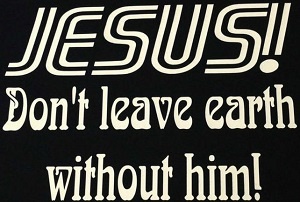 I Live in Sodom and You Live in Gomorrah and Neither of Us Can Escape!