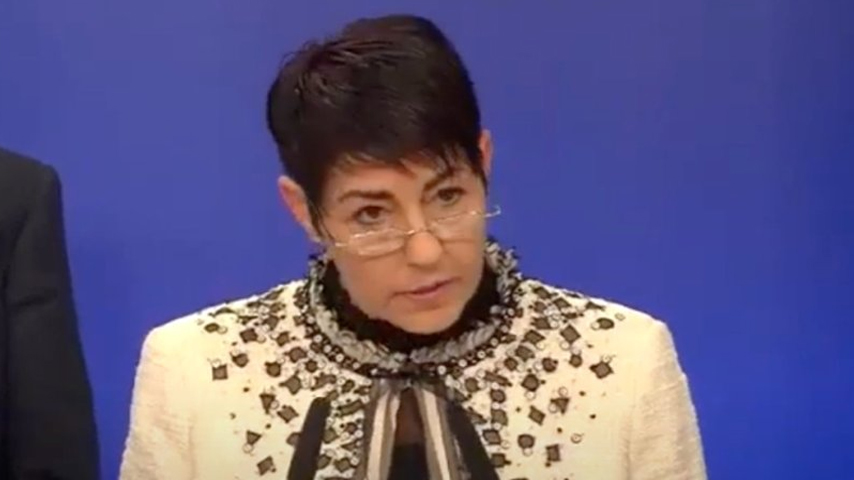 The EU labeled “vaccine hesitancy” as “anti-Western” and “anti-EU” in an official document issued by the European Commission.

The document “EU response to COVID-19: preparing for autumn and winter 2023” is the latest bizarre propaganda piece by the EU that seeks to malign people who refused to take the experimental COVID shots.

Under the section “Communication strategies related to the autumn and winter vaccination strategies,” the document suggests that they “[a]ddress the political dimension of vaccine hesitancy and disinformation campaigns linked to anti-Western and anti-EU narratives.”

In many European countries, you were labeled an enemy of the state and a danger to society if you refused to be injected with the COVID vaccines. This latest EU guideline represents another example of this malicious practice.

It is particularly ridiculous and nonsensical to keep discriminating against the unvaccinated after even Pfizer executives have admitted that their vaccines do not prevent the transmission of the virus and were never tested in that regard. The proven side effects of the COVID injections, including myocarditis and a number of other serious side effects, are of course not mentioned in the document.

After labeling “vaccine hesitancy” as “anti-western” and “anti-EU,” the document states, “Particular challenges include channels where disinformation is circulating in relation to other crises, especially the Russian military aggression against Ukraine.”

It’s obvious what the EU is doing here: putting all the citizens who dare to question any mainstream narrative into one box and labeling them as dangerous to society because they spread “misinformation” and hold “extremist” views. Who would want to even consider the ideas of a such despicable group of stupid and/or evil people?

This is the narrative the globalist bureaucrats of the EU are trying to push. In reality, many of the most vocal critics of the COVID injection are doctors with highly impressive academic credentials, such as Peter McCullough, Robert Malone, a pioneer of mRNA technology, and former Pfizer executive Michael Yeadon.

Furthermore, the document names pregnant women as one of the population groups that should be prioritized in “the administration of an additional booster dose.” This is especially vile, as there are many indicators that the experimental injections may cause serious harm to both the mother and the unborn child, even miscarriages.

Moreover, the EU also plans to “combine COVID-19 and influenza vaccination campaigns where possible,” which might lead to people being coerced into taking the flu shot along with the COVID injection.

Christine Anderson, a German member of the European Parliament and staunch critic of COVID-related measures, slammed the EU for its COVID plan for the winter of 2023. The document states that the EU wants to “fight against anti-vaccination mis- and disinformation.” Anderson rightly pointed out the irony in that statement, as the European Commission, pharmaceutical companies, and the governments, especially of Western democracies are “the ones spreading the mis- and disinformation.”

In addition to the profits made by pharmaceutical companies, control over the population is a big factor for the EU elites as well. The COVID vaccine campaign and the COVID passports have introduced citizens to the idea that you can fully participate in society only if you comply with government mandates. Ostracizing those who do not comply with these mandates was also normalized during the past two and a half years.

This set the stage for the next steps in the Great Reset agenda, which will likely include mandatory use of Digital IDs and Digital Currencies, granting governments control of almost all our transactions.

However, the resistance to the Great Reset agenda is growing, with movements like the “Global Walkout” gaining momentum. The globalist’s dream of total control over the population might be crushed sooner rather than later.