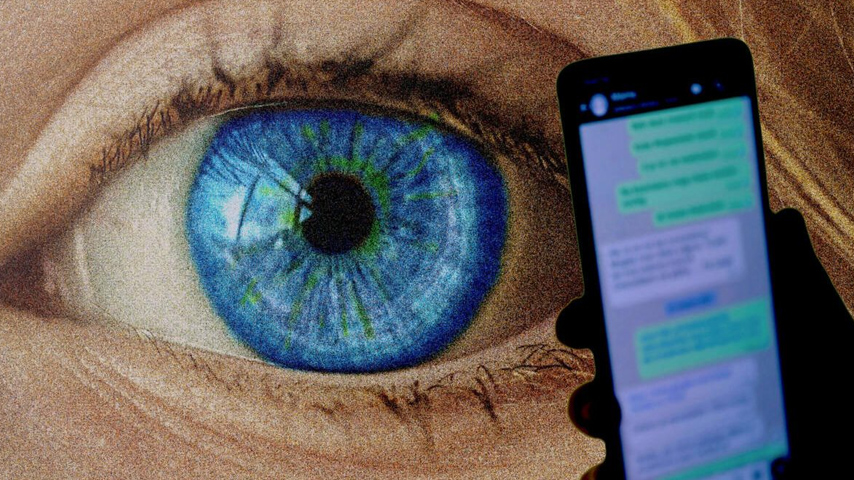 The EU Commission intends to force all providers of chat, messaging, and e-mail services to deploy mass surveillance technology.

Mass surveillance has already become the norm in our daily lives. For years, our data has been collected under the guise of “helping” us. Shockingly, very few are aware of how Globalists and technocrats invade their privacy and violate citizens’ fundamental rights. The European Union Commission justifies its latest attempt to create mass surveillance with the claim of stopping child pornography.

Similar to Apple’s highly controversial SpyPhone“ plans, the European Union Commission plans to “protect children“ by legally requiring providers of digital communication services to bulk intercept, monitor, and scan the contents of all citizens’ communications – even when they are securely end-to-end encrypted. Providers of email, chat, or message services will be forced to search for and report Child Sexual Abuse Material (CSAM).

Although the stated goal is to stop child abuse, the result is spying on all citizens and ending any right to privacy using fully automated real-time messaging and “chat control” and the end of secrecy of digital correspondence.

A majority of the Members of the European Parliament adopted the chat control regulation on July 6, 2021, allowing providers to scan communications voluntarily. So far, only some unencrypted US services such as Gmail, Meta/Facebook Messenger, and X-Box apply chat control voluntarily. But this is not the end of the story.

The European Commission announced that it would propose follow-up legislation that will make the use of chat control mandatory for all email and messenger providers. This legislation will be presented on March 30, 2022, and would also apply to so far securely end-to-end encrypted communications services.

This would require the messaging app (WhatsApp or Signal, for example) to create a hash value (digital fingerprint) of the content to be sent, which would then be compared against a database of allegedly illegal content. If the algorithm reports a hit, the message would not be sent and would be reported to law enforcement authorities.

MEP and civil liberties defender Patrick Breyer (German Pirate Party) explains that if the EU mandates backdoor access in end-to-end encrypted messaging to scan for suspicious content, it is only a small further step to mandate such backdoors for law enforcement interception. Furthermore, this would break end-to-end encryption altogether and expose personal, business, and state secrets to foreign intelligence services and hackers.

Thirty-nine international civil rights organizations are warning against the planned removal of chat room encryption. Destroying safe communications channels would endanger whistleblowers and risk the life of dissidents in dictatorial regimes such as Hong Kong and Belarus.

Therefore, Breyer explains, it may not come as a surprise at this point, given the trajectory of civil rights in the Anglosphere, that the “Five Eyes” intelligence alliance ( UK, U.S., Canada, Australia, and New Zealand) now also advocate for chat-control legislation to undermine encryption.

EU lawmakers addressed the European Commission in a cross-party letter: They warned that the draft legislation would result in mass surveillance of the private communications of all EU citizens. Moreover, the legislation threatens secure encryption and IT security in general.

“This EU Big Brother attack on our mobile phones by error-prone denunciation machines searching our entire private communications threatens to lead to a Chinese-style surveillance state. Will the next step will be for the post office to open and scan all letters? Indiscriminately searching all correspondence violated fundamental rights and is the wrong approach to protecting children. It actually puts their private pictures at risk of falling into the wrong hands and criminalises children in many cases. Flooding overburdened law enforcement officers, who don’t even have time to sift through already known child pornography, with mostly false machine-generated reports is irresponsible with regard to the victims of ongoing abuse.”

“Monitoring across large platforms will only lead to criminals moving to platforms where chat control will be technically impossible. As a result, innocent people will be snooped on a daily basis while tracking down criminals will fail. Moreover, it will discourage victims from seeking help digitally. Not to mention that e.g. witnesses or harassment victims, whose lives may be in danger, are highly dependent on confidentiality of their communications. Therefore, chat control would only cause widespread uncertainty and distrust. Rather than mass surveillance of digital correspondence, the Commission should focus on assistance to victims, prevention of child sexual abuse, and coordination of targeted investigations.”

A former judge of the European Court of Justice, Ninon Colneric, concluded that the proposed chat control legislation on indiscriminately and permanently screening all private communications would violate the fundamental rights of EU citizens.

A survey by the Commission demonstrated that most respondents, both citizens and stakeholders, were opposed to an obligation to use chat control. Further, over 80% of respondents opposed its application to end-to-end encrypted communications.

Apple’s controversial plans, announced in August, to search personal photos for suspicious content prompted a public outcry. More than 90 organizations called on the company to scrap the plans. Apple eventually put its plans on hold.

MEP Patrick warns that the EU Commission’s plans would trigger a similar storm of protest. He is calling on citizens to take action,

Protest now by contacting the responsible EU Commissioners! Politely tell them your concerns about chat control (arguments below). Experience shows that a phone call is more effective than e-mails or letters. Officially, the planned obligation for messaging and chat control is called “legislation to effectively tackle child sexual abuse online”. If an office tries to redirect you to the EU Commissioner for Home Affairs (Directorate-General for Home Affairs), point out that all EU Commissioners vote on draft legislation and can raise concerns at an early stage.