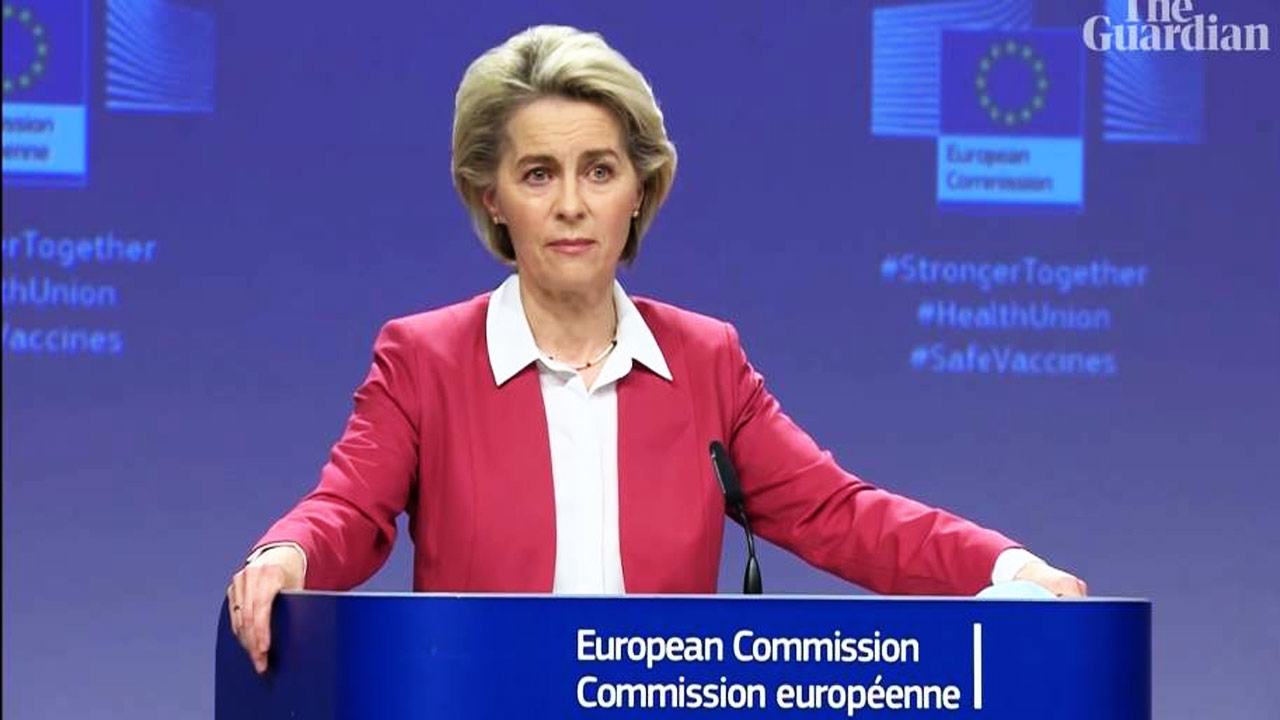 On Wednesday, Ursula Von Der Leyen – the chief of the European Union (EU) Commission – told the press that she would like to see the long-standing Nuremberg Code ignored completely in favor of allowing countries to force vaccinate anyone who is refusing to take the experimental jab.

Her alarming comments come just days after Germany followed Austria’s lead, mandating an authoritarian lockdown on only the unvaccinated.

In addition to being in full support of the segregated lockdown, von der Leyen said it was “understandable and appropriate” for EU countries to discuss mandatory COVID vaccinations because of the new Omicron variant, which has already been detected in 12 countries in the EU.

“European Union countries should consider mandatory vaccination to combat Covid and the Omicron variant, the head of its Commission has said.

How we can encourage and potentially think about mandatory vaccination within the European Union? This needs discussion. This needs a common approach, but it is a discussion that I think has to be led.“

Forcing individuals to take this experimental and potentially dangerous vaccine against their will would be in direct violation of the Nuremberg Code which was established in 1947 in the immediate wake of the horrific medical experiments and human rights atrocities by Nazis during the Holocaust.

The laws expressly state that “the voluntary consent of the human subject is ABSOLUTELY ESSENTIAL,” meaning that the individual is able to “exercise free power of choice, WITHOUT the intervention of any element of force, fraud, deceit, duress, overreaching, or other ulterior forms of constraint or coercion“ – a la taking away your right to work if you are not vaccinated.

A leading cause for the code’s creation was the Nazi’s sickening performance of medical experiments on subjects without their consent. These procedures, typically performed under the command of high-ranking officials such as Dr. Josef Mengele, were some of the worst and most deranged ever documented. Since then, full and proactive ongoing consent for any medical procedure has been required by law in western nations that recognize the Nuremberg Laws.

The only way countries in the EU would be able to get away with forced vaccinations for this mild virus, which is an extraordinarily unethical and atrocious violation of human rights, is to do away with the Nuremberg laws, or just ignore them completely.

As an esteemed professor, Dr. Jordan Peterson sarcastically notes: “Hey, it’s just the Nuremberg code. Only what we learned from the Nazi atrocities, not least those that were medical.”

Hey, it's just the Nuremberg code. Only what we learned from the Nazi atrocities, not least those that were medical. https://t.co/ZR9T07k7pv