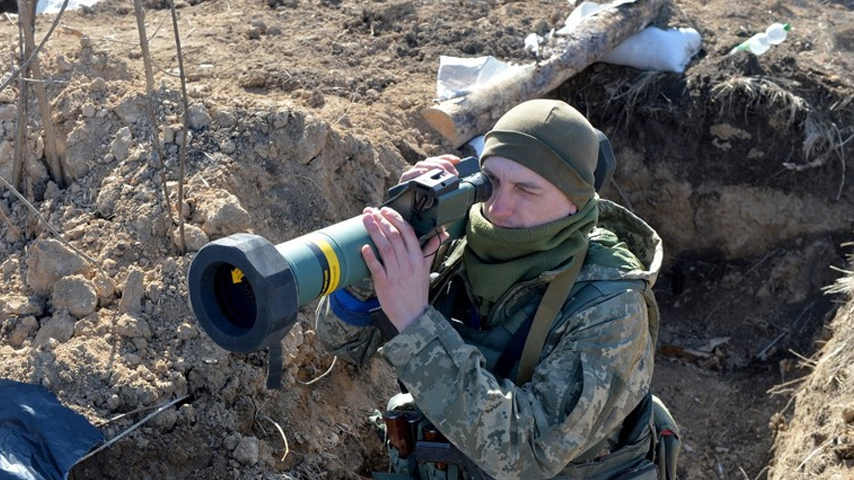 The EU’s top diplomat, Josep Borrell, has said the bloc is sending weapons to Ukraine so that the conflict with Russia does not end in Kiev’s defeat.

“We want it to end as soon as possible, but not in any way,” Borrell told the European Parliament on Wednesday.

“That is why we have to continue arming Ukraine… More weapons, that is what the Ukrainians expect of us, and that is what we are doing,” Borrell said.

Borrell and European Commission President Ursula von der Leyen will travel to Kiev this week, according to Brussels. The EU announced last month that it was doubling the bloc’s military aid to Ukraine to €1 billion ($1.1 billion).

The calls to send more weapons to Kiev have increased after Ukraine accused Russia of committing war crimes in the town of Bucha, near Kiev. Russia, whose troops left the area last week, denied that its soldiers were killing civilians in Bucha and elsewhere, and insisted that Kiev was waging a disinformation campaign to mislead the public.

Moscow attacked its neighboring state following Ukraine’s failure to implement the terms of the Minsk agreements signed in 2014, and Russia’s eventual recognition of the Donbass republics in Donetsk and Lugansk. The German- and French-brokered protocols had been designed to regularize the status of those regions within the Ukrainian state.

Russia has now demanded that Ukraine officially declare itself a neutral country that will never join NATO, a US-led military bloc. Kiev says the Russian offensive was completely unprovoked and has denied claims it was planning to retake the two regions by force

MUST WATCH: Young Dutch MP Destroys PM Rutte Over Relationship To Klaus Schwab Of WEF And The Planned Destruction Of Democracy