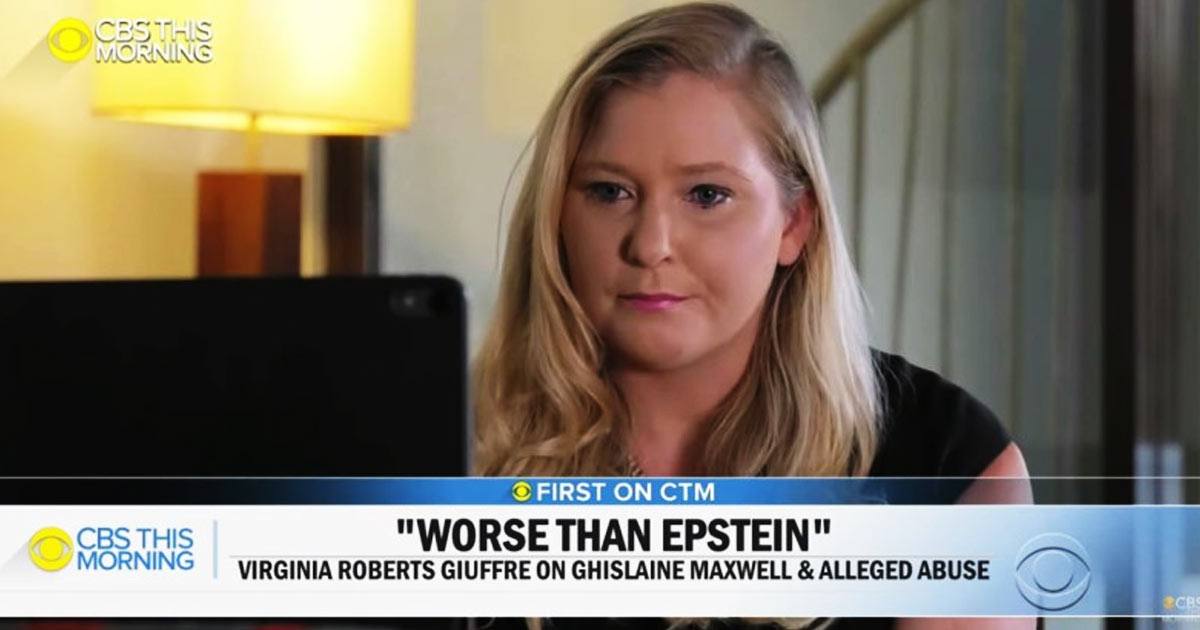 Epstein accuser Virginia Roberts Giuffre says that Ghislaine Maxwell “did things even worse than Epstein did” and was the one responsible for “pulling the strings” during the alleged sex trafficking operation.

During an interview with CBS This Morning earlier today, Giuffre said that Maxwell’s management of Epstein’s money and contacts made her an integral part of the crime.

“I know that woman — I’ve known her really well. Put it this way — Epstein was Pinocchio, and she was Geppetto. She was the guy. … She was pulling the strings. She had his money, he had her contacts. But Ghislaine was more conniving and smart than Epstein ever was.”


As we highlighted yesterday, victim’s attorney Lisa Bloom thinks that Maxwell is unlikely to name Epstein’s high powered accomplices because she would probably get a lengthy prison sentence anyway.

Maxwell purportedly has a stash of secret sex tapes in her possession that would expose powerful Epstein acquaintances.

Epstein reportedly was willing to cut a deal by naming names in an effort to reduce his sentence but was found dead in his jail cell weeks later.

Maxwell faces trial in July next year, leaving a full year for her to survive in prison, which may be not be guaranteed given what happened to her boyfriend.

In Sweden, Get Your COVID-19 Certificate Linked to Your Chip Implant