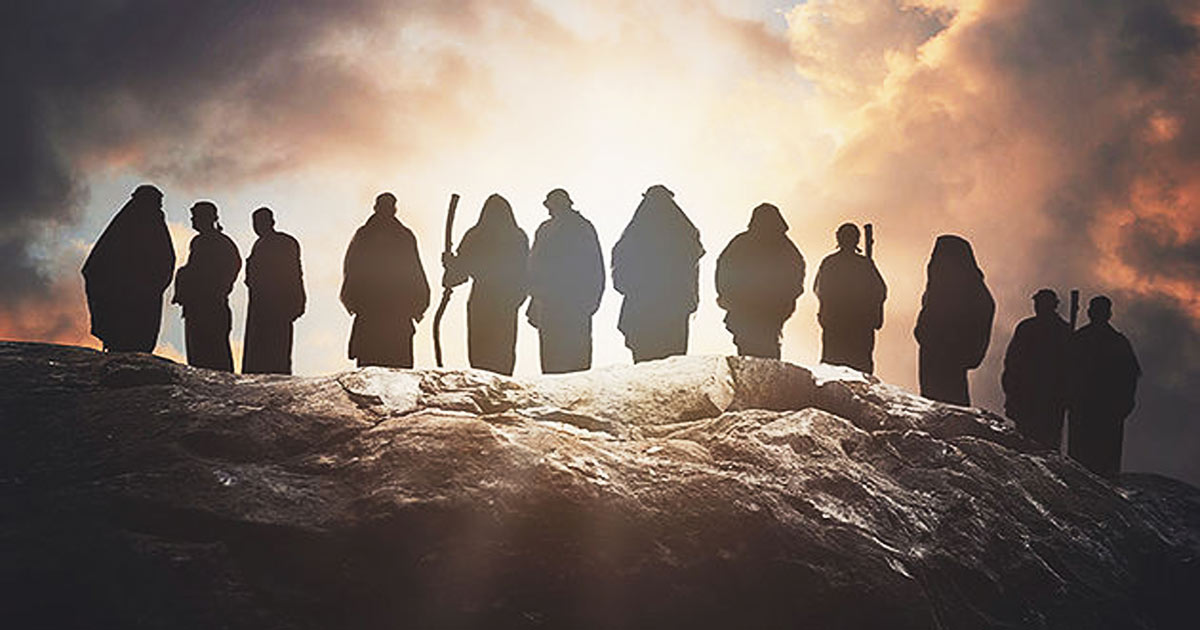 And Jesus, walking by the Sea of Galilee, saw two brothers, Simon called Peter, and Andrew his brother, casting a net into the sea; for they were fishermen. Then He said to them, “Follow Me, and I will make you fishers of men.” They immediately left their nets and followed Him. (Matthew 4:18-20)

He told them: “The harvest is abundant, but the workers are few. Therefore, pray to the Lord of the harvest to send out workers into His harvest. Now go; I’m sending you out like lambs among wolves. (Luke 10:2-3)

This good news of the kingdom will be proclaimed in all the world as a testimony to all nations. And then the end will come. (Matthew 24:14)

On June 21, 2021, I saw a vision and heard from the Lord. In the vision, I saw a commercial trawler dragging a massive net. The net was full of fish. The Lord said: “Before, you caught them a few at a time. But, this End Times harvest will be huge.“

In this vision, the Lord is comparing the evangelism effort up to now as being like fishing with a small net.

In the first century, a catch of 153 fish was a big deal:

“Bring some of the fish you’ve just caught,” Jesus told them. So Simon Peter got up and hauled the net ashore, full of large fish—153 of them. Even though there were so many, the net was not torn. (John 21:10-11)

But, commercial trawling nets are truly massive. With midwater trawling, the net can be 650 feet wide and nearly 500 feet long. Some trawling involves two vessels, each holding one side each of a truly massive midwater trawl net. Some of the biggest nets are a mile long, and large enough to easily contain ten jumbo jet planes. Supertrawlers can catch hundreds of tons of fish every single day.

With a world population of 7.9 billion, about 2.5 billion are Christian. This leaves over 5 billion people who need to be saved.

How can this great End Times harvest happen? We need a bigger Net:

The origins of the internet are rooted in the USA of the 1950s. The Cold War was at its height and huge tensions existed between North America and the Soviet Union. Both superpowers were in possession of deadly nuclear weapons, and people lived in fear of long-range surprise attacks. The US realized it needed a communications system that could not be affected by a Soviet nuclear attack. 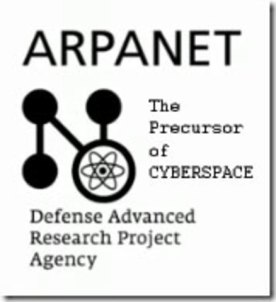 President Dwight D. Eisenhower formed the Advanced Research Projects Agency (ARPA) in 1958, bringing together some of the best scientific minds in the country. Their aim was to help American military technology stay ahead of its enemies and prevent surprises, such as the launch of the satellite Sputnik 1, from happening again. Among ARPA’s projects was a remit to test the feasibility of a large-scale computer network. 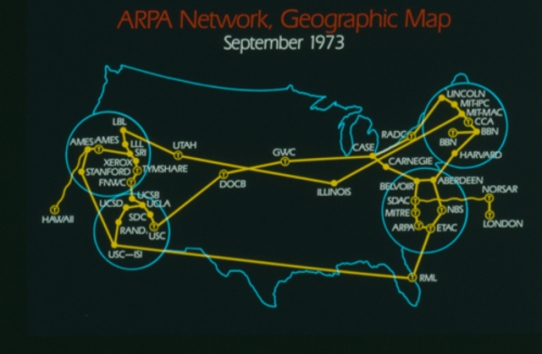 Once ARPANET was up and running, it quickly expanded. By 1973, 30 academic, military, and research institutions had joined the network, connecting locations including Hawaii, Norway, and the UK.

The email was a rapid—but unintended—consequence of the growth of ARPANET. As the network increased in popularity and scope, users quickly realized the potential of the network as a tool for sending messages between different ARPANET computers.

The development of email showed how the network had transformed. Rather than a way of accessing expensive computing power, it had started to become a place to communicate, gossip, and make friends.

Between 1986 and 1987, the network grew from 2,000 hosts to 30,000. People were now using the internet to send messages to each other, read news, and swap files. However, advanced knowledge of computing was still needed to dial into the system and use it effectively, and there was still no agreement on the way that documents on the network were formatted. 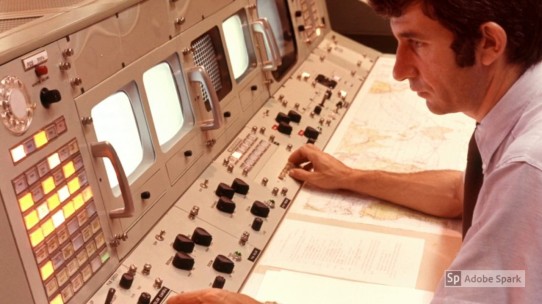 The internet needed to be easier to use. An answer to the problem appeared in 1989 when a British computer scientist named Tim Berners-Lee submitted a proposal to his employer, CERN, the international particle-research laboratory in Geneva, Switzerland. Berners-Lee proposed a new way of structuring and linking all the information available on CERN’s computer network that made it quick and easy to access. His concept for a ‘web of information would ultimately become the World Wide Web.

Since the mid-1990s, the Internet has had a revolutionary impact on culture, commerce, and technology. The Internet’s takeover of the global communication landscape was rapid in historical terms: it only communicated 1% of the information flowing through two-way telecommunications networks in the year 1993, 51% by 2000, and more than 97% of the telecommunicated information by 2007. The Internet continues to grow, driven by ever greater amounts of online information, commerce, entertainment, and social networking services.

By now, a world without the internet is unimaginable. Connecting billions of people worldwide, the internet is a core pillar of the modern information society. The global internet penetration rate is 59.5 percent, with Northern Europe ranking first with a 96 percent internet penetration rate among the population. As of 2020, Asia was the region with the largest number of online users – over 2.5 billion at the latest count. Europe was ranked second with almost 728 million internet users.

The three most populated countries in the world, China, India, and the United States, rank ahead of all other countries in terms of internet users. China has more than 854 million internet users, and India has approximately 560 million online users.

Each day, millions around the world turn to the internet for answers to their spiritual questions. They’re looking for truth, for something to fill the emptiness within. They ask questions like: ‘Am I loved?’ ‘Is there a God?’ ‘What’s my purpose in life?’

Think about all the money it costs to put on a mass evangelism event like a Billy Graham crusade. You have to rent a stadium, advertise your event, and hire people to help you set up and tear it down. Plus, you’ll need to coordinate hundreds of volunteers to help.

But, even people in poverty-stricken countries can now afford a relatively cheap phone or tablet. The thing is that whether they buy an expensive product or a cheap one, all these devices are capable of giving a digital presentation of the gospel.

When Jesus gave the commandment, ‘Go into all the world and preach the gospel to the whole creation,’ the disciples were on foot. There was no television, no radio, no airplanes, and certainly no internet. What a difference 2,000 years can make! Or for that matter, 10 years. Today, more and more people are coming to faith in Christ by logging onto the World Wide Web.

The internet may be the greatest tool that God has ever given the church to help take the Gospel to the ends of the earth. Internet evangelism is strategically using the internet, mobile, and social media platforms to meet the needs of others and share the Gospel with the online world. Making use of digital means to further the Gospel work means that anyone can be a Net missionary.

With internet evangelism, we can share the Good News 24 hours a day, 7 days a week. We can meet people in their moment of need with the hope of Jesus Christ. 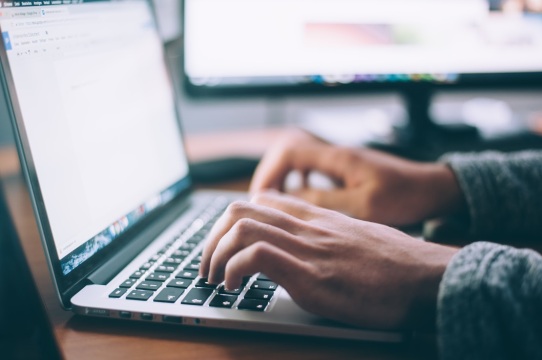 Through online ministry, our mission field is expanding to reach people we might never reach in person. They need to know that Jesus Christ is the only One who gives us true purpose and fulfills our greatest need.

For this is what the Lord has commanded us:

But you will receive power when the Holy Spirit has come on you, and you will be My witnesses in Jerusalem, in all Judea and Samaria, and to the ends of the earth. (Acts 1:8)

Practical ways you can share the Good News through the internet

There are many ways you can use the Web to spread the gospel to others around you:

You can forward Bible-based messages (like this one you are reading right now).

You can share biblically-rich articles that point people to Jesus in scriptural ways, and help them practically apply divine truths. That will change the world.

You can post expository sermons. In the long run, the amount of encouragement and edification that occurs when we share gospel-centered sermons that walk people verse-by-verse through the Bible will long outlive anything else we share because the results are eternal. Share your favorite sermons, recommend faithful pastors, and watch God use your efforts to draw His people home.

You can share edifying videos or GIFs. We are living in a “video” generation. Social media sites optimize posts that use video, people devour videos, and millions share videos. Believers can share biblically-rich videos that edify and encourage people. And remember, sometimes brevity is best. Not to be outdone, the GIF has been a revolutionary little tool for social media use. Videos and GIFs can illustrate serious and biblical truths.

You can post God-glorifying quotes to share timeless truths and introduce people to influential theologians, pastors, and reliable sources. From voices of the past like J.C. Ryle, R.C. Sproul, G.K. Chesterton, Elisabeth Elliott, Corrie ten Boom, Martyn Lloyd-Jones, and Hudson Taylor, to faithful voices of today, quotes edify and educate.

If God is leading you to open a YouTube channel or start a podcast, then do it! He’ll provide you with the content you need. Videos and podcasts are great for those who don’t like to read. Once you create your content you can let others know through social media. You may worry about the many influencers who are releasing content daily but focus on what God is asking you to do. Creating videos on YouTube does not need sophisticated equipment, an iPhone will do.

You can start a Christian-centered blog. Thank God that a blog is easy to open. You can have one up and running in less than half an hour. A blog is an ideal place to write prayers, devotionals, or articles that help others understand the word of God. If you are not a natural writer you can get one to help you develop content for your blog. 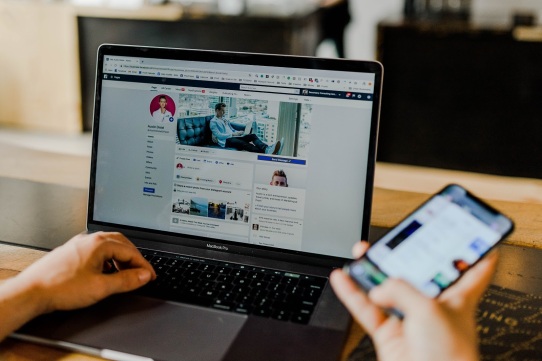 As you know, time is running out. We have a unique opportunity to preach online now. No one knows how long that access will last. 44,000 people perish each day without hearing the Good News.

Reach them now, before it is eternally too late.

The Lord has given us a huge Net. There are over 5 billion people who need to be saved. It is time for the harvest!

If you are not a Christian, your first priority in life, no matter what your age or circumstances, should be to get to know the Lord Jesus Christ as your Lord and Savior and start living faithfully for Him. 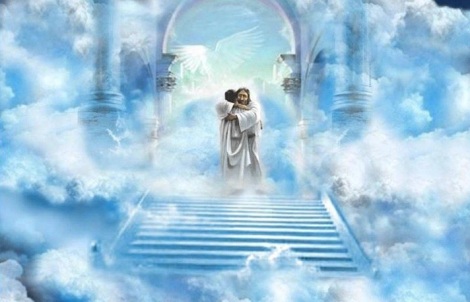 Your heart must not be troubled. Believe in God; believe also in Me. In My Father’s house are many dwelling places; if not, I would have told you. I am going away to prepare a place for you. If I go away and prepare a place for you, I will come back and receive you to Myself, so that where I am you may be also. (John 14:1-3)

If you are not sure that you are saved, you can accept Christ into your life right now, by praying:

“Lord Jesus, I believe you are the Son of God. Thank you for dying on the cross for my sins.  Please forgive my sins and give me the gift of eternal life.  I ask you in to my life and heart to be my Lord and Savior.”

The Devil and the Jews