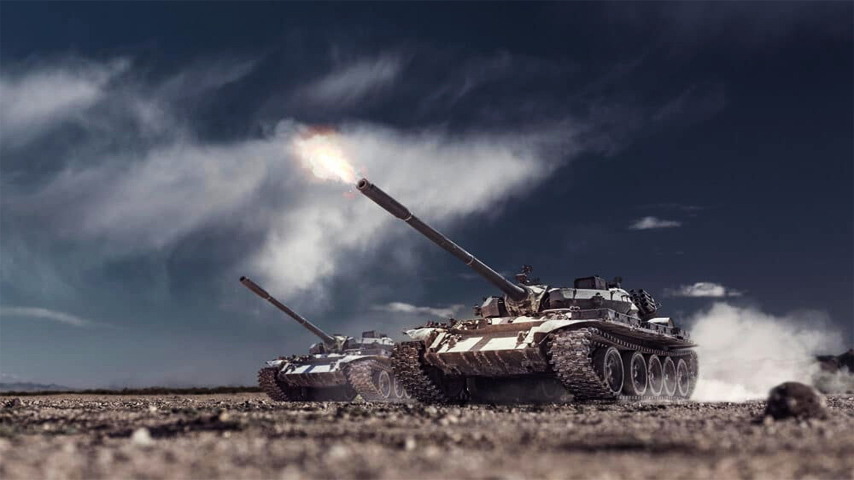 The ever-restless drums of war are sounding ever more rapidly. Mankind’s enduring addiction to violent conflict is sure to reach a crescendo as nuclear weapons in the hands of despots signal a certain ending to hopes for peace.

China’s frenetic expansionism, the North Korean madness, Russia’s return to forceful USSR-sized collectivism and wooing of Islamic acolytes such as its current military support of Kazakhstan’s Moscow-educated strongman are but the beginning. Stir in the rebirth of Turkey’s desire to re-establish its Ottoman glory days while adding huge gulps of Islamic suicidal deism and we begin to understand the depth of the threat.

And it doesn’t end there. As Iran quickens its march to nuclear Armageddon, other elements of the former Persian Empire will be drawn into the fray via financial as well as religious hegemony. The final serving will engulf at least a fourth of all mankind in a like-minded brew of hatred and warfare. Given these logistics, it’s easy to accept the numbers promised in the book of Revelation wherein a third of mankind will be killed (Rev. 9:15-18).

Once again, tiny Israel is a swivel point of conflict sure to also bring North America, Australia and the now-strengthening Japanese and European nations into the global maelstrom. Even we casual Bible readers have recently joined the scholars in clearly detecting and deciphering biblical prophecies of end-times readiness. ‘Tis the season!

It is not an accident that I recently discovered some very scholarly and level-headed studies of the so-called Dead Sea scrolls, fragments, bits and pieces. Upon recovery of these writings over the years 1947 to 1956, a plethora of eager fortune seekers, egomaniacs and grifters, along with well-meaning amateur researchers and students of archaeology research, engendered a bewildering mix of disinformation and falsehood lingering to this day.

But truth now reigns as qualified (sometimes overqualified) scholars spun from prestigious halls of learning have had enough time to complete their studies and issue reasonably accurate reports on the findings from Qumran (the region of Israel in which the storage caves and niches reside). Disagreements remain, of course, but the bulk of what they report is solidly graven truth.

Scholars Ken Johnson, Josh Peck and Jodi Magness have issued widely acclaimed scholarly works browsed by this writer. Excerpts from these works follow. I recommend everyone read them, but the following summary offers what we consider the most essential topics as they relate to our daily lives as Christians.

1. The Qumran findings were originally compiled and hidden away by a group of Jewish prophetic writers called the Essenes. The collected writings fill a 400-year gap between the Old and New Testaments of the Christian Bible.

2. These writers/prophets continued unbroken the work of the Old Testament author/prophets, but had to go underground because of the takeover of Israeli ruling authority by pagan empires and by the priestly Sadducees and Pharisees (whom Jesus later derided as “hypocrites” and “whitewashed tombs, which look beautiful on the outside but on the inside are full of the bones of the dead and everything unclean” (Matt. 23:17b, NIV).

3. Most (probably all) of the prophecies in the Essenes’ writings manifested in later centuries, ultimately fulfilled as recorded events in the New Testament. This leaves little doubt of their validity as remarkably smooth contributions to God-inspired projections and events moving smoothly through Genesis to the Revelation.

4. The Qumran texts clarify many points of discussion and debate in the New Testament, especially (but not limited to) issues of timing and date setting. Apparently, the unfortunate switch from solar to lunar calendars by those who forced the Essenes underground interjected many errors into later calendar-and-time-driven events, resulting in prophetic inconsistencies and simultaneous misunderstandings seemingly undermining relevant passages of Scripture. (It’s complicated but critical. I recommend Josh Peck’s book The Lost Prophecies of Qumran to gain a full understanding of just how important those errors were in relation to biblical verity.)

5. Most importantly, we are greatly in debt to the Essenes because events such as the Second Coming and the rapture of the saints can be pinpointed with much greater accuracy. Twelve feasts, festivals and other significantly-commanded Jewish events/observances are tied (cemented) together in parallel with 12 paramount interventions by God into the total human story from Eden to heaven (and hell).

It takes a heavy book to find space and time for a full understanding of the mechanisms and timing of all the prophetic interventions, so we’ll focus solely on the issue of the coming rapture. Josh Peck tells of his “unexpected” switch from post-tribulation to the pre-tribulation rapture of the saints. Your writer found the arguments for this switch to be unassailable and has adopted a new, solidly pre-tribulation expectation for the rapture.

And the dating of the event can now be pinpointed within a two-year period. The new evidence points to an end of the church age (season of grace) in the year 2025. The rapture fits into the new calendar as a 2024 or 2025 event. It would be pointless to get into a complicated argument about the above dates when Peck and Johnson have already published lengthy essays on the topic which are more than convincing. Look them up!

My personal calculations favor a scenario in which the church is raptured in the Israeli spring of 2025, followed by a year of wedding and reunion festivities. This heavenly celebration would also be an opportune time for Jesus to call our names and give us a white stone, each bearing our new, eternal name. But others have predicted the heavenly party will last 42 months, with a mid-Tribulation return to earth. They’re probably right; they’re scriveners.

At any rate, considering both schedules, these festive happenings are followed by a return with Jesus to do battle on earth in the spring of 2026 or 2029. (Either way, can’t wait to hug my sainted grandfather, a dirt farmer. I so often listened to him hoeing endlessly in the fields, singing hymns. Incredibly hot and dirty work was heaven on earth to him because he was certain of his destiny. And he had a livelihood, a wife who excelled at cooking, along with clothing and housing. What else is there?)

Assuming the church takes their studies of the Essenes’ writings seriously, years 2023 and 2024 will result in a crescendo of evangelism such as mankind has never seen.

Author’s Note: I must emphasize one critical point. The writings of the Essenes are but a linking of the new and old. They are an enhancer and clarifier of Scripture, not a replacement in any way. My love of the New Testament in particular is greatly enhanced because of the clarifying factors. I’m exceedingly grateful for the superb labor of Bible scholars dedicated to this difficult holy work.

Ron Dee Mallett studied business, journalism, economics and mass communications at Denver, Colorado (Boulder) and Stanford Universities. An Air Force veteran and former news reporter for the Denver Post and others, he also worked 20 years as a corporate executive and consultant for IBM, ITT and other multinationals. He later served as director of Shekinah jail, prison, nursing home and Mexico outreaches based in Longmont, Colorado, and stays active in a men’s intercession ministry called the SWAT Team (Spiritual Warfare Attack Team). At age 84, he remains an active columnist for Charisma and other media outlets.