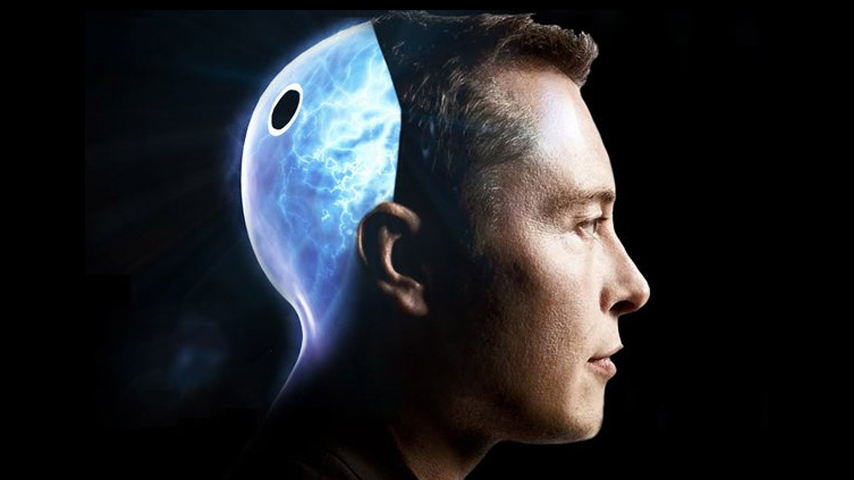 Scientists have announced the merging of human stem cells and robots. Xenobots are less than 1mm long and contain up to one thousand living cells. They come in a variety of shapes and can move small objects.

Now image merging this grounding breaking technology with Elon Musk’s Neuralink. As a refresher, the Neuralink mind-chip is the conduit to connect your brain to a computer. Musk said his company is now working on an “awesome” version of the device.  Is this the beginning of Transhumanism’s ultimate goal of eternal life apart from God?

The immediate goal is to connect human brains to the internet. This would be achieved by shooting holes into the human skull with lasers, and feeding threads of electrodes into the brain. Then embedding numerous Neuralink mind-chips, functioning as a conduit between an app and brain waves.  In theory, giving man god-like intelligence by connecting 5G to the human mind and merging man’s soul with the cloud, computers, smartphones and the internet of things…  A human hybrid machine capable of controlling his physical and digital surroundings telepathically. Staying one step ahead of AI by becoming a god.  The transhumanist’s ultimate goal is to upload their mind into a machine, and eventually transfer their digital soul into an eternal avatar. But herein lies the problem.

Romans 6:23 For the wages of sin is death, but the gift of God is eternal life through Jesus Christ our Lord.

In essence, transhumanists like Musk and Ray Kurzweil are trying to bypass the wages of sin, and create their own version of eternal life, separate from God.  This leads us to another intriguing scripture

Revelation Chapter 9 Verses 5 & 6….And to them it was given that they should not kill them, but that they should be tormented five months, and their torment was as the torment of a scorpion, when he striketh a man.  And in those days shall men seek death, and shall not find it, and shall desire to die, and death shall flee from them.

How can someone be prevented from committing suicide? Unless that person is already eternal dammed and incapable of dying.  But what kind of eternal being?  Whose reflection is this creature now made in the image of?

Another systemic lie is the illusion of divine duality. As above, so below belies the notion that all of creation has an opposite. For example, Luciferians believe he is the Ying to Jesus Yang. White to his black. Truth to his lie. As the two columns of Jachin and Boaz falsely represent equilibrium in Freemasonry, this fallen world propagates a balance between construction and destruction. Or as the puppet world leaders declare “Build Back Better.”

Truth be told, balance doesn’t exist. Lucifer is the archangel of chaos, creating the problem in order to offer the solution. Order out of chaos. Under the banner of trans-humanism and the promise of eternal life, most people will freely choose to be implanted with Lucifer’s Black Goo, Triple-Helix DNA chip. The consequences will be immediate and irrevocable, systemically transforming a mortal made in God’s image into an immortal mutation made in Satan’s image.

Once man reflects the light of  The Light Bearer, reconciliation with Jesus Christ is nullified.

Nueralink is the next step in upgrading from hand-held to hand-implantable. Relegating smartphones to the dustbin of obsolescence. A wireless neural lace connecting the cerebral cortex (clay) to a sentient, quantum computer, (iron)

Web searches, contacts, social media, thoughts and emotions will be uploaded into a collective hive mind. Segmented algorithmic patterns will accurately predict future behavior. This will also supplant speech with organic telepathic communication. It will be a singular, collective, universal New World Order, spiritually plugged into The Light Bearer’s matrix.

Daniel Chapter 8, Verse 25 says, “He will be a master of deception and will become arrogant; he will destroy many without warning. He will ever take on the Prince of princes in battle, but he will be broken, though not by human power.”

Currently, bacteria are being decoded and regenerated as new microbes, creating unique synthetic pairs of X and Y chromosomes capable of producing chimeras and monsters. Synthetic biology is unraveling and upgrading the physical DNA code into a digitized DNA code template. One billionth the size of a microchip, nanobots enable the digitized DNA genome code to be written on a word processor.

Every material object on Lucifer’s earth will be chipped and plugged into The Internet of Things, powered by the 5G electromagnetic grid. Uploaded into AI, the statue of the first beast.

Transhumanism: Marching Toward The Mark

Elon Musk: Neuralink Will Do Human Brain Implant in “Less Than a Year”