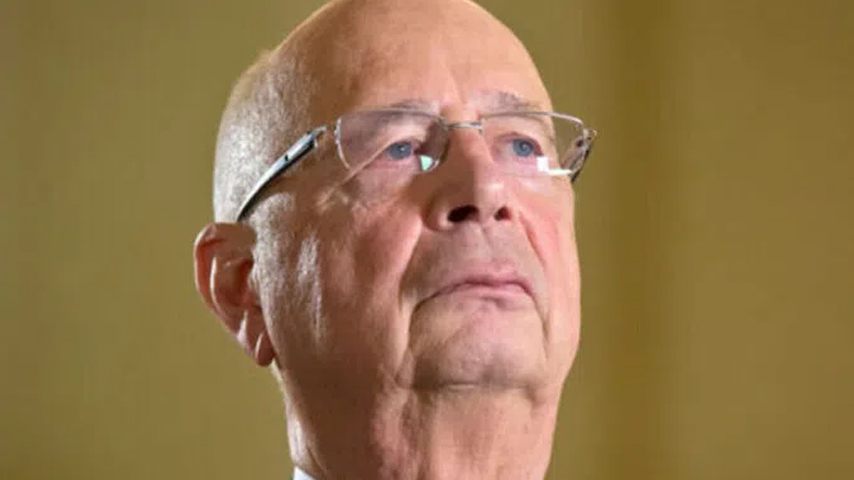 The global elites want parents to stop giving birth to real human babies and instead adopt ‘virtual children’ as a means to curb overpopulation on Earth.

Per the Daily Mail:

“Virtual children that play with you, cuddle you, and even look like you will be commonplace in 50 years, and could help to combat overpopulation, an artificial intelligence expert has claimed.

These computer-generated offspring will only exist in the immersive digital world known as the ‘metaverse,’ which is accessed using virtual reality technology such as a headset to make a user feel as if they’re face-to-face with the child. They will cost next to nothing to bring up, as they will require minimal resources, according to Catriona Campbell, one of the UK’s leading authorities on AI and emerging technologies.

In her new book, ‘AI by Design: A Plan For Living With Artificial Intelligence,’ she argues that concerns about overpopulation will prompt society to embrace digital children.

‘Virtual children may seem like a giant leap from where we are now, but within 50 years technology will have advanced to such an extent that babies which exist in the metaverse are indistinct from those in the real world,’ she writes. ‘As the metaverse evolves, I can see virtual children becoming an accepted and fully embraced part of society in much of the developed world’ …

Ms Campbell believes that people will one day be able to use high-tech gloves that are able to deliver tactile feedback to replicate physical sensations. This would allow someone to cuddle, feed and play with their digital offspring as though it were a real child.”

Basedunderground.com reports: It wouldn’t be exactly true to life, however, as parents would have the ability to choose the rate at which their digital offspring grows up. So, those who enjoy the baby stage, for example, could keep the child in perpetual babyhood, forgoing all the experiences that go along with maturing through the teen years into adulthood.

There’s already a proof of concept for this idea. “BabyX”3 is a digital experiment created by a New Zealand-based company called Soul Machines, several years ago. The idea behind it was to facilitate the acceptance of AI by humanizing it. Soul Machines explains it this way:4

“By combining models of physiology, cognition and emotion with advanced lifelike CGI, we set out to create a new form of biologically inspired AI. BabyX was our first developmental prototype designed as both a stand-alone research project and as an expandable base to feed into commercial computer agents.

She enables us to explore human cooperation with machines and the foundations for creating a digital consciousness. BabyX was designed for research and ‘she’ allows Soul Machines to not only explore the models of human behavior but also to create autonomous digital beings.

BabyX provides a foundation from which we learn, experiment and continue to develop the world’s first end-to-end solution for dynamically creating, teaching, managing and deploying Digital People.”

By now, many have started realizing that climate change, overpopulation, transhumanism and the digitization of human life are all part and parcel of The Great Reset agenda, which will not be complete until humanity is enslaved to the unelected few who will run the world through algorithms and AI.

According to the technocratic cabal that has set the course for mankind over the last several decades, overpopulation is responsible for climate change,5 so to save the planet, we have to reduce and manage the population size. One way of doing this is to transition into a digital environment, the metaverse, where no actual physical resources are being used up.

On the extreme end of the transhumanist spectrum, you have people who believe we will eventually be able to upload our minds into a computer or synthetic avatar.6 We still don’t know if this is possible, and it seems highly unlikely, considering there’s more to a human than their physical brain and neuronal network. Your “mind” and “soul,” your actual “being,” are not localized in your brain tissue.

Transhumanism doesn’t acknowledge the reality of the nonlocal mind or soul, however, choosing instead to view the human being as nothing more than a physical platform7 that can be altered and augmented in any number of ways, equipped with a reproducible neural network that allows for thinking and intelligence given the correct electrical impulses and neural connections.

World Economic Forum (WEF) founder Klaus Schwab wants to create a world in which humans are connected to the cloud, able to access the internet through their brains. This is what the Fourth Industrial Revolution8 is all about — the merger of man and machine. This is how we know, without a doubt, that transhumanism is part of The Great Reset.

To most normal people, a future of designer babies grown in artificial wombs, brain-to-cloud connectivity and uploading your mind to a computer sounds more like a purposeless nightmare than the utopia transhumanists try to portray it as. Schwab, however, speaks as though we have no choice in the matter. “The future is built by us,” he told the WEF insiders at the 2022 meeting in Davos.14 End of discussion.

The Rise of Anti-Humanism

Part of why Great Reset adherents seem so dissociated from human life is because they are. Most normal people believe humans are sovereign beings who are free by divine authority. Technocracy, on the other hand, views humans as a natural resource, no different from an oil deposit or livestock, and they are to be used as such.

Humans may be more or less efficient than a robot, for example, depending on the job at hand, and efficiency trumps humanity. To minimize problems within this human resource management system, there needs to be maximum compliance with minimal effort, and this is where social engineering through media propaganda (brainwashing), censorship and AI comes in.

For the most part, once fully implemented, the control system will be fully automated, with a direct connection to your brain. Beliefs may be switched from one day to the next with a simple software update, automatically downloaded and installed from the cloud. That’s their dream and our nightmare.

They Want to Track Your Carbon Footprint

Many still have a hard time wrapping their heads around the extent to which the technocratic, transhumanist cabal intends to control the global population. In short, they intend to control every single aspect of everything you do on a daily basis. Not only do they not want you to exercise free will, but they also don’t even believe free will exists.15

They intend to control what resources you can use, where you can travel, your health and medical decisions, what you think and what you eat. Look closely, and you will find that all of these plans have already been announced and implementation is in the works.

For example, in August 2021, The Hill published an op-ed by libertarian analyst Kristin Tate, warning a social credit system is coming to America.16 Two years earlier, in 2019, Futurism17 wrote about how the U.S. already has a social credit system that is very similar to China’s, we just haven’t realized it yet, because it was built by Silicon Valley rather than the government.

The plans for individual carbon footprint trackers were announced18 at this year’s Davos meeting for WEF members and invited VIPs. The trackers are being developed by the Chinese Alibaba Group,19 which makes sense, considering the Chinese have already implemented a social credit system20 and individual carbon tracking will be an added facet of that.

“After a quietly held WEF and United Nations General Assembly summit in Switzerland on ‘sustainability,’ they released several shocking videos21 showcasing a glimpse into life after The Great Reset.

The videos range from cows that no longer burp methane thanks to tablets, starfish created in test tubes to fight climate change, drones for reforestation in Africa, enzymes from human blood to stabilize concrete, and poor hygiene to save the environment.

They Want to Control Your Diet

The technocratic cabal also intends to radically transform the food system and is now busily working on ways to eliminate meat from our diet22 and convince us to replace it with synthetic lab creations and fake meat, which by the way is loaded with the worst kind of fat imaginable — industrial seed oils.

To this end, the WEF has partnered with the EAT Forum, which will set the political agenda for global food production. The EAT Forum was cofounded by the Wellcome Trust, which in turn was established with the financial help of GlaxoSmithKline.

EAT collaborates with nearly 40 city governments across Africa, Europe, Asia, North and South America and Australia, and maintains close relationships with imitation meat companies such as Impossible Foods, which was co-funded by Google, Jeff Bezos and Bill Gates.23 (Gates has also been gobbling up farmland, becoming one of the largest private land owners in the U.S.24)

EAT has developed a “Planetary Health Diet” that is designed to be applied to the global population and entails cutting meat and dairy intake by up to 90%, replacing it largely with foods made in laboratories, along with cereals and oil.25 Not surprisingly, Gates is on record urging Western nations to stop eating real meat altogether.26

Forcing a transition to fake meats is bad enough, but it gets worse. Perhaps you’ve seen the odd article here and there over the past few years suggesting we should consider eating bugs and weeds and drinking “reclaimed” sewage?27 Well, those were part of the predictive programming to prime the pump, so to speak. Now we’re entering the real indoctrination phase.

Four primary schools in Wales, U.K., recently conducted a real-world trial to see how children would take to eating mealworms, crickets, beetles and other insects, while simultaneously being indoctrinated to think they’re becoming “ethical citizens” who are saving the planet by ditching meat. According to RAIR, which reported the novel lunch experiment:28

“… the unelected self-anointed global elitists at the WEF have fought for years for westerners to eat bugs … ‘Would you give edible insects a try to help save the planet?’ …

Two years ago, the European Union (EU) classified insects as ‘novel foods.’ In other words: the preparations for insect food have been underway for a long time. As a result, edible insects are increasingly sold across the EU.

The UK Food Safety Authority (FSA) will provisionally allow trade in edible insects in supermarkets and retailers starting in June [2022], with full approval expected next year. Evaluation is currently underway for crickets for human consumption; mealworms are also expected to be submitted soon.”

Being able to see the globalists’ plan as clearly as we can see it now, we have an obligation to future generations to resist, denounce and refuse any and all implementations of the technocratic agenda. We can win, for the simple fact that there are more of us than there are of them, but we have to be vocal about it — we need to join forces and present a united front. We need to peacefully resist and say “No thank you” to everything they try to roll out.

Transhuman Elon Musk: Your Brain Will Get Its Own USB-C Port