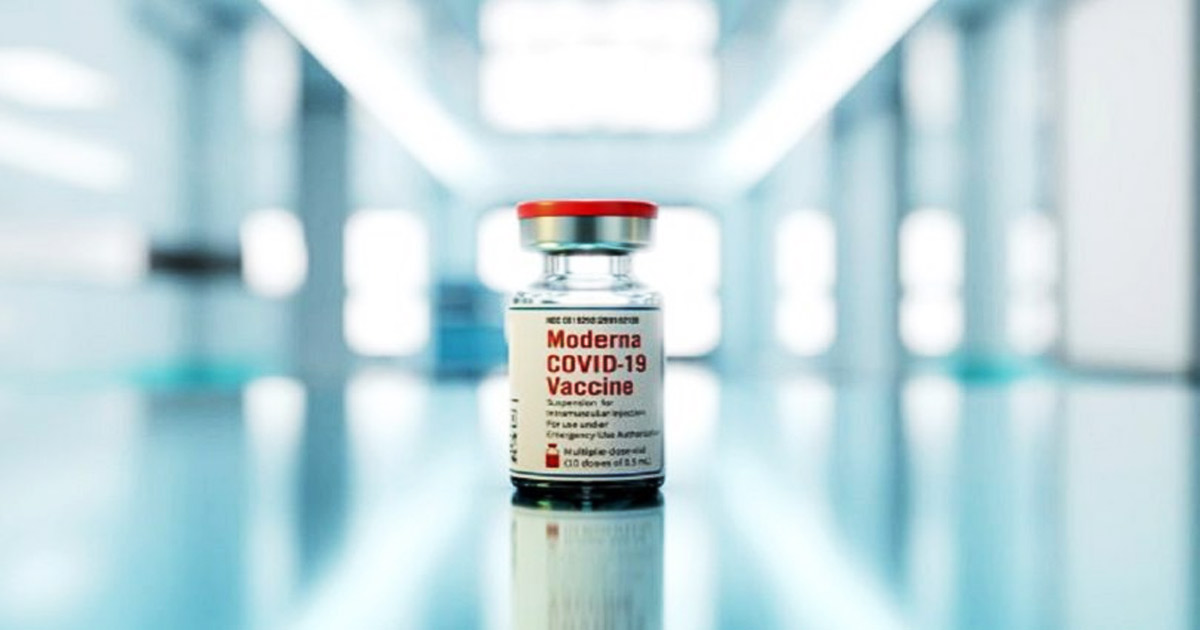 Never mind the myocarditis and unrecorded adverse events, or the waning protection, third doses are coming … and fourth and fifth and sixth …

Not eight months after Covid-19 vaccines made their debut, hailed as a “miracle of science” and the “end of the pandemic,” it now looks like there will be no end to the vaccines.

Vaccine-maker Moderna sure doesn’t; it announced this week that it has inked a contract with the government of Canada to supply 20 million doses of its experimental mRNA shot (with an extra 15 million doses thrown in if required) for each of 2022, 2023, and 2024. Not a bad deal for your first product ever to market — and a drug that’s still in clinical trials to boot.

Especially since Moderna has some problems with the safety of its novel platform mRNA vaccine. Former New York Times writer Alex Berenson reported recently that over just three months after the launch of its novel Covid vaccine, Moderna received 300,000 reports of vaccination side effects, according to an internal report from a company that helps Moderna manage the reports. This is much higher than the numbers reported on the official government vaccine adverse event reporting system that Moderna is required by law to report side effects too.

This week, it was reported that U.S. health officials are reviewing reports that Moderna’s vaccine may be linked to a higher risk of myocarditis – an inflammatory heart condition — in younger adults than previously thought.

Heart inflammation was detected in one data set at a rate of 12.6 per million in 12-to 39-year-olds who got Moderna shots. That’s 12 times higher than the “one in a million” people are told to expect for vaccine adverse events – and it’s just one unexpected life-threatening side effect that has emerged in recent months.

Never mind. There are 105 million doses of Moderna vaccine coming for an entire population of 37 million men, women, and children, including babies. Roll up your sleeves, Canada!

But that’s just the start. Remember way back four weeks ago when the mainstream media echo chamber was asking (as if they didn’t know the answer) if we would need an extra vaccine dose? That’s when the FDA pushed Pfizer back on its booster like a coquettish teenager and said its third dose wasn’t necessary — just yet anyway. Then it rushed headlong into the affair just weeks later. Just weeks after that, the FDA had an Emergency Use Authorization contract in hand and Pfizer had the go-ahead to start doling out its boosters in the United States in September.

Everyone knew the FDA’s pushback was a false show of refusal, didn’t they? Someone in the government of Canada sure did. Way back in April, even before Anthony Fauci began warming Americans up to the idea of booster shots, long before the whole Pfizer-FDA tango, Canadian Prime Minister Justin Trudeau announced at a press conference that his government had secured 35 million Pfizer booster shots for 2022 and another 33 million doses for 2023.

That’s 188 million Pfizer shots. Added to Moderna’s supply that’s 293 million vaccine doses — enough injections to shoot every Canadian nearly eight times over in just three years. Do you think they might have a few booster shots a year in mind? Or are the extras for Canadian cats, perhaps?

In late July, Theresa Tam, the chief public health officer was flirting with the idea like the FDA, telling Canadians that there was “not enough data to suggest that in Canada we would go into boosting as of yet.” Two weeks later, however, shots are going into the arms of “vulnerable” people in Ontario where one minister told the CBC he thinks “booster shots are going to be an important part of continuing to protect our long-term care residents. I’ve spoken to our chief medical officer about that a number of times.”

Most of Canada’s vaccine program has progressed without data though. When Canada delayed its second dose of vaccine months beyond the manufacturers’ directions, even the country’s chief scientific adviser, Mona Nemer, confessed to the CBC it was a “population-level experiment.”

Then, after public health agencies worldwide suspended AstraZeneca’s vaccine when they learned it carries a risk of fatal blood clots and some people who’d already had the first dose of it didn’t want a second, Tam announced they could mix and match different kinds of vaccines like cocktails. A shot of AstraZeneca, followed by a dose of Moderna or Pfizer. This is the new freedom of choice.

Canadians soon learned that Canada’s public health progressivism was frowned upon by other countries, like the United Kingdom and cruise lines who wouldn’t accept their cocktails or let them cross their borders as if vaccinated. The World Health Organization warned that there is “limited data on the immunogenicity or efficacy of a ‘mix and match’ regimen.”

“We don’t really know the exact impacts of adding another dose to the existing schedule,” Tam admitted at a news conference.  She also suggested it could be some time before the mixed shots dilemma gets resolved for the Canadians who took her advice.

“It is going to be a bit confusing and complicated in the next months ahead.”

That remark suggests it hasn’t been confusing and complicated – not to mention illogical and hypocritical – for months getting to this place.

No one seems to be asking why the miracle vaccine needs a booster dose or why, since every vaccination bar ever presented and then raised again — has been passed in Canada – and 99% of long-term care residents are vaccinated, why are heavily vaccinated Canadians – and Israelis and Brits and others –locked down in a “4th wave” of COVID cases? Why is the wonder vaccine failing?

“There has been a marked decline in vaccine immunity,” one doctor wrote this week in the British Medical Journal. Pfizer claimed its vaccine was 95% effective against infection after initial clinical trials, for example, but the Mayo Clinic found that figure had dropped to 42% by July. Of course, “95% and 42% effective” refers only to the “relative vaccine effectiveness in populations,” retired pediatrician Allan S. Cunningham of Cooperstown, New York explained. The real benefit to individuals is only a tiny fraction of 1% for the prevention of serious illness caused by Covid-19.

You may want to read that again just to ensure you have understood the enormous discrepancy between what is claimed and what is real.

In any case, the vaccine failure was seen in Israel – the country held up as the model of vaccination for the globe after it struck a deal with Pfizer to get a good price on its shots in exchange for data on the biggest medical experiment in history.

“This has been accompanied by a huge jump in infection rates, including breakthrough infections in vaccinated individuals,” Cunningham observed, which shouldn’t be surprising given what is known about influenza viruses and waning vaccine protection.

He also noted that the big benefits of natural and durable immunity that the United States was on the cusp of grasping were abruptly “interrupted by massive vaccine rollouts and replaced by the limited immunity from vaccines.”

“This fact is reinforced by the discovery that some of the first U.S. patients to recover from Covid-19 infections have potent antibodies against a diverse range of variants, including the Delta variant.”

He also pointed to the terrifying prospect of the immune system phenomenon called antibody-dependent enhancement of infection (ADE) from vaccines that have been seen before with dengue and respiratory syncytial virus.  It occurs when vaccine antibodies actually facilitate attachment of wild viruses to cells, thereby producing more severe illness in vaccinated individuals than in unvaccinated individuals and it’s a documented risk for  Covid-19 vaccines.

It’s not too late to “step back from a relentless policy of universal vaccination in the U.S. and the UK and concentrate on individuals at truly high risk,” wrote Cunningham. “This would allow the large majority of young and healthy individuals to safely acquire broad and lasting immunity from natural infections, without the risks of adverse vaccine effects, known and unknown.”

Somehow it seems that, like every reasonable and scientifically supported suggestion from thousands of doctors, scientists, and other professionals such as Cunningham, this advice won’t make it to Trudeau and Tam’s booster agenda.

The pandemic will continue so long as they and the pharmaceutical giants want it to continue. Canadians and many others around the globe, including children, will be subjected to scares of variant after scary variant, long after Delta is history. When the letters of the Greek alphabet have run out, we’re told, they will start naming the new variants of Covid after the constellations of stars – Aries and Orion and Gemini Covids are to come. And experimental booster shots for each one of them.